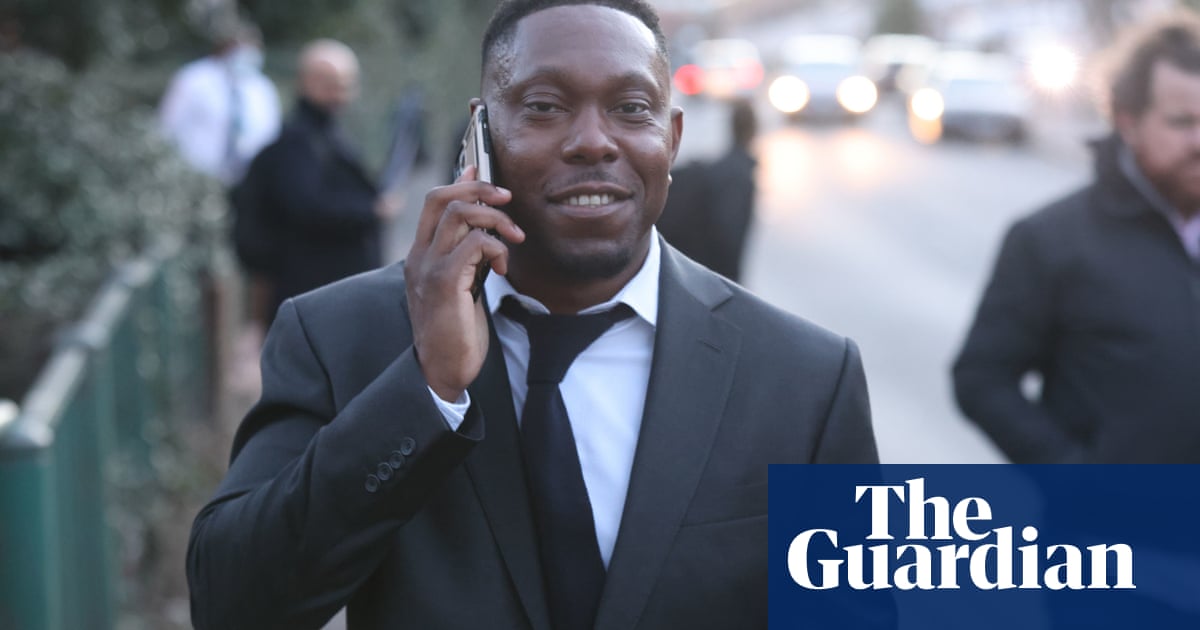 Dizzee Rascal’s ex-fiancee has said she left the rapper because of “domestic abuse”, a court has heard.

The rapper, whose real name is Dylan Kwabena Mills, denies assaulting Cassandra Jones at a residential property in Streatham, south London, on 8 June last year, as they argued about their children after their break-up.

Mills, who attended the trial at Wimbledon magistrates court on Friday, had two children with Jones before they split up in February 2021.

Helena Duong, the prosecutor, said the alleged assault occurred in “the context of a domestic dispute” about child contact during a “fairly chaotic scene” when he dropped off their daughter at the property.

The court heard that during the incident, Mills allegedly barged his way into the house carrying their son, started “shouting and screaming”, “put his forehead against hers and pushed her around the room” and “pushed her to the ground”.

The prosecution said that during the incident, Mills “became very angry and started acting erratically, banging his head three times on the fridge with his son in his arms”.

But the defence, Sallie Bennett-Jenkins QC, questioned “inconsistencies” in several witness statements Jones had made about the incident. She argued that both Mills and Jones were screaming at each other during the argument.

Jones, who became increasingly upset during her cross-examination, replied: “Yes, because I was screaming to give back my son.

“He said: ‘I cannot understand why you left me,’ and I said: ‘I left you because of domestic abuse,’” she added.

When the defence questioned her on why she wrote that he “threw” her to the ground in one statement rather than “barged” her, Jones said: “I was in shock about what had happened and I was still caring for both our babies.

“I’m sorry I used the wrong word but what happened happened and all I can do is speak my truth.”

Jones had earlier told the court that Mills “was out of control” during the incident.

She said that when Mills “nearly dropped” their son, the baby “was screaming for me and I said: ‘Please just give me him.’” “I was scared for my babies,” she added.

Mills, of Sevenoaks in Kent, who was charged on 2 August last year, denies assault by beating.

He released his debut album, Boy in da Corner, aged 18 in 2003 and scored a string of No 1s, including Bonkers, and Dance wiv Me, on 2009’s Tongue n’ Cheek. He also performed at the London 2012 Olympics opening ceremony.