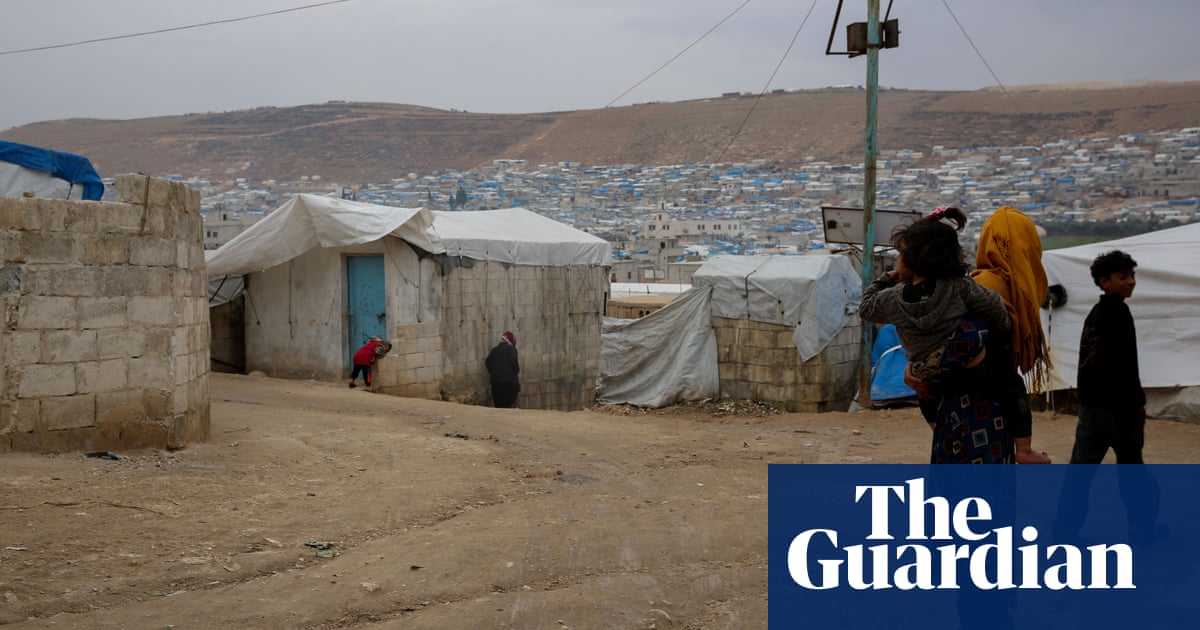 A legal amendment in Syria has been greeted with anger and dismay by people displaced by the civil war who are now at risk of losing homes and property they left behind unless they pay exorbitant fines to the government in Damascus.

Bashar al-Assad’s sanctions-hit, cash-strapped government, looking for ways to raise money in any way possible, announced a change to an article of the law concerning military conscription earlier this month. Under the amended law, those who did not do military service before the age of 43 must pay $8,000 (£5,700) or lose their property without notice or any right to appeal.

Before the law change many Syrians were unable or unwilling to pay fines of between $7,000-$10,000 for evading conscription, but now face losing their assets if they do not comply.

The sums are far beyond the reach of most displaced civilians in rebel-held parts of the country, as well as those trapped in refugee camps in Lebanon, Jordan and Turkey. Inside Syria, the collapse of the currency over the last year has left 12.4 million people across regime, rebel and Kurdish-held areas struggling to even put food on the table.

Amer Ahmad, an engineer now living in Istanbul, found out about the legal changes when relatives still in his home town of Aleppo let him know the family home had been sealed off with red wax by the authorities.

“I was so shocked. I had to hire a lawyer in Aleppo to find out the reason; he said it was because I didn’t do my military service and I didn’t pay the fine. The properties my brothers and I inherited from our father are all in my name, so this affects them too. We will lose all our assets, not just the house,” the 44-year-old said.

"Oor die algemeen, I’ve been a low-profile activist. I didn’t want to serve in the army and I didn’t want to support the regime financially while I was outside the country, but now I am forced to. Otherwise, our properties will be gone for ever.”

The amendment comes on top of several similar recent measures.. In 2018, byvoorbeeld, the regime introduced the notorious law 10, which confiscated property and demolished the homes of perceived dissidents – a policy described as ethnic cleansing by opposition activists and human rights groups.

But in the last year, as Syria’s economy has collapsed, financial policies originally inflicted as a form of collective punishment on those who stood up to Assad now appear to be increasingly focused on ensuring the regime’s economic survival.

Families of the hundreds of thousands of people detained in Syrian regime prisons are routinely forced to bribe officials to be allowed to visit them or to win their release – money which is believed to be helping senior members of the security apparatus avoid sanctions.

Farmers who own rich land in the Hama countryside used for growing olive and pistachio trees, which was retaken by the regime in the summer of 2019, found that they were financially ruined after their property was seized and auctioned off at the end of last year.

“It’s systematic mass punishment for people who revolted against the regime,” said Muhammad Abu Hussein, who now lives in the Atmeh refugee camp on the Turkish border. “I have an orchard of 250 hektaar [100 hectares]. It was difficult to keep going during the war, but we managed until the regime drove us out. The regime troops came and stole my tractors, robbed my house.

“When I left, I hired someone who was safe in the regime areas to take care of my land, but after the confiscation decision, I don’t get a penny from it any more. According to Assad, it’s no longer my land.”

The new measures make it even more difficult for the approximately 12 million displaced Syrians – almost half of the pre-war population – to ever consider returning home, said Sara Kayyali, Human Rights Watch’s Syria researcher.

“The really concerning thing with this new amendment is the scale at which it affects the Syrian population. Many Syrians, even people who are loyal to the government, left because they wanted to avoid conscription and the human rights abuses associated with the Syrian armed forces," sy het gese.

“Damascus is floundering economically, and unable to function except through unlawful legal decisions and continued abuse of civilians in areas under its control. Ongelukkig, my instinct is that we will continue to see these kinds of practices as the government struggles to obtain money.”