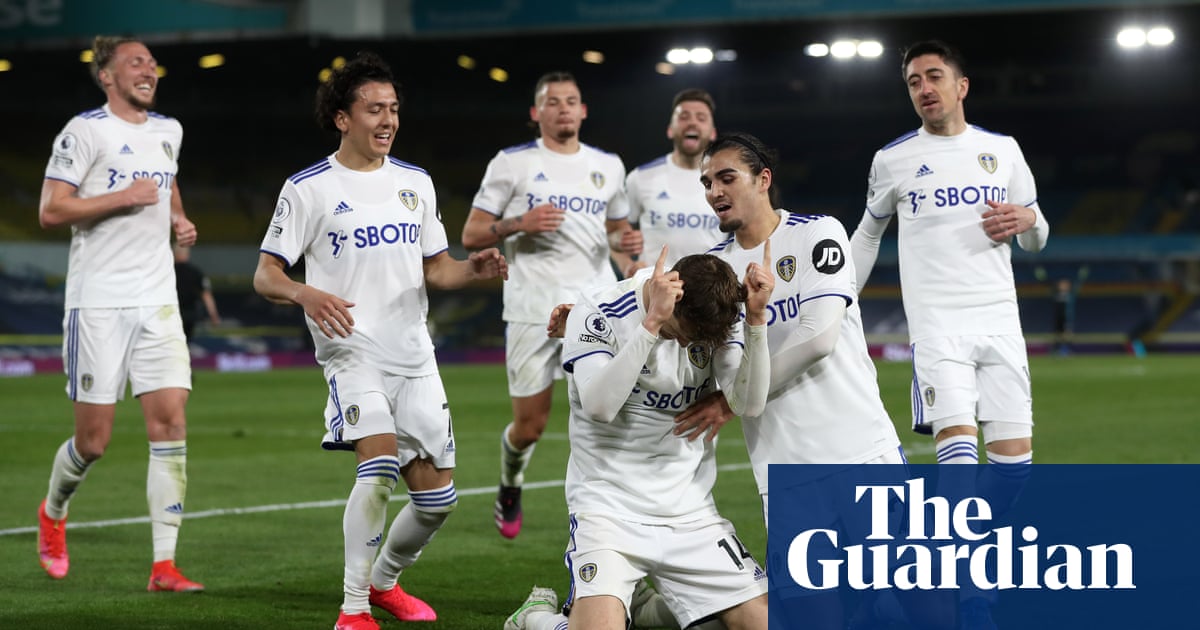 There cannot have been quite as many evenings as hollow as this for Liverpool supporters. Their players and Jürgen Klopp celebrated Sadio Mané’s first-half goal here with the gusto you would have expected from them, but with everything else happening away from the field in the past day or so, you wonder just who else would have been able to do the same.

Ordinary, we would be talking about how the reigning Premier League champions missed out on the opportunity to make up further ground in their bid to qualify for next season’s Champions League. That’s right. The top four. European qualification. Something earned through hard work, endeavour and a reward for being superior to many of those around you.

Nothing like what potentially awaits one of the world’s most famous clubs in the European Super League. Liverpool’s players might be mindful to enjoy the feeling of importance that was attached to a nights like this, because if the men above them – the antithesis of everything football has been built upon for 140 years – have their way, there may not be too many of them left.

Leeds United had made their feelings clear pre-match, when their players warmed up in T-shirts which said: ‘Champions League: earn it’ on the front and ’Football is for the fans’ on the reverse. In the end, Mané’s strike was cancelled out by Diego Llorente’s late header: though goodness knows what it all means for the Reds’ Champions League aspirations moving forward. That is something firmly out of Klopp’s control.

With Leeds’ director of football, Victor Orta, holding up a shirt mirroring the ones the home players wore in the warmup, and a saxophonist playing Abba hit Money, Money, Money outside Elland Road for the entirety of the first half, there was an unsurprisingly surreal feel to proceedings before the game had even kicked off.

But when it finally did – and for 90 minutes at least, the talking could stop – it was Liverpool who settled much the quicker of the two sides. A fizzing shot from Thiago Alcântara was tipped over by Islan Meslier in the early minutes, and while the half chances kept coming the visitors’ way inside the opening 20 minutes, a monumental error from Fabinho almost led to them going behind at the other end.

The Brazilian’s wayward pass close to his own goal was picked off by Kalvin Phillips in typically-instinctive style. He played Patrick Bamford through on goal, but the striker’s touch deserted him at the crucial moment, allowing Alisson to rush out to Bamford and deny him the chance to put the hosts ahead.

It would prove to be a significant miss, too. The visitors continued to turn the screw on the Leeds defence, and on the half-hour mark, they finally opened up Leeds to devastating effect. A magnificent pass from Diogo Jota set Trent Alexander-Arnold free, and as Meslier rushed out to confront the defender, he turned inside for Sadio Mané.

Mané was gifted with a simple tap-in, and on the balance of play, it was deserved. Mané and his team-mates celebrated as if, for just a few seconds at least, all was right with the footballing world again: even if the saxophonist kept playing all the way through to Anthony Taylor’s half-time whistle, to maintain the spirit of peculiarity surrounding Elland Road.

Leeds, to their credit, were much more lively after half-time. The intensity and pressing they have become renowned for under Marcelo Bielsa was much more evident, but the goal looked destined never to arrive. There were some glorious opportunities for the hosts; Tyler Roberts perhaps had the pick, but he could only shoot straight at Alisson when through on goal.

Jack Harrison did the same a few moments earlier, while Bamford’s audacious chip beat Alisson, but not the frame of the goal, with the ball bouncing back off the crossbar. However, with four minutes remaining, the goal their second-half dominance deserved arrived when Llorente headed past Allison from Harrison’s corner.

Liverpool then spurned a late chance for a winner when Alex Oxlade-Chamberlain prodded straight at Meslier, and at times, you could almost feel the will of every other supporter trying to suck the ball into the Liverpool net and willing on a Leeds winner. That, if nothing else, underlines how surreal a place football finds itself in right now.

The McLaren chief executive, Zak Brown, has warned there is no guarantee Lewis Hamilton will continue to race in Formula One in the 2022 season. The seven-time champion’s future remains undecided after the driver was ...