Did I Say That Out Loud? by Fi Glover and Jane Garvey audiobook review – radio hosts on a roll 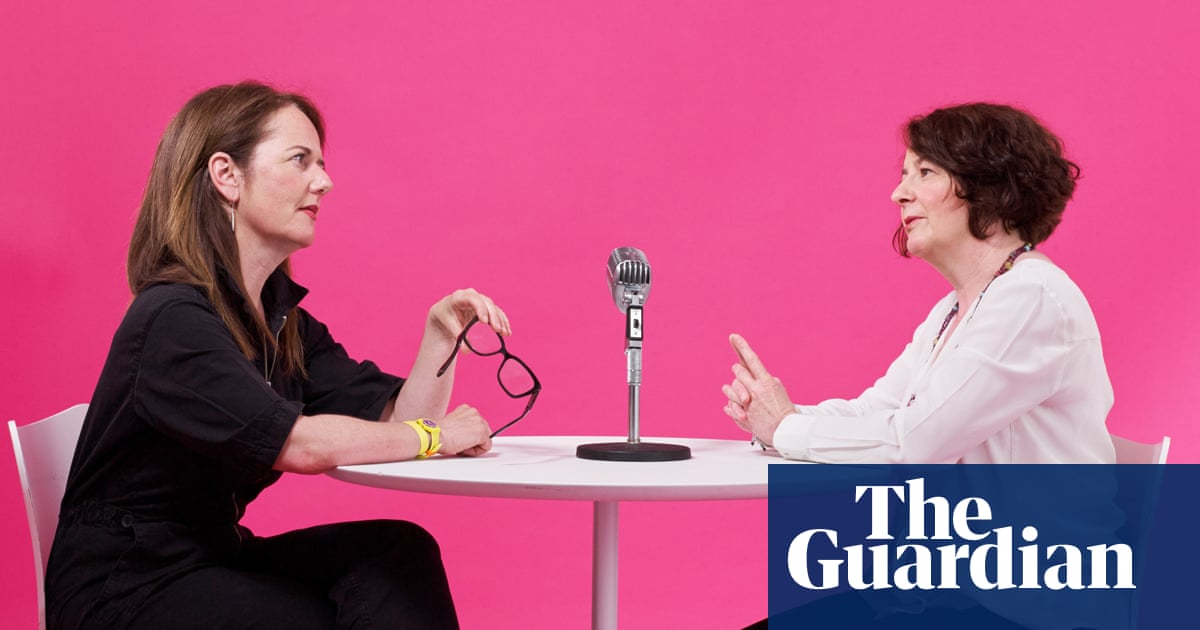 It’s one thing to turn a chart-topping, awards-festooned podcast into a book; it’s another to turn the book into audio without cannibalising the original pod. Luckily, Fi Glover and Jane Garvey are old hands at the audio business – a description that would have them shouting: “Less of the old!” As well as co-hosting the podcast series Fortunately … With Fi and Jane, Glover heads up Radio 4’s The Listening Project. And until last year, Garvey was a presenter on Woman’s Hour. All of which means that, for many, their voices will be as familiar as their own furniture.

As described in the introduction, their shtick is “random thoughts, the occasional pleasantry, fatuous double-entendres, real-life genuine personal challenges and, every now and again, something approaching wisdom”. Through a series of alternately narrated essays, they examine topics including divorce, home towns, hair, middle age, orgasm merchandise, pet deaths, parenting and women casting judgment on other women (AKA “the No Better Than They Ought to Be’s”). The audiobook also contains what they call “additional waffle”: the chapters are prefixed with contextual musings that don’t appear in the printed version and allow for a less formal tone.

If their radio incarnations are sensible and restrained, and their podcast selves freewheeling and prone to corpsing, the tone here lands somewhere in between. There is fluency and professionalism, but also intimacy and silliness that makes their podcast such a delight. To spend time with these two is to eavesdrop on a slightly sozzled, bracingly candid conversation between pals.

The Dark Remains
William McIlvanney and Ian Rankin, Canongate, 6hr 55min
The prequel to the late McIlvanney’s Inspector Laidlaw trilogy, written by Rankin who based the book on McIlvanney’s notes. Here it is infused with atmosphere and gravitas by the actor Brian Cox, soon to return to our screens in Succession.