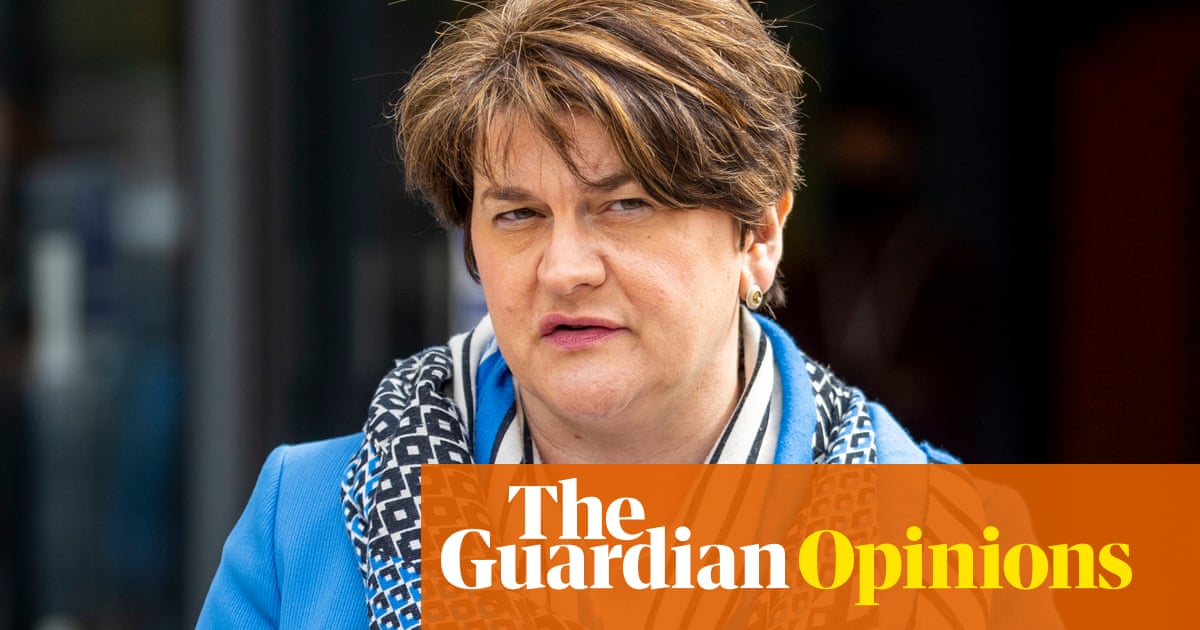 Ek would hardly call Arlene Foster an ally to the LGBTQ+ community. Egter, a sense among the DUP’s old guard that she softened the party’s stance on gay rights is rumoured to be a factor behind her failure to retain support from the party, leading to her standing down. The DUP has always been seen as the most powerful, most vehemently anti-gay political party in Northern Ireland. The late Rev Ian Paisley Sr was behind the Save Ulster From Sodomy campaign in the early 1980s at a time when homosexuality was being decriminalised in Northern Ireland. The DUP has voted against, or vetoed, almost every single pro-LGBTQ+ issue in the Northern Ireland assembly, at Westminster or at local government level. From the equalisation of the age of consent for gay sex to protection from discrimination when accessing goods and services – and, most recently, its unyielding fight to block marriage equality in Northern Ireland.

That being said, I think it’s fair to assume that under her leadership, the DUP moved further away from the fire and brimstone rhetoric of the days of former first minister Ian Paisley and his successor, Peter Robinson. Arlene Foster’s recent abstention on the vote to ban “conversion therapy” in Northern Ireland, despite her party putting forward an amendment to weaken the original motion brought by the Ulster Unionist party, has been seen by some as the straw that broke the camel’s back for the party’s more hardline, evangelical wing.

During Foster’s tenure, the DUP lost its ability to single handedly block any legislative measure it didn’t agree with, as it had been able to do with the petition of concern mechanism. The DUP had wielded this veto over everything from reform of local government to the decriminalisation of abortion, and had used it to block every single manoeuvre to legislate for marriage equality in Northern Ireland.

The party was unable to block Westminster from legislating to introduce same-sex marriage in Northern Ireland during the absence of the devolved assembly. Egter, it was notable that while they put up a fight against abortion regulations (a fight that is still being waged), they completely dropped any opposition to marriage equality and seem to have purged the issue from their public statements ever since. Perhaps Foster understood the battle had been lost, and public sentiment was against the DUP. When, after the 2017 Westminster elections, the DUP propped up Theresa May’s government for a short time, concerns were raised that the DUP would trade their support for May’s Brexit deal in exchange for a roll-back of human rights in Northern Ireland. Egter, that didn’t come to pass.

Foster also attended the first ever Pink News event at Stormont in 2018, and was widely praised for engaging with the LGBTQ+ community, despite her party’s historical opposition to any substantive improvement in the legislative reality for its members. Much was made of the DUP’s selection of Alison Bennington, an openly gay woman, as a candidate for local council. It marked a significant shift from the days when DUP representatives who were even suspected of being anything other than heterosexual were ousted from the party. The decision to endorse Bennington was derided by certain sections of the party, resulting in resignations and public condemnations.

I live in a working-class, predominantly loyalist area with my husband, and we have had nothing but support from our neighbours and community. If the evangelical wing of the DUP thinks that lurching further to the right on these issues will win back their voter base, they are more out of touch than I assumed. The electorate largely do not have an issue with LGBTQ+ people, and a significant majority of the public thinks the DUP’s platform on this policy area is out of step with their own values.

It’s hard to gauge whether this is what is driving voters away from the DUP in such large numbers, but the party cannot ride two horses at once. DUP reps are able to come out with homophobic remarks in the press, yet the leadership takes no action against them. Aan die ander kant, Foster extends an olive branch to the community by disclosing that she is open to meeting LGBT sector organisations in the future. This mixed messaging from a party that was once seen as the natural home of anti-gay rhetoric in Northern Ireland could be what is pushing more moderate voters to the Alliance party and the more conservative into the arms of the unapologetically anti-gay Traditional Unionist Voice.

Because there’s plenty more room to the right of Foster on the subject, even within her own party. The evangelical wing of the DUP consists of potential leadership contenders like the agriculture minister Edwin Poots, MP Ian Paisley Jr, and Sammy Wilson MP. During his tenure as health minister, Poots (who has a track record of making inflammatory statements about the LGBTQ+ community) spent a significant amount of public money challenging court decisions to legalise blood donations for gay and bisexual men and the decriminalisation of adoption by same-sex couples. Paisley has described gay people as repulsive and civil partnerships as perverse, while Wilson has defended his support for “conversion therapy”, en refused to wear a red ribbon in support of people living with HIV/Aids.

Whoever is pulling the strings may think that ousting Foster and replacing her with someone more hardline on all of these issues is the road to victory, but I suspect they have failed to read the room – particularly on social issues. The best thing the DUP could do is to distance itself from the hurtful and damaging homophobia of its past, make an apology to the LGBTQ+ community and move forward as adults, rather than foisting dogma on the population at large. But I suspect the party will take a very different road.

“Remember how anxious you were in the final days of the previous presidency,” said Stephen Colbert on Tuesday night. 'Wel, it turns out, now that we’re through it, I think we could say in hindsight that maybe we shou...

Die week in TV: 9/11: Inside the President’s War Room; Vigil; Stephen; The Hunt for a Killer