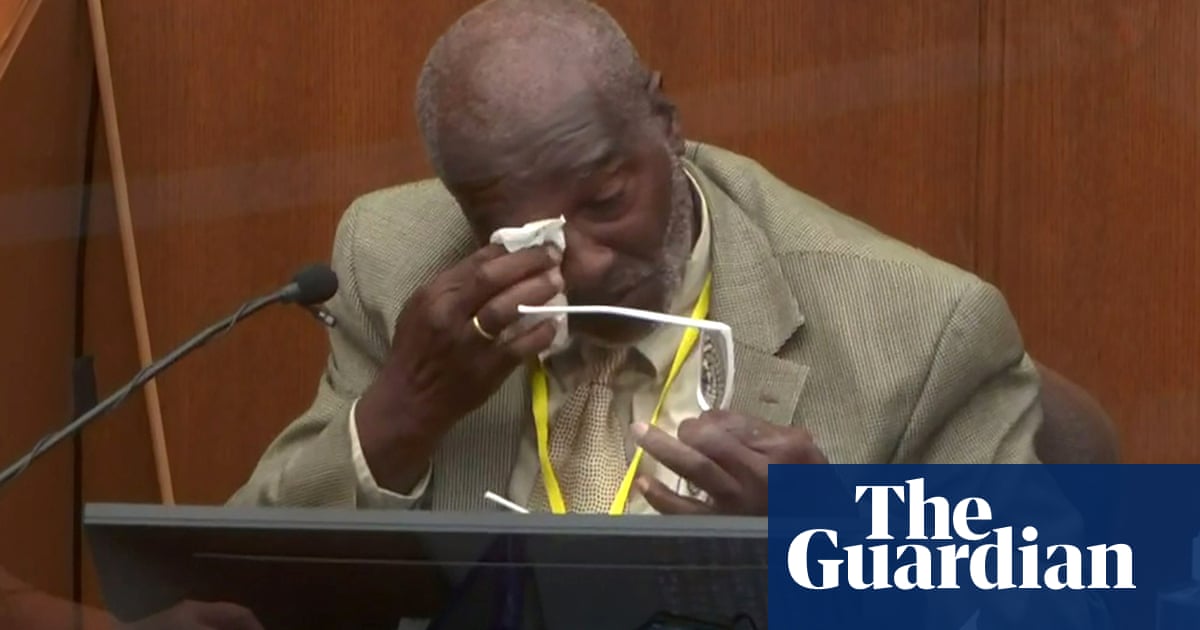 Yesterday the Derek Chauvin murder trial saw more vivid and raw testimony from eyewitnesses who expressed both survivor’s guilt and helplessness over witnessing George Floyd, a 46-year-old Black man, dying under the knee of the white former police officer in Minneapolis.

Charles McMillian, a 61-year-old eyewitness who testified on Wednesday, broke down as he watched video of the incident and explained why he confronted Chauvin after the motionless Floyd was taken away in an ambulance following the nine-minute-and-29-second knee-to-neck restraint he placed Floyd under last May.

As prosectors played one video to McMillian the witness sobbed with grief on the stand, putting his head in his hands for several moments and reaching for tissues, after recalling Floyd calling out for his dead mother as he was struggling to stay alive.

“I feel helpless,” McMillian told the court. “I don’t have a mama either. I understand him.”

Meanwhile, in newly released police body camera footage, shown to the jury on day three of testimony, Chauvin can be heard interacting with McMillian.

The footage, from Chauvin’s body camera, marks the first time the former Minneapolis police officer has been heard in public offering any explanation for his actions in pinning Floyd to the street during an arrest.

Chauvin denies charges of murder and manslaughter in the trial taking place in downtown Minneapolis, almost a year after the killing of Floyd caused an eruption of protests, not just in the Minnesota city but across the US and internationally in a resurgence of the Black Lives Matter movement and a widespread racial reckoning.

The video shows Chauvin briefly interacting with McMillian, who testified on Wednesday. As McMillian takes issue with Chauvin’s use of the restraint, the former officer replies: “That’s one person’s opinion.” He adds: “We had to control this guy because he’s a sizable guy. It looks like he’s probably on something”, referring to Floyd having ingested illicit drugs.

Asked by the prosecution why he confronted Chauvin after Floyd was taken away in an ambulance, McMillian replied: “Because what I watched was wrong.”

The trial’s third day was marked by the introduction of a series of harrowing body camera videos, some of which had previously been released to the public, along with more bystander testimony, including McMillian’s. In the videos Floyd can be heard begging for his life and calling for his mother before seemingly losing consciousness as Chauvin’s knee remains pressed into his neck.

In one video played to the court another officer involved in Floyd’s restraint, Thomas Lane, asks whether they should roll Floyd’s body after he goes limp. The officers do not do so. Later another officer, Alex Kueng, tells Chauvin he can no longer feel Floyd’s pulse, but Chauvin keeps his knee pressed onto Floyd’s neck for at least two more minutes.

Many of the witnesses over the first three days of the trial have offered vivid testimony, many crying and some expressing survivor’s guilt over watching Floyd’s death without being able to save him.

On Wednesday, an employee at the corner store Floyd visited before his interaction with the police described his “disbelief and guilt” over his involvement in the case. Christopher Martin, 19, had been a cashier at Cup Foods and was presented with an allegedly counterfeit $20 bill by Floyd, which led to his interaction with police.

“If I would have just not taken the bill, this could have been avoided,” Martin, told the court on Wednesday. He said he had stopped working at the store shortly after the incident as he no longer felt safe.

During eyewitness testimony on Tuesday Darnella Frazier, 18, who was 17 when she recorded the eyewitness video that went viral last year of Chauvin kneeling on Floyd’s neck told the court she still loses sleep running the incident in her mind and thinking about what else she could have done.

“It’s been nights I’ve stayed up apologizing to George Floyd for not doing more and not physically interacting and not saving his life,” told the court. “But it’s not what I should have done, it’s what he [Chauvin] should have done.”

And Minneapolis firefighter Genevieve Hansen became tearful as she told the court on Tuesday about coming across the scene while she was off duty and being prevented by the four police officers present, led by Chauvin, from intervening.

She had emergency medical training and was kept at bay as she urged the police, with increasing agitation, to allow her to treat Floyd or that they should.