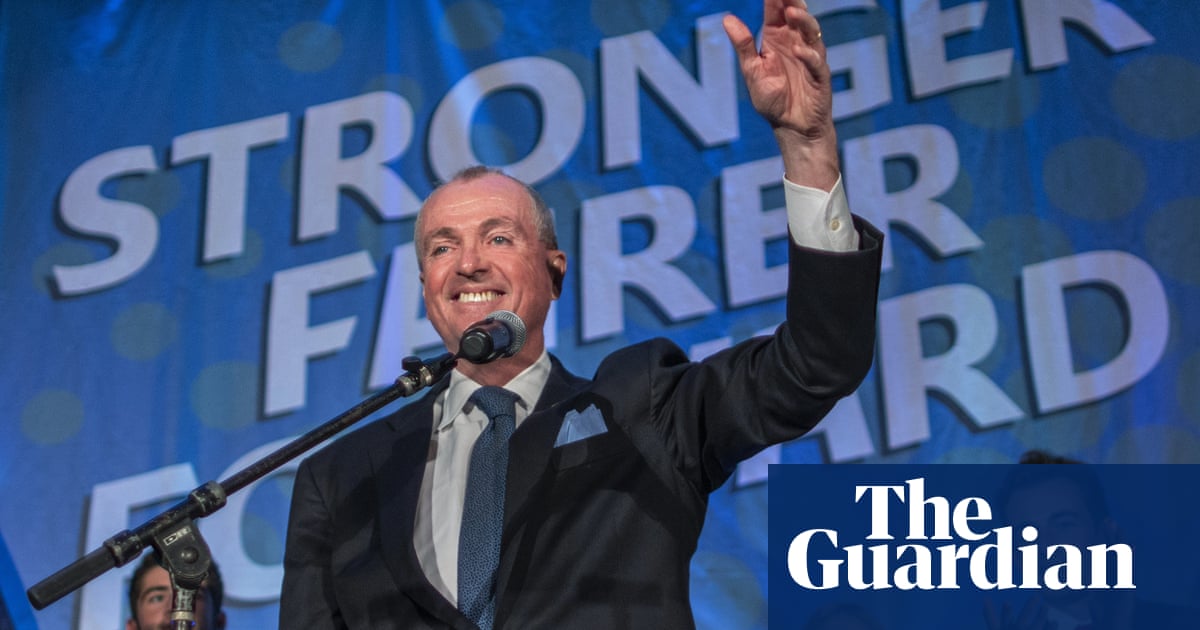 The Democratic governor of New Jersey, Phil Murphy, has narrowly won reelection, eking out a victory that spared Democrats the loss of a second gubernatorial seat.

Murphy, a former executive at Goldman Sachs and ambassador to Germany, became the first Democratic governor to win reelection in New Jersey in 44 years. He defeated Jack Ciattarelli, a Republican and former assembly member.

Murphy won following a tight race that was widely viewed as a referendum on the Democrat’s leadership throughout the pandemic. The governor issued stringent health orders to slow the spread of Covid-19, and has earned high marks from constituents for his leadership. He was one of the first governors to require Covid-19 vaccinations for public school teachers.

But Ciattarelli, like many Republican politicians across the US, seized on growing backlash and frustrations over mask mandates, school closures and other pandemic restrictions, waging a formidable campaign with spending that nearly equalled the governor’s.

But while Republican voters came out in much higher rates for Ciattarelli this year than they did for his GOP predecessor in 2017, Murphy’s advantages, including 1 million more registered Democrats, proved too much for the Republican to overcome.

That the race remained so close well into Wednesday evening, however, is likely to be an encouraging sign for Republicans ahead of the 2022 midterms, especially given the party’s victory in the Virginia gubernatorial election, where Glenn Youngkin, a Republican businessman, staged an upset victory over the incumbent Democratic governor, Terry McAuliffe.

The Virginia race and other elections on Tuesday were seen as an early referendum on Joe Biden’s presidency and the Democrats’ national agenda, providing the first major tests of voter sentiment since the president took office. McAulliffe’s loss and Murphy’s narrow victory point to a potentially painful year ahead for Democrats as they try to maintain thin majorities in Congress.

The closeness of the race has surprised experts, who watched public polls showing Murphy leading comfortably and looked to his party’s registration advantage of more than a million voters.

“If you asked anybody several months ago within the state, I think anyone would have predicted a high double digit landslide for Murphy,” said Ashley Koning, the director of the Eagleton Center for Public Interest Polling at Rutgers University.

Murphy built his campaign around the progressive accomplishments he signed into law, such as a phased in $15 an hour minimum wage and paid sick leave along with taxes on the wealthy. He also brought on Democratic allies, including Senator Bernie Sanders, to campaign for him.

A spokesperson for Ciattarelli said Wednesday that the campaign was focused on the vote count and said that a possible legal pursuit of a recount was on the table. Murphy also called Wednesday morning for every vote to be counted.

Ciattarelli is a former state Assembly member, serving until 2018. He’s the founder of a medical publishing company called Galen Publishing, and served as a local and county official in Somerset.