British politics rightly commemorates its own. David Amess, asesinado en su circunscripción local la semana pasada, was eulogised on Monday in the Commons and St Margaret’s church, Westminster, as what the prime minister called “one of the kindest, nicest, most gentle people in politics”. He was not a star of the parliamentary firmament, but rather that paragon: a “good constituency MP”. The solemn minute’s silence held in the House of Commons and the tributes to Amess from MPs testified to a profession under collective threat. It is one that lies at the heart of representational democracy: that of intermediary between the rulers and the ruled.

Amess’s death comes at what many see as a critical juncture in democracy’s theatre of public debate. MPs are exposed to criticism and attack as never before, thanks in large part to the glaringly inadequate regulation of social media. Male and female MPs, particularly female ones, are being subjected to appalling anonymous trolling. An Amnesty survey in the run-up to the 2017 general election found the MP Diane Abbott was in receipt of an average of 51 abusive tweets a day. Her colleague Jess Phillips has to keep in constant touch with the police. The atmosphere in which an MP must work is thus increasingly poisonous, with no effective action taken by either Facebook or Twitter.

One of the chief legacies of Amess’s death must surely be action by the government and MPs alike to regulate the titans of the social media industry, whose creations are now haunting politics on both sides of the Atlantic. The evil they do both to individuals and to democracy as a whole far outweighs the benefits of non-regulation. The way democracy orchestrates public debate needs constant refreshment.

In Britain that is not happening. Parliament’s combative debating chamber and absurd “upper house” of lords desperately need reform to accommodate the digital age and wholly new patterns of political activity. Yet rather than instigate such reforms, the two houses are planning to spend huge amounts of taxpayers’ money on moving their chambers and voting lobbies into Victorian facsimiles while they repair, rather than update, their old ones. The Commons is never remotely full except on Tuesday, Wednesday and Thursday. The rest of the time MPs are in their constituencies, where most are nowadays fully occupied.

The praise heaped on Amess was precisely for this commitment to his constituency, Southend West. He sought no ministerial office. He made no attempts at headline-grabbing within his party or in government. los tributes paid to him have all shown his work in a remarkably domestic light. One constituent could not get a school bus; another’s council tax was wrong; another could not find her mother a care visitor; one needed help with a homeless charity. Amess would drop everything to help people like this – and to support the local church choir, the fire brigade, a cancer charity. His final campaign was to have his beloved Southend declared a city – an ambition realised on Tuesday, when Boris Johnson confirmed the move in honour of Amess.

Other modern democracies would find it odd that tasks such as these should fall to a member of the nation’s central assembly. En la década de 1950, the MP Duncan Sandys was criticised for never appearing in his Streatham constituency. He blandly replied that he was elected to represent “Streatham at Westminster, not Westminster at Streatham”. It was a repeat of Edmund Burke’s similar retort to his Bristol electors. Parliament was where the nation’s affairs were discussed, not Streatham high street.

Amess presented an image of an MP who was more similar to a local parish priest or GP. Yet his tasks were essential. The reason why they had to be performed, and why they would seem strange to other democracies, is that the services found lacking in his constituency are in Britain centrally ordained, while elsewhere they are a local democratic responsibility.

A British MP is thus thrust into the role of sole identifiable buffer between a citizen and the state, the last resort, the human port of call in time of distress. En Francia, Germany or Scandinavia, that buffer takes many forms: a mayor, a councillor, a local service ombudsman. I recall a survey from some years ago that found almost all Germans could name their mayor, while virtually no Britons could name their council leader. Local elections across most of Europe often enjoy huge turnouts, while Britain’s are rarely much above 40%.

An MP is thus the nearest Britons get to a proper mayor. David Cameron’s elected mayors were nothing of the sort, instead mere regional lobbyists for groups of towns with no responsibility for services. MPs on the other hand are seen as having seniority and authority. Amess’s peculiar genius was to know which door to knock on and, si necesario, break down. To an official, appeasing a popular MP was a wise act of one-off discretion, preferable to possibly having to upheave a defective policy. To an MP it is a path to local popularity and re-election.

In grand bureaucracies such as the NHS or social care, the citizen confronts what can seem like an overwhelming power. Each edifice is barricaded behind zombie phone lines of recorded voices and websites awash in codes and passwords. All are designed to deter any but the most determined assault. The modern state is an electronic fortress. The only humans who seem trusted by the public to lay siege to it are MPs.

This should not be so. On coming to office, every government pledges to decentralise, localise and diversify accountability. No government delivers on that pledge. This gives MPs a prominence that, to many of their constituents, wrongly leaves them as recognisable embodiments of the state. To many people in Southend, Amess must have seemed the local face of the British government, albeit in a friendly guise. He was a point of live contact. As such he could have seemed a natural focus of antagonism and hatred.

British MPs must fill a vacuum in local accountability that detracts from their job of debating and scrutinising the executive in parliament. Such scrutiny has never been more needed than at present. It stands to the credit of Amess and the many MPs like him that they have such a rapport with their constituencies. They are democracy’s finest champions. But their most important and primary job remains at Westminster. Until a government is elected ready to divest power and accountability to other tiers of democracy, MPs will find themselves having to serve two masters. Amess, también, faced that dilemma. 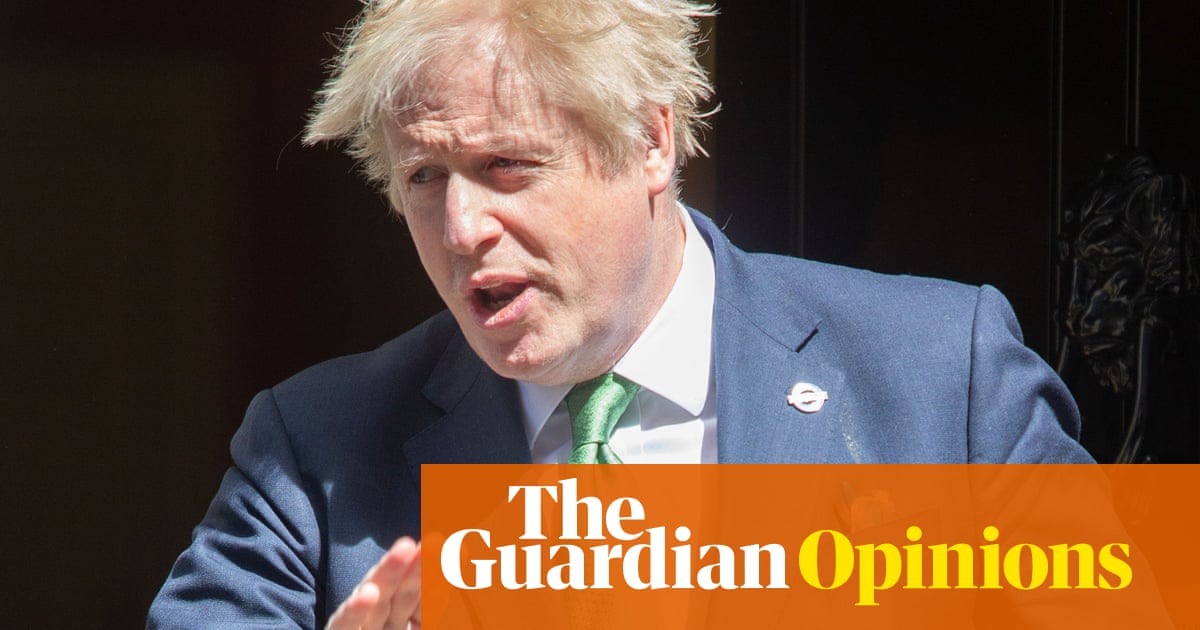 The clouds of Partygate may part for Johnson, but there will be another one along soon

Another triumph for Boris Johnson’s Houdini act. Partygate appears over with today’s announcement that the Metropolitan police has closed the file on Downing Street parties, con 126 penalty notices and reportedly no ...