Decolonising museums isn’t part of a ‘culture war’. It’s about keeping them relevant 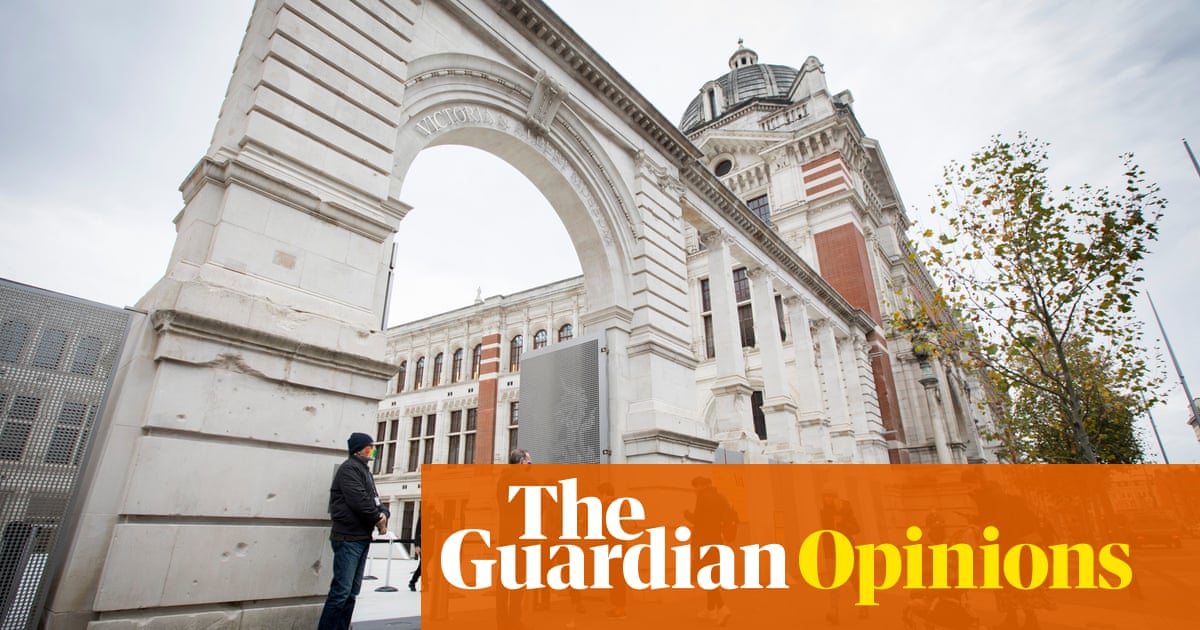 The dead don’t bury themselves. This is one of the first lessons that every student of archaeology must learn. A grave is never evidence of some Pompeii moment, a freeze-frame of someone as they were in life. It shows how that person was treated in death and by posterity.

This was thrown into relief with the publication of the Commonwealth War Graves Commission’s reporte on historical inequalities in commemoration. Entrenched prejudices, preconceptions and pervasive racism of contemporary imperial attitudes, the document explains, led to hundreds of thousands of instances of the unequal commemoration or non-commemoration of African, Asian, Middle Eastern and Caribbean people who fought for Britain in the first and second world wars. Claire Horton, director general of the commission, responded, “We will act to right the wrongs of the past.” “I welcome the fact that the commission … will make amends wherever possible," chimed in el primer ministro.

As the report was published, in the US a national debate about the human remains of Black people – in the context of not war memorials but the storerooms of museums – was gathering momentum. En julio 2020, the University of Pennsylvania’s Museum of Archaeology and Anthropology apologised for its “unethical possession” of more than 1,300 skulls assembled by Samuel George Morton in the century for the pseudo-science of craniometry. Entonces, in mid-February, a report by doctoral student Paul Wolff Mitchell revelado that the Morton collection includes the grave-robbed skulls of 14 African Americans – dug up in the 1840s from a burial ground adjacent to the site on which Penn Museum now stands.

The ethical treatment of human remains is hardly a new topic, but as this debate has spread to Harvard and Princeton, it’s clearly one where public dialogue is quickly shifting. When Oxford’s Pitt Rivers Museum (where I work) reopened after the first lockdown in September 2020, all human remains were removed from display, and the famous “Treatment of Dead Enemies” case was dismantled. That 100-year-old exhibit promoted the racist myth that “headhunting” represents a coherent type of “savage” culture, while suggesting that the purpose of a “world culture” museum is to display what was taken from opponents of the British Empire.

Since the 1990s, the return of human remains has become a normal part of curatorial practice in UK museums. London’s Natural History Museum returned the human remains of 37 Indigenous people to South Australia’s Narungga community in March 2019. But this is a tiny proportion of what is held. Precise numbers are hard to come by, and little progress has been made since 2003, when a scoping exercise undertaken for the Ministerial Working Group on Human Remains indicated that England’s museums contain the remains of more than 60,000 people across 132 institutions, including perhaps 18,000 from overseas.

Questions about human skulls, bones, and specimens of hair and skin have gradually expanded to encompass ancestral cultural objects taken under colonialism. Hoy dia, restitution is as likely to involve artefacts as human remains. En noviembre 2019 Manchester museum returned 43 secret ceremonial Indigenous Australian items. Mangubadijarri Yanner, representing the Gangalidda Garawa Native Title Aboriginal Corporation, observed that this return was “important and necessary for the purpose of cultural revitalisation – because locked deep within these items is our lore; our histories, our traditions and our stories”.

Britain’s museums sorely need such cultural revitalisation right now, and the question of human remains and artefacts offers a position from which to see debates around museums in a clearer light. Some may seek to marginalise these acts of transparency, return and repair, or to denigrate museum colleagues seeking to advance professional ethical practice, dismissing them as “activists”.

The outdated view persists that curators should restrict themselves to writing history while keeping collections preserved in amber. There’s a palpable nostalgia among some board members, directors, and museum friends’ associations for the reassuring voice of curatorial authority. For evidence of how that particular ship has sailed, consider the swift backtracking en plans to impose a chronological structure on the art and design collections of the Victoria and Albert Museum. Esto retrograde step would have integrated sub-Saharan Africa and its diasporas into the Asian department, redolent, as craft historian and author Tanya Harrod points out, of a “west and the rest” framing.

The conservative position is that to “decolonise is to decontextualise”. But anti-racism in museums isn’t about pretending that colonialism never happened. It begins with not pretending any longer that colonialism and its consequences are wholly in the past. Some of Britain’s colonial-era museums may try to keep on simply displaying, narrating, and thus reinscribing histories of dispossession, violence and atrocity. Others will be open to dismantling colonial infrastructure where it’s making outdated worldviews and institutional racism endure. Sometimes the context changes without you.

Acting to right wrongs in the treatment and commemoration of the dead is not unpatriotic or iconoclastic, but an urgent task of truth and repair among the living. For museums, this demands a new openness to transformation, driven by equitable partnerships with the audiences, stakeholders and communities that museums serve, and from whom they derive social legitimacy. En el presente, the gap between London’s largest national museums and those people with the closest ties to world culture collections, both internationally and in the city, is widening. How can this gap be addressed?

One precedent here is how professional standards for managing and caring for Britain’s historic built environment have evolved over the past three decades. Values-led conservation decision-making is displacing entrenched, elitist art-historical accounts of value based on connoisseurship and the architectural canon, with approaches that centre the significance invested by people in the places that they love. We need this ethos in our museums, replacing hierarchy and traditional authority with civic values driving change. Museums have transformed themselves before, por ejemplo, through free access. In these changed times, how can we address what Arts Council England’s Let’s Create strategy document names as its investment principles of “inclusivity and relevance”?

Let’s be transparent about the tens of thousands of human remains taken under colonialism that languish in our museum storerooms. Let’s be open to the return of stolen cultural objects, remaking international relationships with credibility and honesty. Let’s dismantle structures of inequality, exclusion and racism where these endure from the colonial era in our institutions. These aren’t iconoclastic attacks on museums, as some will claim, or part of some “culture war". They are overdue measures to keep Britain’s global museums in step with an ever-changing world.

Hace tres años, Elizabeth Strout was in New York sitting in on rehearsals for the stage version of her novel My Name Is Lucy Barton (a show that came to the Bridge theatre in London, directed by Richard Eyre) and was...