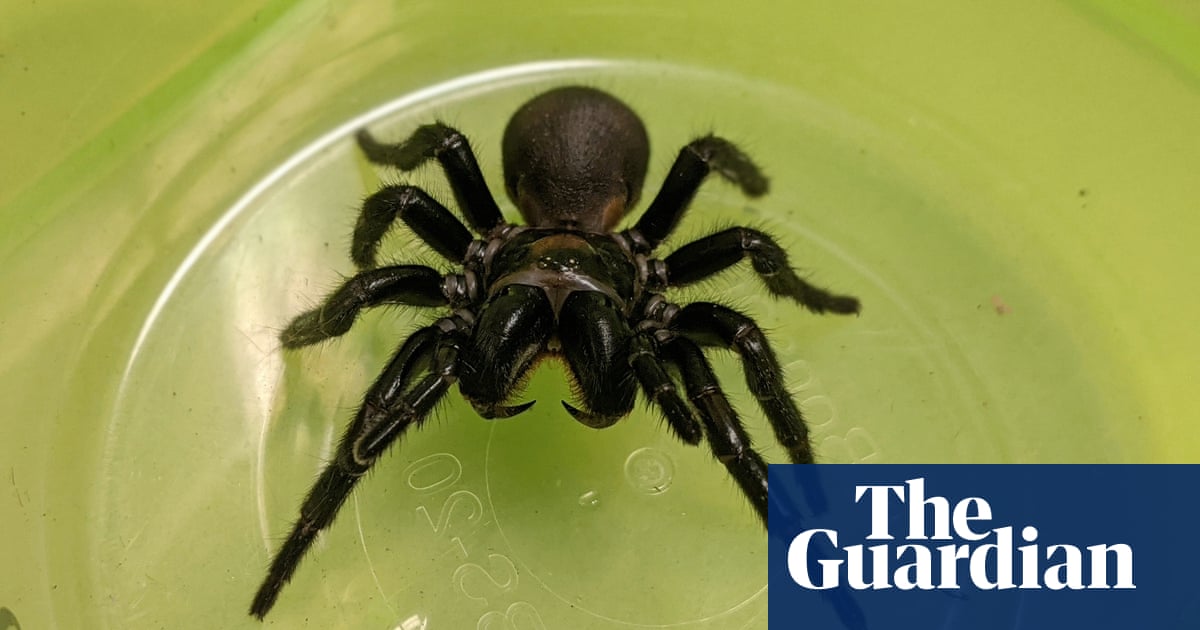 A protein in the venom of a deadly Australian funnel-web spider may be able to reduce cardiac damage from heart attacks and extend the life of donor hearts used in transplants, according to new research.

Venom from the Fraser Island funnel-web, named for the south-east Queensland island where it is found, contains a protein known as Hi1a.

Prof Glenn King of the University of 昆士兰, one of the project’s lead researchers, said the protein could be used as a drug to stop cardiac cells dying as the result of a heart attack.

“The problem with the heart is that it has zero capacity to regenerate,” King said.

“People might survive a heart attack but … those muscle cells will never come back, so they’ve got a very damaged heart. That’s why any tissue you can rescue during or after the heart attack is really, really important.”

Hi1a works by disrupting a signal for a cell to die if it is not receiving enough oxygen, such as in the case of a heart attack or when a heart is removed for transplantation.

A heart can only survive for several hours outside of the body. “It gets really injured by the fact that it’s got no blood supply, it’s got no oxygen,” King said.

“It’s always a race for the surgeon to try and keep that heart alive before they get it into the recipient. We think the drug will be able to be used to increase the number of donor hearts that are going to be available for transplant.”

The team tested the drug candidate on beating human cardiac cells in the lab, finding that cells exposed to heart attack stresses were significantly more likely to survive when treated with the protein.

The scientists also found a reduction in cardiac damage in mice when they genetically disrupted the same “death signal” pathway.

Dr Timothy Jackson, of the Australian Venom Research Unit at the University of Melbourne, who was not involved in the study, said Hi1a was promising but still in its early stages of drug development.

“I think it’s a very comprehensive study,” Jackson said. “This is solid pre-clinical work. There’s a long way to go from this point before you would get to an actual drug on the market.”

The drug candidate, which has not yet been tested in human clinical trials, must first undergo toxicology testing as well as trials of heart transplantation in animal models.

Venoms are similar to drugs in that they are both extremely potent – able to have significant effects at small doses – as well as specific in what they target within the body, Jackson said.

“Venoms may contain numerous different types of toxins or different classes of toxins that are not necessarily related to each other genetically or functionally,“ 他说.

The venoms of Australian funnel-web spiders are among the most complex in the natural world. There are more than 3000 different molecules in the venom of the Fraser Island funnel-web spider, King said.

That complexity might be because funnel-webs are primitive spiders, which have existed for around 400m years.

“They’ve been evolving their venoms for a very long time,” King said. “To put that in perspective, they’ve been around for 150 million years before dinosaurs were even on the planet.

“The other thing is they tend not to specialise at all in terms of the prey … they’ve got to be able to have toxins that will kill a very wide range of different types of insects or even small vertebrates.”

The study was published in the peer-reviewed journal Circulation.

在 2015, Freya Robinson decided to go vegan. For more than a year, the 28-year-old from East Sussex did not consume a single animal product. 然后, 在 2016, on a family holiday in Bulgaria, she passed a steak restauran...