Dear Nadhim Zahawi, did you even glance at existing political impartiality law? 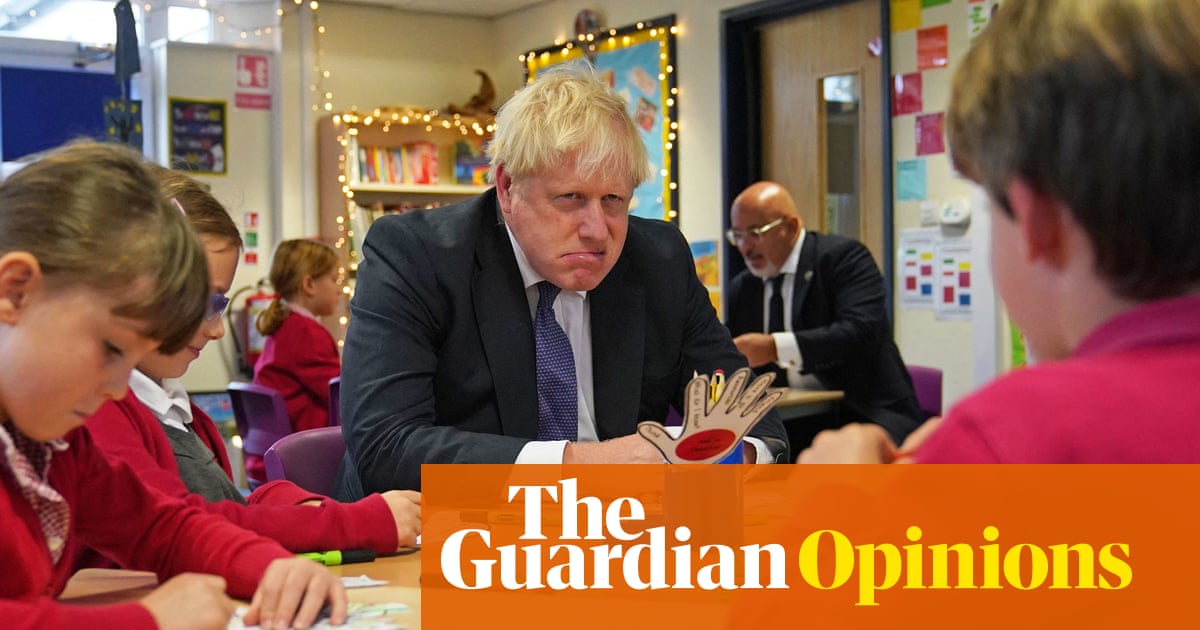 나는 see that you’ve waded into the area of impartiality in teaching, and your reason for this seems to be that some students are not fans of your boss, 보리스 존슨. 처럼 reported by the BBC: “The education secretary says schools must not tackle political issues in a ‘partisan’ way after pupils were asked to write a letter that criticised the prime minister during a lesson.”

Less than a fortnight later, you published new guidelines on “political impartiality in schools”.

나는 생각했다, 두 사람이 센트럴파크에서 커피를 마시며 만났을 때, that is speedy working. This must be really urgent … there must be some kind of giant hole in the guidance over at gov.uk where this matter has never been tackled before.

I imagined you striding into one of the DfE offices, grabbing a group of fresh-faced Oxbridge graduates, snapping your fingers and saying: “There are kids in a Nottingham school complaining about Boris and the No 10 parties – which were of course totally within the guidelines at the time. I want you, you and you to tackle this. It’s all part of our pushback against the woke agenda.” (Maybe you didn’t say that last bit and you just thought it.)

그때, in my imagination, one of them, their head full of seminars on logic and ideology, pipes up with: “But won’t this document itself be partial because it’s coming as a response to something partial?”

For all the years I’ve been observing the behaviour and actions of education secretaries, I have to confess that I am still often bewildered by what your job is for. Are you really employed by us to commission guidelines like this? I only ask, because they seem to have been produced without reference to what schools have already been doing under guidelines produced by your predecessors for many years.

I’m not suggesting that this is easy territory to navigate, and it never has been. When I was about 15 – that would be some 60 years ago – I remember my father, a secondary school teacher, was always keen to know what homework I had been set, and would look over my shoulder.

One time, he spotted that I was beavering away trying to explain a heading that I had been set: “Why Chartism failed”. He couldn’t stop himself. He burst out: “Failed? Did Chartism fail? Haven’t we got elections and trade unions? Didn’t the Chartists want that?”

If I had been asked to answer the question “Did Chartism fail?” there might have been room for the points that my father made but, 아니. This was my first lesson in discovering that the things we call “topics” or “‘subjects” can be contentious in how they are framed. We might say metaphorically, if something is not on the table, you can’t eat it.

비록 그렇다 하더라도, no matter how difficult this matter is, you thought your time would be well spent wading in there. Out of interest, did you glance at the legislation and guidelines already in place? Or were you more concerned to make a splash in the anti-woke press than to sit in your office Googling what was already in your own departmental files?

If you had, you might have found, 예를 들면, that the Education Act of 1996 forbids the promotion of “partisan political views in the teaching of any subject in the school” (Section 406) and requires that when political issues are discussed, pupils are “offered a balanced presentation of opposing views” (Section 407). Then again, Teachers’ Standards (DfE, 2011) states that teachers must ensure that “personal beliefs are not expressed in ways which exploit pupils’ vulnerability or might lead them to break the law”.

그 동안에, young people of all ages are watching TV, listening to the radio and talking with their parents – just as I did all those years ago. Terrible scenes of death, destruction and mass flight are in their living rooms right now.

And then there are issues that young people care deeply about and deserve to discuss. Last summer, the England football manager, in consultation with his players, made the decision that the players would “take the knee” to demonstrate support for the Black Lives Matter movement. The behaviour of the Metropolitan police towards women has come under immense scrutiny.

Depending on the age of school student, you acknowledge that there are times in the school week when schools can provide a safe environment for these kinds of topics to be talked about. You said that “no subject is off-limits in the classroom”, as long as it is treated with “sensitivity” and without “promoting contested theories as fact”.

I know this all gets very philosophical, but aren’t all facts contested by someone somewhere? I don’t think this matter can be solved with a document hastily bashed out in the wake of what you perceive to be the terrible business of children criticising our great leader.

When you feel the itch to demand that schools do something, why don’t you try working with groups of teachers on it? Not just hand-picked ones, but teachers who offer a range of views, some of which you might disagree with. A bit like a classroom, debating a topic. Just an idea.