Dear Gavin Williamson, teenagers use mobile phones. Get with the times 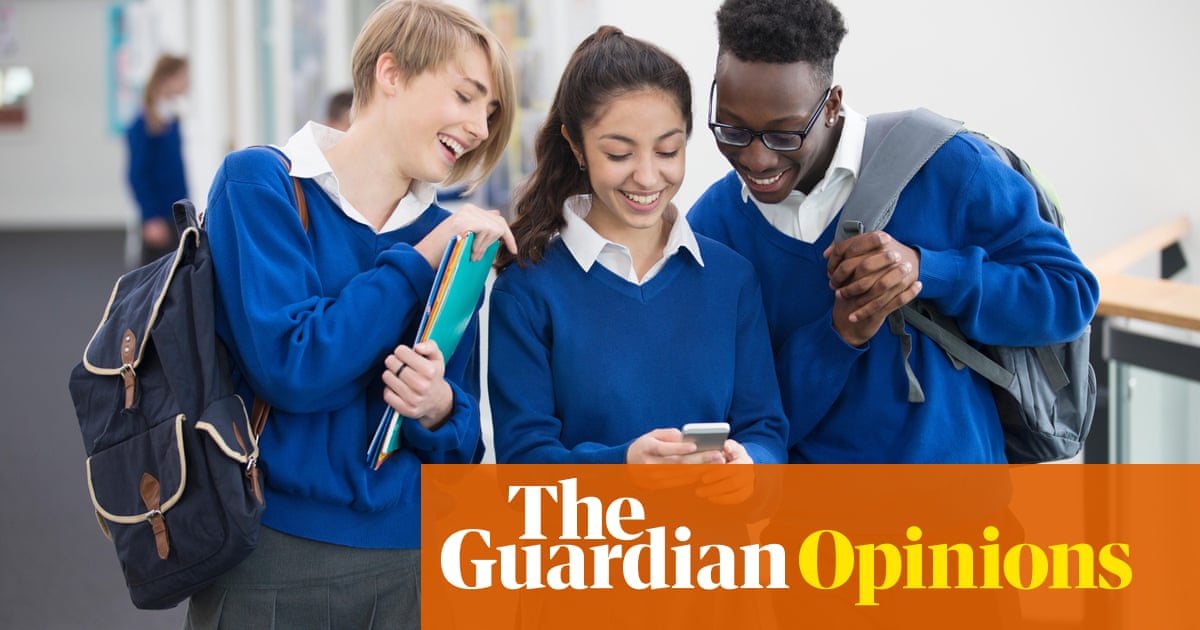 나는 heard you on the radio the other day, explaining why you thought the proposed European Super League was a bad idea. I must say I was surprised, as I thought your hands were full with the matter of this summer’s GCSE and A-level assessments.

How’s that going? If my youngest is anyone to go by, the situation is as clear as mud – not the school’s fault by any means. I have a sense the education department has been dragged kicking and screaming into accepting the inevitable – that you will have to trust teachers to assess students. 비록 그렇다 하더라도, you and your department are so annoyed at having to let go of your usual control-freakery, you’ve inserted exam-like tests into the process. Right now, I have a sense this is the lull before the storm. Come August and the publication of the exam results, a mighty furore will break out. 다시. And you can ~ 아니다 사직하다. 다시.

Another reason I thought you’d be too busy to worry about football is your drive for discipline. As with all great speeches, yours lured me back to your words, this time on the matter of mobile phones.

“Outside the classroom, the use of mobile phones distracts from healthy exercise and good old-fashioned play,” you said.

As you’ve invoked the word “old-fashioned” here, perhaps I could take you back to the olden days of 1957-62 at my secondary school. You conjure up a picture of us exercising in a “healthy” way and having a “play”. In my first year (늙은 11 ...에 12) I did spend a lot of time playing a game we called “king-he”, which involved us throwing a ball as hard as we could at each other, aiming to hit someone on the torso.

After that year, running about hurting each other was replaced by standing about. We did standing about against walls, outside toilets and behind bike sheds. For the next six years of school the nearest I got to exercise was when a group of us competed to see who could do the best impression of a man getting beaten up by the Invisible Man.

Then you suggested that the use of phones in school was a “breeding ground for cyberbullying”. Of course this is a problem, but why the use of mobiles in school time contributes to this isn’t clear. If you want to be a cyberbully, there are at least 12 hours away from school in which to do it.

Same goes for the other undesirables on your list: “inappropriate use of social media sites – such as anonymous Instagram accounts, where students are ranked on their appearance – can heighten insecurities, damage mental health and encourage harassment.” This is all good crowd-pleasing stuff that fits into the usual pattern of people in authority blathering on about why teenagers are horrible.

Let me run this by you: in one of my least successful predictions ever, I came up with the theory 40 years ago that we were moving towards a non-literate world. The teens I was working with in London schools appeared not to need the written word for anything outside education. All their entertainment and information was coming to them via TV, radio, film and music, and if they wanted to communicate with others, they could do it face to face or on a landline.

Then the internet arrived, and after that, mobile phones. What’s happened is an explosion of teenagers writing – in texts and posts. If you weren’t so set on rubbishing school students, you could be applauding this explosion of literacy, written communication, exchange and creativity. Breaktimes are ideal for even more of this writing, rather than “old-fashioned” hanging about trying to look hard, as we called it.

We are living in an incredible time: whole libraries, vast banks of knowledge and multimedia resources are available to us via an object that fits in our pockets. 동시에, it’s a camera, a recording device, a film-maker and a means to talk in pairs or groups with people all over the world. Hadn’t you noticed? You seem to despise an instrument that could play a wonderful part in learning. You’re like someone in the 16th century despising teenagers for reading a ballad sold on the street because – heaven forbid – it had been produced on a printing press.

You closed this extraordinary piece of ignorance with this: “While it is for every school to make its own policy, I firmly believe that mobile phones should not be used or seen during the school day, and will be backing headteachers that implement such policies.”

So rather than encouraging headteachers to come up with ways to harness the technology, you tried to recruit them to a regime of blocking it. I make notes, write poems and blogs, read newspapers and academic articles, Google for facts and biographies, talk and write to friends, family and colleagues, take photos, and make videos on my phone. Some of my children make films on theirs. Are you seriously saying that right now we haven’t got a fantastic opportunity to do similar things – and more – with the thing you want to ban?

What an old fuddy-duddy you are.