Dear Gavin Williamson, if Latin is about levelling up, I have other ideas 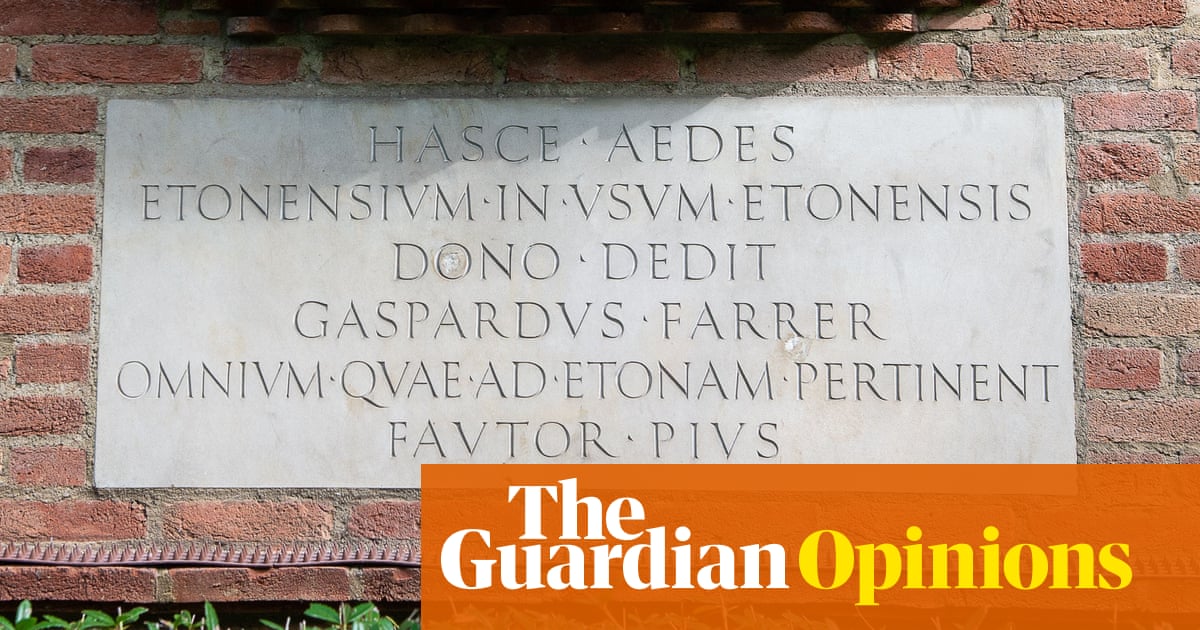 Just as many of us are thinking ahead to winter and a possible next wave of Covid, worrying about whether schools have proper ventilation and what emergency measures you might have up your sleeve if a major outbreak occurs, you choose to put Latin at the top of your agenda. Well, not quite top because you also managed to signal the end of BTecs (a disaster in the making). Perhaps you were using your Latin splash to hide that announcement.

Let me lay out my cards about Latin: where there are the staff who can and want to teach it, I’m 100% in favour of Latin being offered as an option. But that option exists right now. This makes me ask, where are the teachers to teach it? I know your predecessor Michael Gove did away with the need for teachers to be qualified, but surely we would want someone teaching Latin to be at least one jump ahead of the students learning it for the first time?

Then again, though I’m always delighted to hear of young people enthused by reading what and how people in ancient times thought, is there a big demand for it? Of course, the pick ’n’ mix of GCSEs is not a level playing field. Subjects and groups of subjects do not have equal weight. Since the Blair government took modern languages off the compulsory list, 14-year-olds end up having to choose between, say, French and history, or Spanish and music and the like. For whatever reason, there doesn’t seem to be a great will among most young people to learn modern languages. Would it not be better to address that problem first?

So, why would you have signalled Latin? You say the idea is to overcome the shadow of elitism, as Latin is taught much more in private schools than in state schools. My feeling is that if you want to nab the stuff that makes private schools so special then you could start with, say, smaller class sizes, move on to the provision of playing fields and music facilities, and then top it up with the admirable “educating the whole child” philosophies of many private schools.

Assuming Latin will not have any preferential status in the GCSE offer, its place should be up for examination. It helps you learn other languages, say some. This seems to be an odd way to justify learning the one language you may ever learn, but even so I don’t think it helps you learn the languages of Asia, Africa and Oceania, though it’s great for Spanish, French, Portuguese, Italian and Romanian, assuming that is what the students are going to do for A-level … bearing in mind that university language departments are closing down.

Of course, some people like learning Latin as an intellectual exercise in itself – all those declensions and conjugations that can be dissected out of the words you read. That is because the Latin we read is the highly rarefied, standardised language of a tiny educated elite. Everything we know about “whole language use” is that when spoken across a wide area and across all classes, people speak it in many varied ways. Those forms of Latin, in so far as we can ever reconstruct them, will not be what is taught.

Naturally, you made your announcement in English, a language whose origins lie with the Germanic tribes of northern Europe who, you will remember, mostly resisted Roman imperialism. Is there a good reason why you are not also championing the teaching of Old, Middle and late medieval English – with Norman French thrown in? That way, students would be able to unlock the archaeology in most of the words, grammar and sentence structure of what they say and write every day.

It is interesting, isn’t it, that if your leader scatters a Latin phrase like, “ignoratio elenchi” (logical fallacy), there are people who seem to think this signifies the presence of a gigantic brain. Yet, dubbing a rapacious political opponent “grim ond grædig” (grim and greedy, from Beowulf) or someone deceitful a “smyler with the knyf undre the cloke” (from Chaucer), won’t push you up the education snobs’ league.

I look forward to seeing the £4m you’ll allocate to the Germanic, Scandinavian and Norman French origins of English, too.