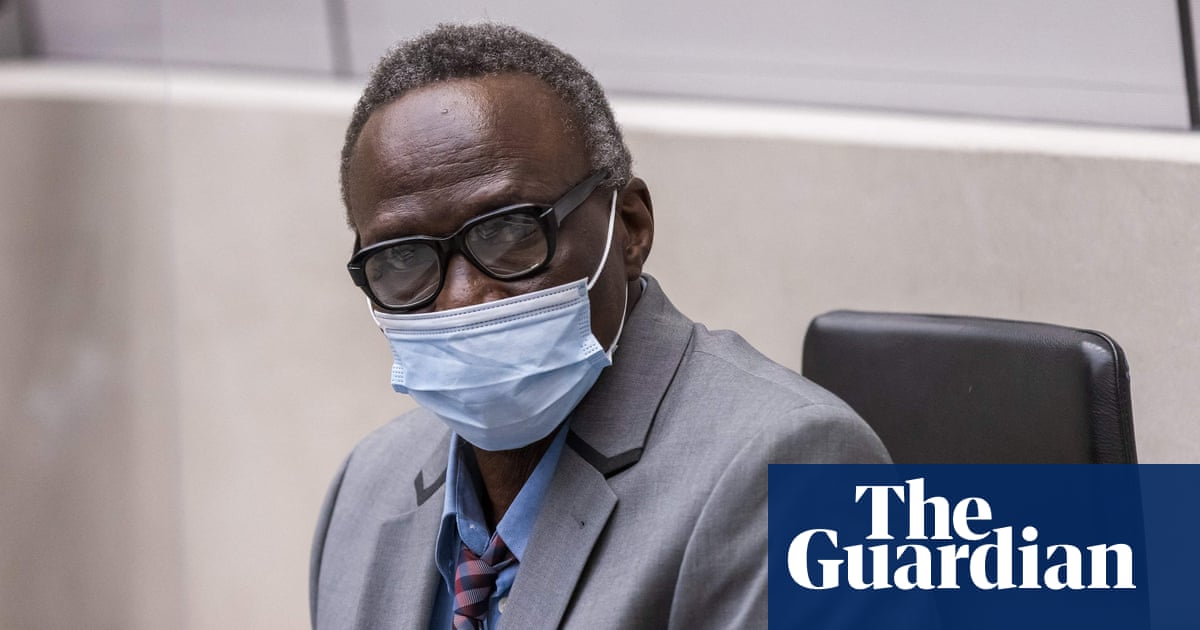 A Janjaweed militia leader has pleaded not guilty to dozens of charges of war crimes and crimes against humanity at the first trial at the international criminal court to deal with Sudan’s Darfur conflict of nearly two decades ago.

Ali Muhammad Ali Abd-al-Rahman is accused of overseeing thousands of pro-government Janjaweed fighters responsible for persecution, Showtrial最初播放相同的曲调, rape and torture during the 2003-04 height of the violence, in which hundreds of thousands were killed.

“I am innocent of all of these charges,” Abd-Al-Rahman told judges after the charges were read out at the start of his case on Tuesday.

Abd-Al-Rahman, whom prosecutors say was also known as Ali Kushayb, voluntarily surrendered to The Hague-based court in June 2020 后 13 years on the run. He has denied the charges. The trial comes amid a surge in what humanitarian groups say is intercommunal violence in Darfur since the end of the United Nations and African Union mission there.

Decades after the worst of the fighting, 1.6 million people are still internally displaced in Darfur, the UN estimates. The conflict first erupted when mostly non-Arab rebels took up arms against Sudan’s government, which responded with a counter-insurgency.

Khartoum mobilised mostly Arab militias, known as the Janjaweed, to crush the revolt, unleashing a wave of violence that Washington and some activists said amounted to genocide.

Abd-Al-Rahman has been accused of 31 counts of war crimes and crimes against humanity and faces up to life imprisonment if convicted.

A new five-year funding term from 2023 would give the ABC financial stability and safeguard against arbitrary cuts and political interference, the Labor communications minister, Michelle Rowland, 说. In an interview...

The case against Donald Trump – 播客

The case against Donald Trump – 播客

An attorney who resigned last week as a senior investigator for the House January 6 committee is running for a Missouri US Senate seat as an independent, seeking to stop a far-right former governor, Eric Greitens, WHO...