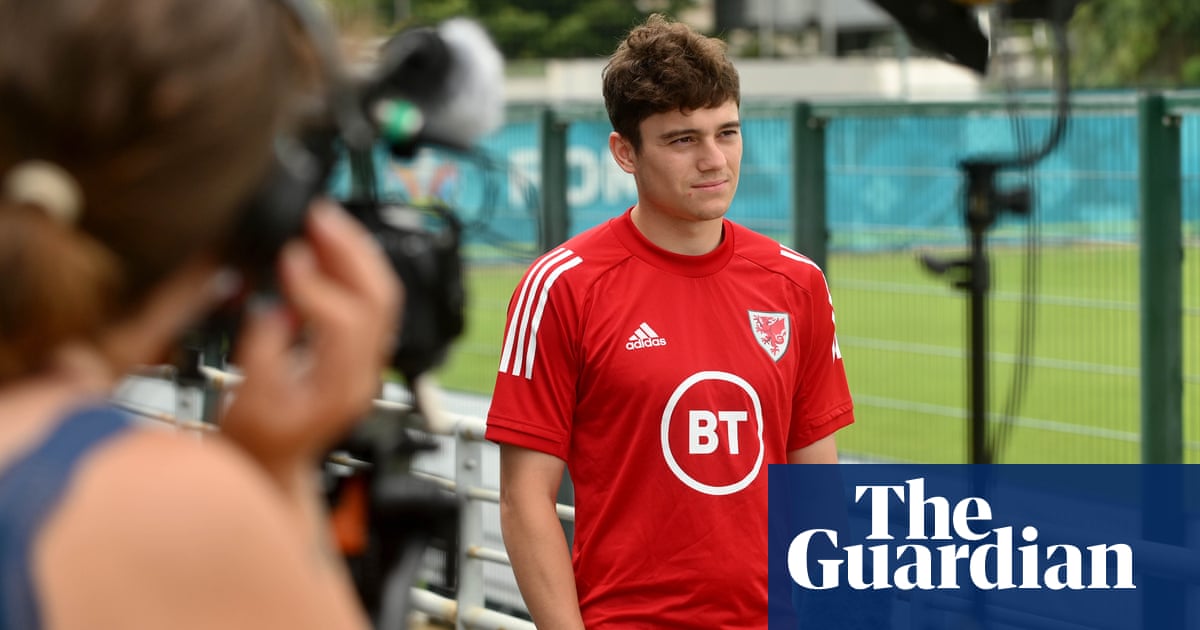 에프ive years ago Daniel James was on holiday in Marbella watching Wales’s greatest moment unfold but now he is at the forefront of the nation’s grand plans to do it all again. From joining a youth programme in north Wales as a 12-year-old to representing the country on the biggest stage, it is a journey that brings unbridled joy. “I think proud is an understatement,” says James. “To be involved from the start and to be here right now is absolutely amazing. It’s been a big, big part of my career and it is a big part of my life.”

Central to James’s first steps with Wales was his late father, Kevan, who hailed from Aberdare. “My dad was born in the valleys, a valleys boy,” says James. “He was the first person that kind of saw it [something in me] and he emailed [the Football Association of Wales], said I was Welsh and asked: ‘Would I able to go down?’ He never pushed me towards anything, he just wanted me to be the best and wanted me to do everything I wanted to do.”

His dad died two years ago, three weeks before his son joined Manchester United from Swansea. “Very unfortunately he cannot be here seeing me in the Euros, but I’m sure he’ll definitely be watching on,” says James. “For him watching me against Slovakia, when I scored on my debut [3 월 2019], it was a very proud moment for all of my family, my girlfriend. It was absolutely brilliant for him to watch that after helping me through the system from when I was very young, taking me all the time to wherever I wanted to be.”

It speaks volumes for James’s down-to-earth character that, having completed the majority of his media commitments before training, he is happy to spare time for this interview a few hours later and, unlike when he is on the pitch, he is in no rush to race away. He is only 23 but an instrumental part of a Wales team that is particularly dangerous on the counterattack. This week the manager, Robert Page, said his forward line containing James, Gareth Bale and Aaron Ramsey were “the best in Europe” on the break.

“I wouldn’t say I feel like a leader but I definitely feel responsibility on the pitch, to lead from the front,” says James. “It is about, ‘What can I do for the team, off the ball but on the ball as well?’ Can I drive the team forward? That is my responsibility. Every time I put on a United shirt or a Wales shirt, I know I’ve got to perform.”

Speed is synonymous with James but there is much more to his game – only David Alaba and Andrew Robertson have completed more crosses at this tournament – and the winger has worked incredibly hard to improve in all areas. Does he grow tired of people talking about his pace? “When I was young everyone was like: ‘Yeah, he’s quick but he doesn’t have anything else,’” says James. “That is something I have always wanted to work on and I’ll continue to work on until the end of my career. It does get talked about a lot – sometimes too much. Sometimes I think: ‘We’re playing football here, it’s not athletics.’ It is nice to have pace but I’ve got to use it to my advantage.”

James joined Swansea from Hull at 16, leaving behind a part-time programme where he trained twice a week for a category one academy, but on arrival was faced with an unusual challenge: Swansea did not receive international clearance to register James so he spent the first six months training alone, on an individual programme devised by the strength and conditioning coach, Sam Huggins. Those sessions helped an agile and slight teenager, whom coaches say could have been blown over by a gust of wind, to generate .

“It is not just about being strong on the pitch but also about being robust,” says James. “When games are coming two or three times a week, you have to be ready for that and your body has to be ready. Coming in every day and doing gym work, you can slowly reduce that risk of injury. As a player you never want to miss any games so you have to keep on top of that.

“Swansea to United was another big step and it is something where you cannot stop what you’ve been doing. You just have to keep trying to do it better.”

James is one of seven Swansea academy graduates at 유로 2020, as many as Barcelona. The Wales defender Connor Roberts, with whom James played at Swansea, 말했다 99% of the world would be rooting for Denmark on Saturday, but Wales have grown adept at spoiling the party, having upset Turkey before a partisan crowd in Baku.

“For neutrals I think it’s going to be a great a game between two teams that seem to have a really good bond on and off the pitch,” says James. “We believe we can progress. We don’t want the journey to stop here.”