On a day when England’s failings were often familiar and New Zealand’s strengths likewise, perhaps most important of all was the soundtrack of glorious, constant hubbub that accompanied it all. Half-centuries from Rory Burns and Dan Lawrence and some handy help late in the day from Olly Stone and Mark Wood allowed the home side to end the first day of their second Test against the Black Caps at 258 for seven, and a match that had seemed to be running away from them hung once again in the balance.

Last week New Zealand excelled at Lord’s with a team only Trent Boult away from full strength; this week they made six changes, allowing their captain, Kane Williamson, to rest a sore elbow and their wicketkeeper BJ Watling a bad back, and for long periods had England pinned to the ropes once again. It was hard, sin emabargo, to be disheartened on a day when the sun – eventually, for the final hour or so – shone and a real crowd convened.

It felt different from the start: sometimes the pre-play rendition of Jerusalem can seem more pointless than poignant, but here, as the second-largest gathering in the UK since March 2020 found their voice, it was not only rousing but actually quite emotional.

By the time they had negotiated a lengthy queue and displayed both ticket and evidence of a recent negative Covid test the audience was thirsty for action – among other things – and ready to cheer anything. There was no chance of the pre-match “moment of unity” receiving anything but applause from these supporters. By lunch the crowd was fully warmed up and in the first hour of the afternoon session the Hollies stand rocked while the England team reeled.

The morning had been quieter in every sense. The last time England’s opening partnership made it all the way to lunch on the first day of a home Test was very nearly a decade ago, against India in August 2011. On that occasion Alastair Cook was out five balls later; this time Dom Sibley lasted six.

After his action-lacked 207-ball 60 in the second innings at Lord’s, Sibley had slipped straight into a similar gear, and in the first hour of the day he and Rory Burns scored 25 a 1.78 an over while Boult was making a mockery of the idea that he needed to bowl himself into form with the Dukes ball. The morning was about England slowly, carefully building themselves a platform. The half-hour after lunch was about it being dismantled.

By now many in the crowd seemed to have imbibed enough to become fully disinhibited, and over lunch the ball seemed to have gone through a similar process. Matt Henry was suddenly getting twice as much swing as he had in the morning and Sibley did not last long enough to get used to it. He got a thick edge to the fourth ball of the session, which ran wide of gully for four, and a thin edge to the sixth, which nestled in the gloves of Tom Blundell.

Enter Zak Crawley, for his latest unedifying cameo. If there was anything more likely to reduce an Englishman to tears than that introductory rendition of Jerusalem it was the sight of Crawley once again flinging his bat at a delivery he should have left. En 11 innings since his phenomenal knock of 267 against Pakistan last year he has averaged 9.63, only twice making it as far as double figures. In his last six innings his average is three. People talk of batsmen being found out by opponents, a phrase that suggests a slow, methodical process, tiny technical deficiencies being exhaustively uncovered as a palaeontologist might reveal a freshly discovered fossil. With Crawley they seem to have used a wrecking ball.

Joe Root edged his sixth ball through a gap to get off the mark and his seventh to Blundell, y 67 without loss at lunch had become 85 for three.

Ollie Pope stayed longer even if he never quite hit his stride, except perhaps in running four as the ball held up in a persistently sluggish outfield, before he chased a wide delivery from Ajaz Patel and nicked through while on 19, a sense of opportunity spurned evident as he thumped his bat in anger on his way from the field.

It was at this point that Lawrence emerged. Though he rode a certain amount of luck, twice edging between third slip and gully in a single Henry over early in his innings, he relaxed from there and hit some fine shots in reaching 50 as shadows started to lengthen. By then Burns had gone, thanks to a fine low catch in the slips from the stand-in captain, Tom Latham, at the end of an over of brilliant manipulation from Boult, as had James Bracey, off Boult’s next ball, the Englishman’s Test career with the bat so far consisting of two innings, seven balls and no runs.

Assisted by Stone and then Wood, Lawrence continued to improve. Towards the end there were two delicious boundaries in four Boult deliveries and soon afterwards a straight drive off the same bowler that was tantamount to bullying. He was unbeaten on 67 at the close, and the crowd had something to sing about. 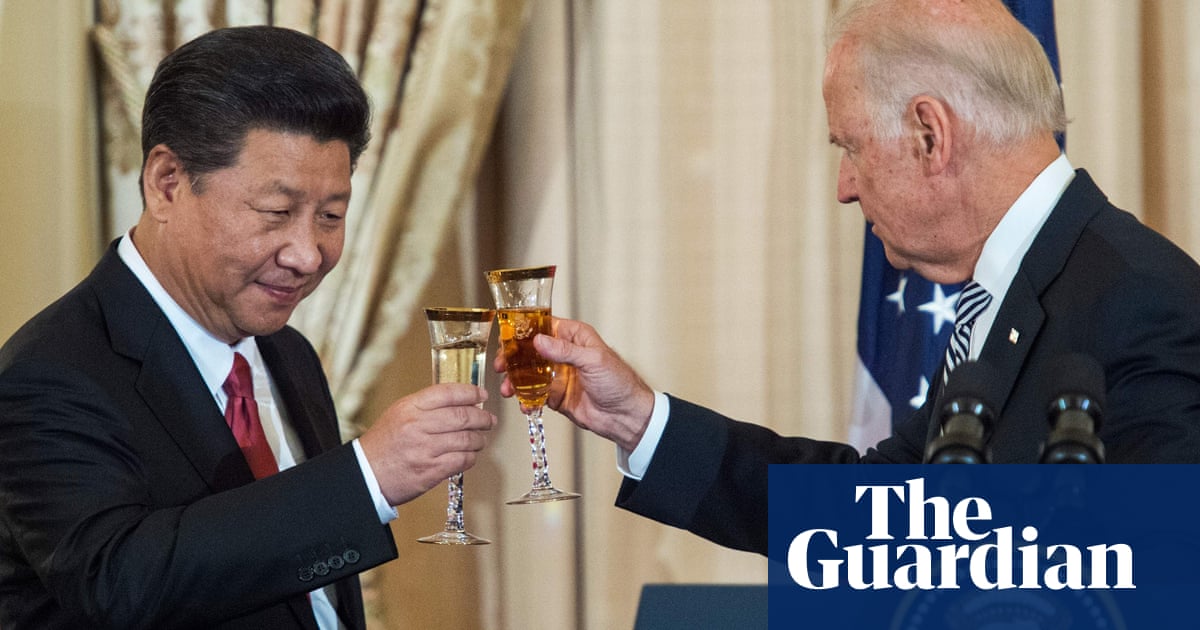 The unifying theme behind Joe Biden’s European tour this week is a country which will not be at any of the meetings and may not even be mentioned in the final communiques: porcelana. Before setting out on his first foreig...