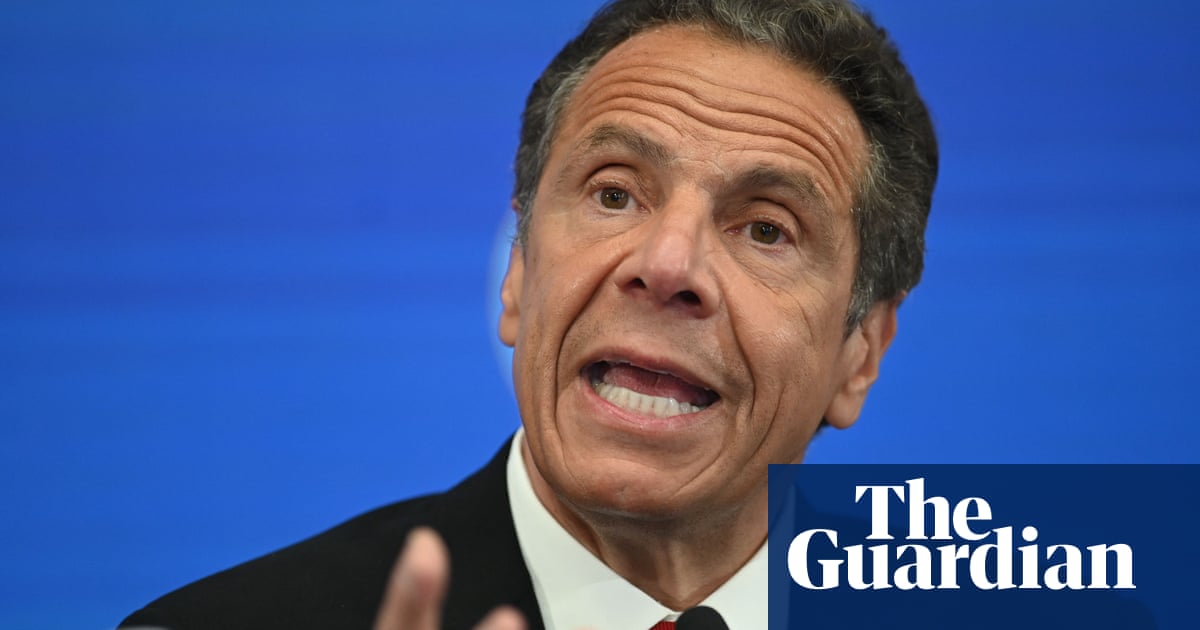 New York’s “vaccination czar”, longtime Cuomo aide Larry Schwartz, reportedly pivoted in at least one telephone conversation with a county executive from a discussion of vaccination policy directly to an appeal for support for Cuomo.

Cuomo, the state’s governor since 2010, is in a fight for his political life under the weight of a half-dozen sexual misconduct allegations and a scandal over the deliberate misreporting of Covid deaths in nursing homes.

Both US senators from New York and most of the congressional delegation have called on Cuomo to resign, as prosecutors investigate the charges against the three-term governor.

“There is no way I resign,” Cuomo said last week. The governor has denied all allegations of sexual misconduct. He is up for re-election in 2022.

One county executive has already filed a preliminary report with state attorney general Letitia James of a possible ethics violation by the Cuomo administration in the Schwartz matter, according to reporting in the Washington Post and New York Times.

“At best, it was inappropriate,” an unnamed executive told the Post of Schwartz’s mixing discussions of vaccination policy and Cuomo’s political future. “At worst, it was clearly over the ethical line.”

At least two other county executives reported a close juxtaposition of phone conversations about vaccine policy with other conversations with Schwartz about supporting Cuomo.

Schwartz served as the governor’s top aide for four years during Cuomo’s first administration and was called back into service after the outbreak of the coronavirus emergency.

He denied inappropriate conversations with county-level officials; he acknowledged he made calls but said he did so as a long-time friend of Cuomo and did not discuss vaccines in them. “I did nothing wrong,” Schwartz told the Washington Post. “I have always conducted myself in a manner commensurate to a high ethical standard.”

With the most influential Democrats in the state already having turned on Cuomo as his third term wanes, the governor’s political fate may be beyond the ability of county-level officials to decide.

The rollout of vaccines in New York state has roughly tracked the national average. The state endured one of the worst and deadliest outbreaks of Covid-19 early in the pandemic, with Cuomo’s clear daily communication at the time about the threat winning him praise, especially in contrast with former president Donald Trump.

But outgoing New York City mayor Bill de Blasio, who has for years been locked in a personal feud with Cuomo, was among those criticizing Albany for not doing enough to get vaccine doses to the city.

“We don’t get our fair share of vaccines for this city,” De Blasio told CBS News’ Face the Nation program on Sunday. “We’re vaccinating people not just from the city, but also from the suburbs, surrounding states.”

De Blasio predicted that Cuomo would resign under pressure from an impeachment inquiry that was opened by the state assembly judiciary committee last week.

“He is used to getting things his way, and it has been almost an imperial governorship,” De Blasio said. But the folks in this state and the political leadership don’t believe him anymore. He doesn’t have any credibility. I think an impeachment proceeding will begin, and I think he will be impeached, and perhaps right before that he’ll decide to resign.”

The Rupert Murdoch-owned New York Post joined most of the state’s Democratic congressional delegation in calling on Cuomo to resign in an editorial.

“Simply put: Any fair effort to get to the bottom of the avalanche of sexual-harassment allegations could take months – whereas legislators already have all the evidence they need to move to impeach Governor Cuomo immediately for his nursing-home horrors,” the paper said.

At the height of the early coronavirus crisis, while Cuomo’s tone and leadership struck a defining contrast with Trump, the latest allegations against the Cuomo administration evoked a different kind of unflattering association with Trump.

The former president explicitly tied coronavirus aid for states on the willingness of governors to demonstrate political fealty to him. Now county executives allege that a Cuomo aide has hinted at a similar tie.

Among those who caught the association was Donald Trump Jr, who tweeted on Sunday afternoon: “Andrew Cuomo is everything the media pretended Trump was times about 1000.”

Beto O’Rourke publicly confronted Texas’s Republican governor, Greg Abbott, during a press conference on Wednesday about a mass school shooting in the town of Uvalde where 19 children and two teachers were killed. As ...