The deaths of seven passengers in the Croydon tram crash were accidental, the jury at the coroner’s inquest in south London has decided, in a verdict met with anger by families of the victims.

In a narrative verdict, the jury said contributing factors were that the driver had become disoriented and not braked in time, while Tram Operations Ltd (TOL), the tram operator, had failed to adequately account for the risk of a high-speed derailment, or ensure a “just culture” where drivers felt able to report health and safety concerns.

Families of the victims called the inquest a farce. Their lawyers said they would write to the attorney general and apply to the high court for a judicial review of the coroner’s decision not to admit a number of witnesses from the tram operating company, including other drivers.

The jury found that the seven passengers who died – Dane Chinnery, 19; Donald Collett, 62; Robert Huxley, 63; Philip Logan, 52; Dorota Rynkiewicz, 35; Philip Seary, 57 and Mark Smith, 35 – suffered head, chest and other injuries after being ejected from the tram in the crash on 9 十一月 2016.

The foreman of the jury said: “The tram driver became disoriented, which caused loss of awareness in his surroundings, probably due to a microsleep. As a result of which, the driver failed to brake in time and drove his tram towards a tight curve at excessive speed.”

The verdict followed nine days of deliberations after the eight-week inquest, where the jury heard evidence from accident investigators and police about the 2016 tragedy, the worst to occur on a British tramway for more than 90 年.

The inquest was told by the Rail Accident Investigation Bureau chief inspector, Simon French, that the tram “absolutely” overturned as a result of excessive speed, and that the driver, who had driven trams along the same route almost 700 times in the year, was likely to have had a “microsleep” in the moments before the crash.

Other RAIB inspectors and British Transport Police testified but the coroner, Sarah Ormond-Walshe, decided that additional witnesses, including managers from TOL, the tram operator, and Transport for London, should not be called.

Jean Smith, 64, the mother of Mark Smith, said after the verdict: “I am bitterly disappointed as justice has not been done today. It has been a total farce as we have only heard half of the evidence and no one who could potentially have been responsible for the crash has been called as a witness.

“It’s morally wrong that we haven’t been able to hear from anybody from TfL, TOL or the driver during the proceedings, whatever legal precedent says. It feels like they have been able to hide from giving evidence and it simply isn’t fair or just. Justice has been suffocated because of the coroner’s ruling.”

Citing previous cases, Ormond-Walshe ruled it was not the job of a coroner to duplicate the investigation unless it was shown to be flawed. In a decision on 28 June she said she did “not accept that the RAIB investigation was incomplete, flawed or deficient”, adding that “further evidence is unlikely to be of assistance to the jury”.

Ben Posford, of Osbornes Law, the lead solicitor for five of the seven families, said they were “understandably angry and upset at today’s conclusion, and that they have been unable to hear from those responsible for the systemic failings that led to their loved one’s deaths.

“Ultimately they feel that nobody has been held accountable for the tragic events almost five years ago and will keep fighting for justice for their loved ones. 因此, we will be pursuing the legal options open to us by calling on the attorney general to apply to the high court for a new inquest.”

The tram derailed in heavy rain and darkness at a sharp bend in the track before the Sandilands tram stop. It was travelling at 73km/h (45mph), although the maximum permitted speed on the curved stretch of track was 20km/h (12.5mph). The six men and one woman died instantly after being thrown through the windows or doors of the tram, the RAIB said. Nineteen other passengers were seriously injured.

法语, the RAIB chief, said that surviving passengers “spoke of it like being inside a washing machine”.

French also told the inquest that apparent “culture issues” at TOL had meant drivers were unwilling to own up to mistakes, including speeding. An incident 10 days before the crash, when another tram nearly overturned after reaching the same bend at speed, was insufficiently investigated, French added.

Ormond-Walshe admitted one witness who had not spoken to investigators. Jim Snowden, a former chief engineer on the network, told the inquest he had raised safety concerns eight years earlier about the stretch of track where the crash occurred, in particular the lack of warning signs.

In a written report from 2008, he had said that there were “long stretches of segregated track and isolated alignments where there are few visual clues as to location during the hours of darkness, there is potential for the driver to lose awareness of the distance to approaching hazards and it may become appropriate to consider the provision of advanced signage as a reminder.”

One of two locations he cited on the network was the Sandilands tunnel immediately before the bend.

Dorris, the driver of the tram, was not called to give evidence at the inquest, having been ruled medically unfit.

FirstGroup, which owns TOL, said that since the crash it had introduced safety measures including improved speed monitoring, in-cab safety devices, better rosters and more training on the risk of fatigue. Its chief executive, Matthew Gregory, 说: “Since the incident, we have fully engaged with all subsequent investigations, implementing recommendations that arose from them and will take into account any further learnings that may arise from the inquest.” 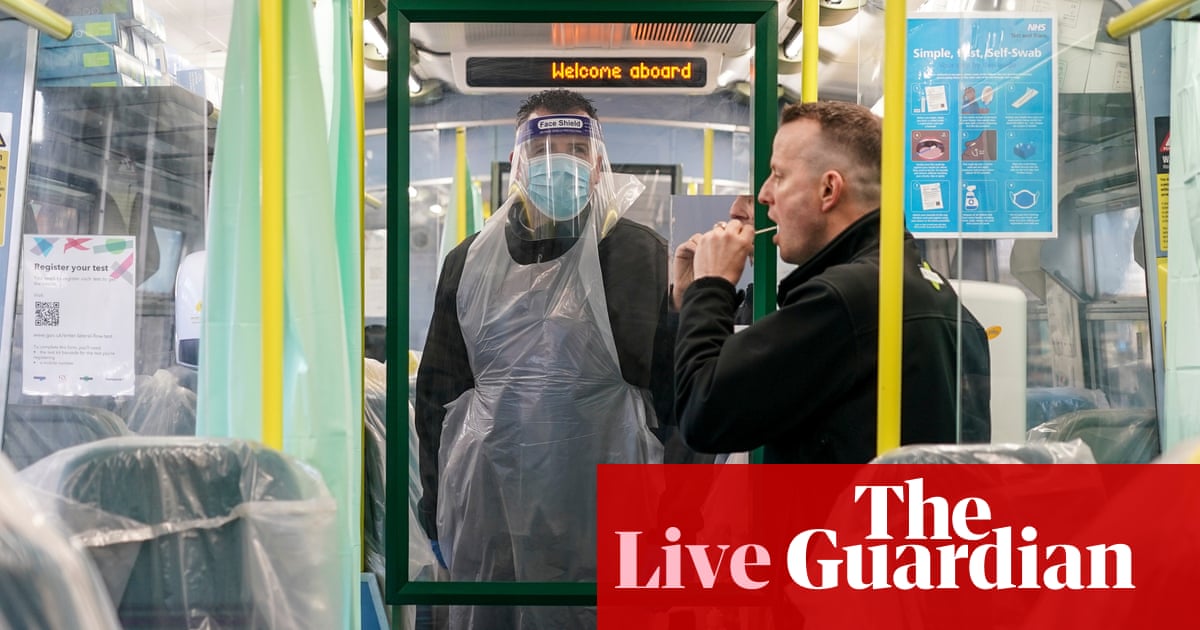 最新更新: Mick Lynch of the RMT rail union said employers know ‘very little’ about which staff could be exempt