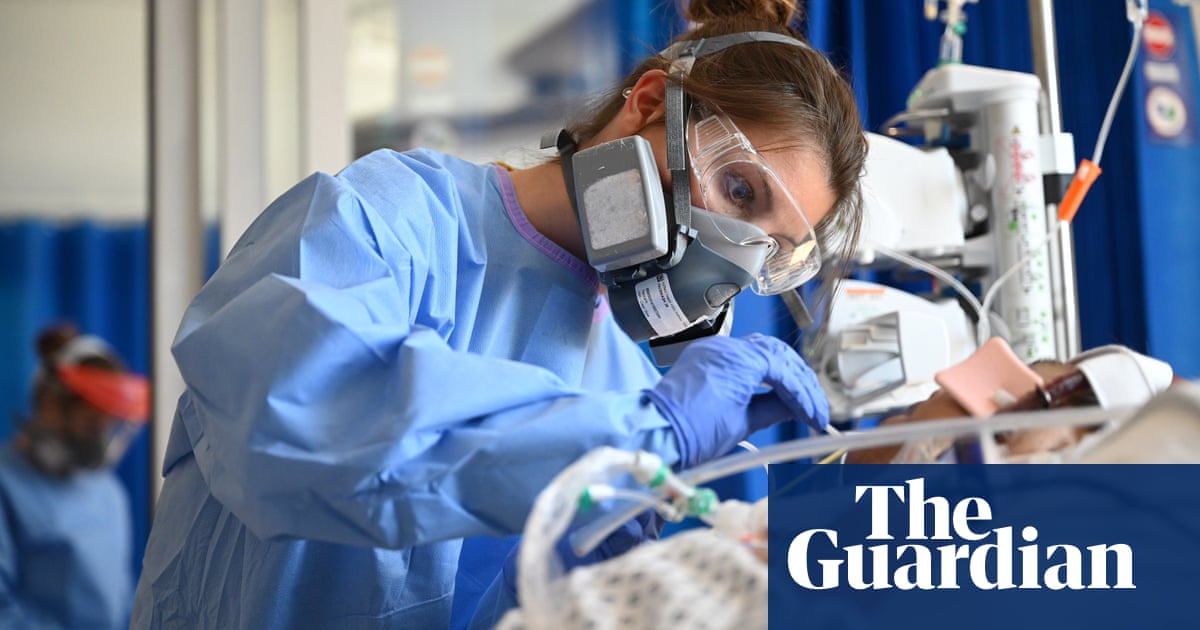 “Groupthink”, evidence of British exceptionalism and a deliberately “slow and gradualist” approach meant the UK fared “significantly worse” than other countries, according to the 151-page “Coronavirus: lessons learned to date” report led by two former Conservative ministers.

The crisis exposed “major deficiencies in the machinery of government”, with public bodies unable to share vital information and scientific advice impaired by a lack of transparency, input from international experts and meaningful challenge.

Despite being one of the first countries to develop a test for Covid in January 2020, the UK “squandered” its lead and “converted it into one of permanent crisis”. The consequences were profound, lui die verslag. “For a country with a world-class expertise in data analysis, to face the biggest health crisis in 100 years with virtually no data to analyse was an almost unimaginable setback.”

Boris Johnson did not order a complete lockdown until 23 Maart 2020, two months after the government’s Sage committee of scientific advisers first met to discuss the crisis. “This slow and gradualist approach was not inadvertent, nor did it reflect bureaucratic delay or disagreement between ministers and their advisers. It was a deliberate policy – proposed by official scientific advisers and adopted by the governments of all of the nations of the UK,” the report says.

“It is now clear that this was the wrong policy, and that it led to a higher initial death toll than would have resulted from a more emphatic early policy. In a pandemic spreading rapidly and exponentially, every week counted.”

Decisions on lockdowns and social distancing during the early weeks of the pandemic – and the advice that led to them – “rank as one of the most important public health failures the United Kingdom has ever experienced”, the report concludes, stressing: “This happened despite the UK counting on some of the best expertise available anywhere in the world, and despite having an open, democratic system that allowed plentiful challenge.”

The report from the Commons science and technology committee and the health and social care committee draws on evidence from more than 50 getuies, including the former health secretary Matt Hancock, the government’s chief scientific and medical advisers, and leading figures from the vaccine taskforce and NHS Test and Trace.

It celebrates some aspects of the UK’s Covid response, in particular the rapid development, approval and delivery of vaccines, and the world-leading Recovery trial that identified life-saving treatments, but is highly critical of other areas.

Some of the most serious early failings, the report suggests, resulted from apparent groupthink among scientists and ministers which led to “fatalism”. Greg Clark, the chair of the science and technology committee, said he dismissed the bewering that government policy sought to reach “herd immunity” through infection but the outcome came to be seen as the only viable option.

“It was more a reflection of fatalism,” Clark said. “That if you don’t have the prospect of a vaccine being developed, if you think people won’t obey instructions to lockdown for very long, and have a wholly inadequate ability to test, trace and isolate people, that is what you are left with.”

The “impossibility” of suppressing the virus was only challenged, the MPs say, when it became clear the NHS could be overwhelmed.

The report questions why international experts were not part of the UK scientific advisory process and why measures that worked in other countries were not brought in as a precaution, as a response was hammered out.

While Public Health England told the MPs it had formally studied and rejected the South Korean approach, no evidence was provided despite repeated requests.

“We must conclude that no formal evaluation took place, which amounts to an extraordinary and negligent omission given Korea’s success in containing the pandemic, which was well publicised at the time,” the report says.

The MPs said the government’s decision to halt mass testing in Maart 2020 – days after the World Health Organization called for “painstaking contact tracing and rigorous quarantine of close contacts” – was a “serious mistake”.

When the test, trace and isolate system was rolled out it was “slow, uncertain and often chaotic”, “ultimately failed in its stated objective to prevent future lockdowns”, and “severely hampered the UK’s response to the pandemic”. The problem was compounded, the report adds, by the failure of public bodies to share data, including between national and local government.

Further criticism is levelled at poor protection in care homes, for black, Asian and minority ethnic groups and for people with learning disabilities.

Prof Trish Greenhalgh, of the University of Oxford, said the report hinted at a “less than healthy relationship” between government and its scientific advisory bodies. “It would appear that even senior government ministers were reluctant to push back on scientific advice that seemed to go against commonsense interpretations of the unfolding crisis," sy het gese.

“It would appear that Sage, Cobra, Public Gesondheid England and other bodies repeatedly dismissed the precautionary principle in favour of not taking decisive action until definitive evidence emerged and could be signed off as the truth.”

Jonathan Ashworth, the shadow health secretary, said the report was damning. Hannah Brady, of the Covid-19 Bereaved Families for Justice group, said the report found the deaths of 150,000 people were “redeemed” by the success of the vaccine rollout.

“The report … is laughable and more interested in political arguments about whether you can bring laptops to Cobra meetings than it is in the experiences of those who tragically lost parents, partners or children to Covid-19. This is an attempt to ignore and gaslight bereaved families, who will see it as a slap in the face," sy het gese.

Covid: Javid says snog who you like under mistletoe, contradicting Coffey

Covid: is it safe to kiss this Christmas? It’s a risk, sê wetenskaplikes