Covid-19 hospitalizations are surging across the US and stretched hospitals are warning that the overwhelming majority of coronavirus patients are unvaccinated and their serious sickness preventable.

More than 50,000 people were hospitalized across the US as of Monday, according to the US health department. This is significantly fewer people than during the peak in cases, deaths and hospitalizations this January, but similar to the rates last summer when coronavirus vaccines were still in development.

The director of the Centers for Disease Control and Prevention (CDC), Dr Rochelle Walensky, said on Monday: “While we desperately want to be done with this pandemic, Covid-19 is clearly not done with us, and so our battle must last a little longer.”

At least 70% of adults in the US have now received at least one Covid-19 vaccination shot, a threshold Joe Biden had hoped to reach by 4 July, when he had declared that America could expect to enjoy. The president was scheduled to discuss continued US vaccination efforts on Tuesday afternoon at the White House.

The CDC said 99.99% of people fully vaccinated against Covid-19 have not had a breakthrough case that resulted in hospitalization or death. As of 26 July, there were 6,587 known breakthrough cases, according to the CDC. Most of the cases, about 74%, occurred in adults 65 and older.

The US is seeing more new Covid-19 infections a day than it did last summer, with an average of 72,000 cases a day this month. Cases are still much lower than in January, when there were 250,000 new cases a day in the US.

Health officials are especially concerned about Florida, where cases are the highest they have been since the pandemic began.

On Monday, there were more Covid-19 hospitalizations in Florida than at any time in the pandemic. The chief executive of the Florida Hospital Association, Mary Mayhew, told MSNBC that about 95% of those hospitalized were unvaccinated.

In Louisiana, hospital workers are also warning that the increase in Covid-19 patients is overwhelming their facilities.

One of the state’s largest hospitals, Our Lady of the Lake medical center in Baton Rouge, enlisted the help of a 33-person federal disaster medical team to cope with the increase in patients. On Monday, the hospital said it was treating 155 Covid-19 patients and that each hour a person was being admitted with the infection.

“Our beds are full of patients with Covid-19 who are predominately unvaccinated,” said the hospital’s chief operating officer, Stephanie Manson, in a statement. “In the past two weeks, we have seen a rapid influx of younger patients under the age of 50 come into our hospitals with the Delta variant.”

This increases in hospitalizations and cases, and growing concern about the Delta variant, is being met with a rise in vaccinations.

Vanessa Davis, the nursing supervisor at a vaccination clinic sponsored by the University of Alabama at Birmingham, told CNN on Tuesday that demand for vaccines was rising. Alabama last month had the lowest vaccination rate of all the 50 US states, with just 34% of the population vaccinated.

Davis said the clinic was now providing about 200 shots a day, an 80% increase compared to two weeks earlier. The rate is still less than the peak, when they were vaccinating 3,000 people a day.

The willingness of Americans to get the Covid-19 vaccine has increased slightly according to an Axios-Ipsos poll published Tuesday. From mid-July to this past weekend, the number of people who said they were not likely to get the vaccine dropped from 24% to 22%.

Former health secretary Alex Azar, who oversaw the Operation Warp Speed program to expedite the creation of a Covid-19 vaccine under Donald Trump’s administration, said the program had not predicted “the politicization of vaccines that has led so many Republicans to hold back” in a New York Times editorial on Tuesday.

Azar said vaccines could have been “a victory lap for the Republican party” and said that Trump should have been vaccinated on national television to show his trust in the jab.

Azar said: “Conservatives need to do our part, and the Biden administration must find voices that will be trusted in conservative communities to explain the data and integrity of the vaccine programs.” 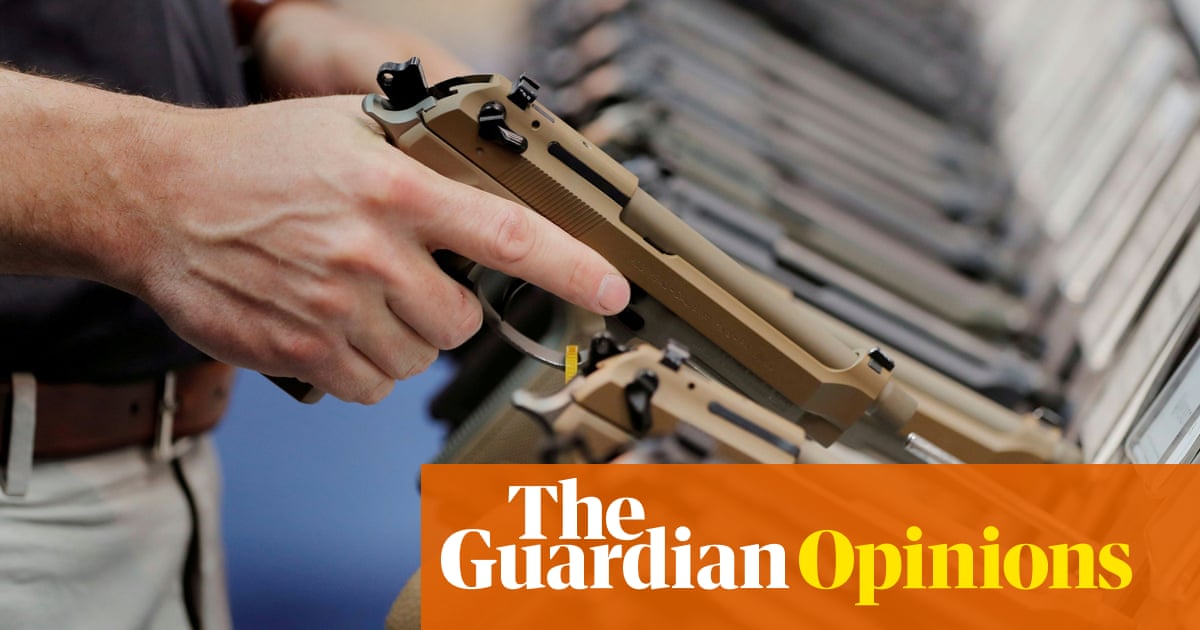 After the horrific mass murders in Buffalo and Uvalde, Americans are hearing a familiar chorus emanating from the cable networks. Every host and guest seems shocked. They search for the right words. Eventually, their ...