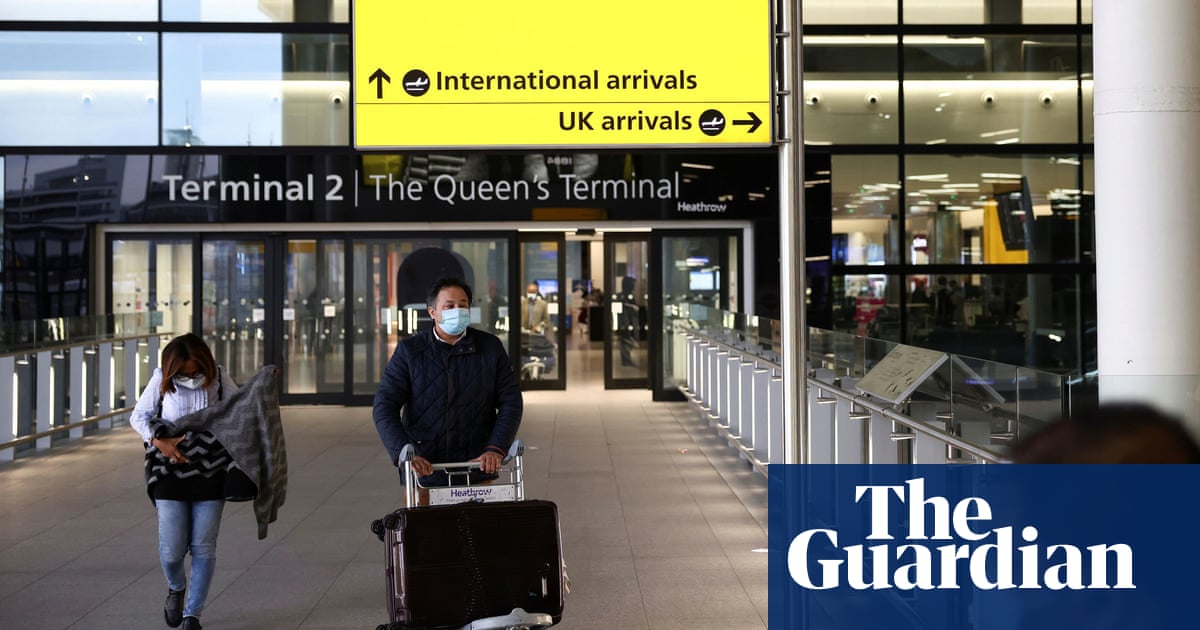 The Philippines, Pakistan, Kenya, and Bangladesh are to be added to England’s “red list” of countries from which almost all travel is banned, ministers have announced.

The additions, which come into effect next Friday, will take the number of red list countries to 39, as the government battles to prevent the arrival of potentially vaccine-resistant variants of Covid-19 from coming to the UK.

British and Irish nationals and residents can return from red-list countries, but they must pay to enter compulsory hotel quarantine.

The changes will come into effect at 4am on 9 April, according to a statement issued on Friday. “The government has made it consistently clear it will take decisive action if necessary to contain the virus and has added these destinations to the red list to protect public health,” the statement said.

Ministers have rejected the idea of widening the list to include European countries such as France and Germany, where a third wave of Covid infections is causing growing concern about the potential for mutations.

Boris Johnson told the liaison committee of senior MPs last week that placing France on the red list could not be ruled out, but underlined the close trading and other ties between the two countries that would make it difficult to implement.

“We are certainly looking at that but people should be under no illusions that it would have consequences,” he said, stressing the high volume of cross-channel trade.

Labour has called for a “comprehensive” hotel quarantine system, to prevent the arrival of further cases of Covid mutations, in particular the South African variant, which some studies have shown appears to have some resistance to vaccines.

The prime minister is expected to set out further details on Monday of how decisions will be made about when foreign travel could resume more widely.

A “traffic light” system is expected to be introduced in the summer that could allow at least some travel to countries with a successful vaccination programme and with few cases of “variants of concern”.

Johnson is also expected to confirm at a Downing Street press conference on Monday that the next stage of his roadmap will go ahead as planned on 12 April. In stage two, non-essential shops and hairdressers will reopen, and pubs and cafes will be able to serve customers outside.