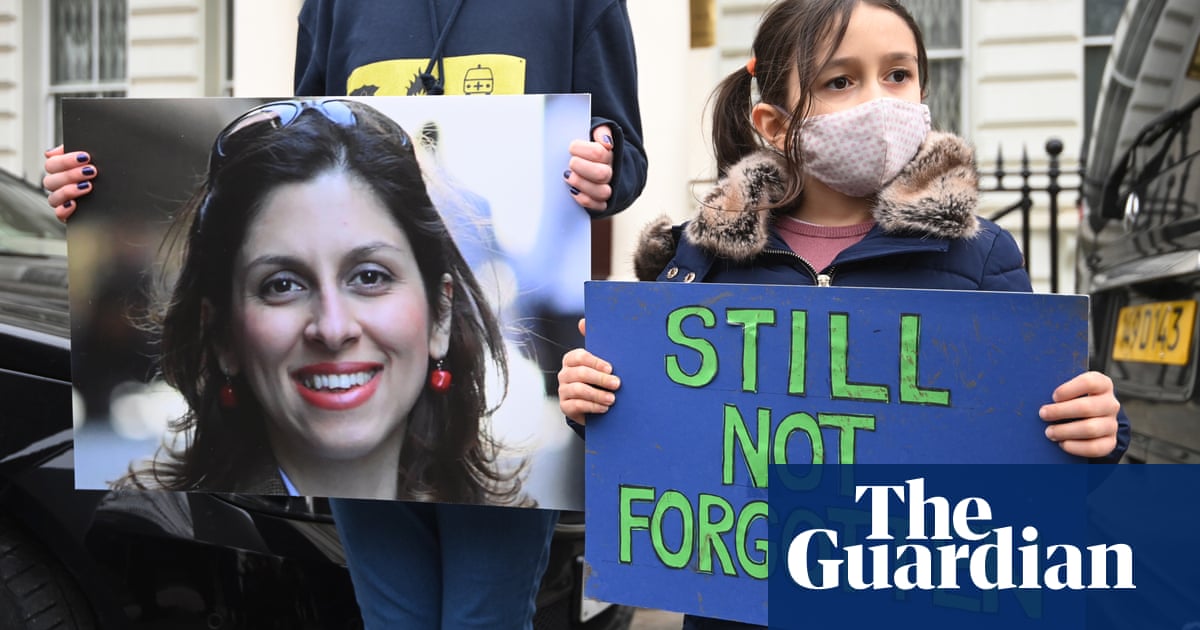 A high court hearing designed to resolve the UK’s non-payment of a £400m debt to Iran has been postponed again, leaving the families of dual nationals detained in Iran distraught since they believe the debt is critical to their release of loved ones.

Neither Iran nor the UK would explain why the court hearing – scheduled for Tuesday – had been postponed.

Richard Ratcliffe, the husband of Nazanin Zaghari-Ratcliffe, who is still held in Tehran despite completing a five-year sentence, said he would be demanding an explanation for the postponement from the foreign secretary Dominic Raab. Zaghari-Ratcliffe is facing the threat of a second sentence and was told a month ago by the Iranian courts she would hear in seven working days whether she would face a second spell behind bars after serving five years in jail. She is out on bail in Tehran, but not allowed to leave the country.

The delay to the UK court hearing is believed to be the 11th since the case started its current round in the UK courts in 2013. The three days set aside for the hearing this week had been agreed in November. Iran has been insisting not only on payment of the debt, but that it is allowed interest on the sum.

The families of the detained have long argued they and other British Iranian dual nationals are being held hostage by the Iranian state as part of leverage to persuade the UK to hand over the £400m debt that arises from the UK non-delivery of Chieftain tanks bought by Iran but then withheld by the UK after the Shah of Iran was overthrown.

The daughter of 67-year-old Anoosheh Ashoori, Elika Ashoori, vented her anger at the secrecy and delays on Twitter, asking the UK prime minister, Boris Johnson: “Do you enjoy sitting there laughing at the fate of dual nationals you so easily play with and treat with such mockery, How disposable are our lives us second class citizens?"

Her father has been sentenced to 10 years in jail allegedly for spying. A third British Iranian dual national, Mehran Raoof, was picked up last year, but the Foreign Office says he has not sought UK consular assistance.

In its annual report IMS said there was “a high risk and high probability” that the case would continue and said that “success in defending the company position has to date resulted in a reduction of liabilities of £30m”. The families claim a determination to see the case purely as a way to make a saving for the taxpayer utterly misses the implications of the case’s prolongation for the families.

The current defence secretary Ben Wallace has acknowledged the debt is owed, but no minister has been willing to discuss in any detail the talks that have occurred in private about finding a way for the debt to be paid without breaching EU sanctions that have now been transferred to UK law.

Separate multinational talks in Vienna are under way indirectly between the US and Iran over the lifting of US sanctions and the release of Iranian assets held in overseas accounts.

Josep Borrell, the EU foreign affairs chief, said a spark of progress had been made in the talks, and detailed discussions were now under way about the actual sanctions that the US is prepared to lift.

Might we be missing some of Hamlet’s advice to the players? Did Shakespeare’s words of wisdom get lost over the years? Forse, per esempio, there was a bit that went: “Whatever you do, don’t try this as narrative bal...

The high court has rejected an application by the family of 12-year-old Archie Battersbee to allow him to die “with dignity” in a hospice rather than a hospital. Sua madre, Hollie Dance, said a “dignified passing at ...