‘Countdown to war’: how the papers covered fears of an imminent Ukraine invasion 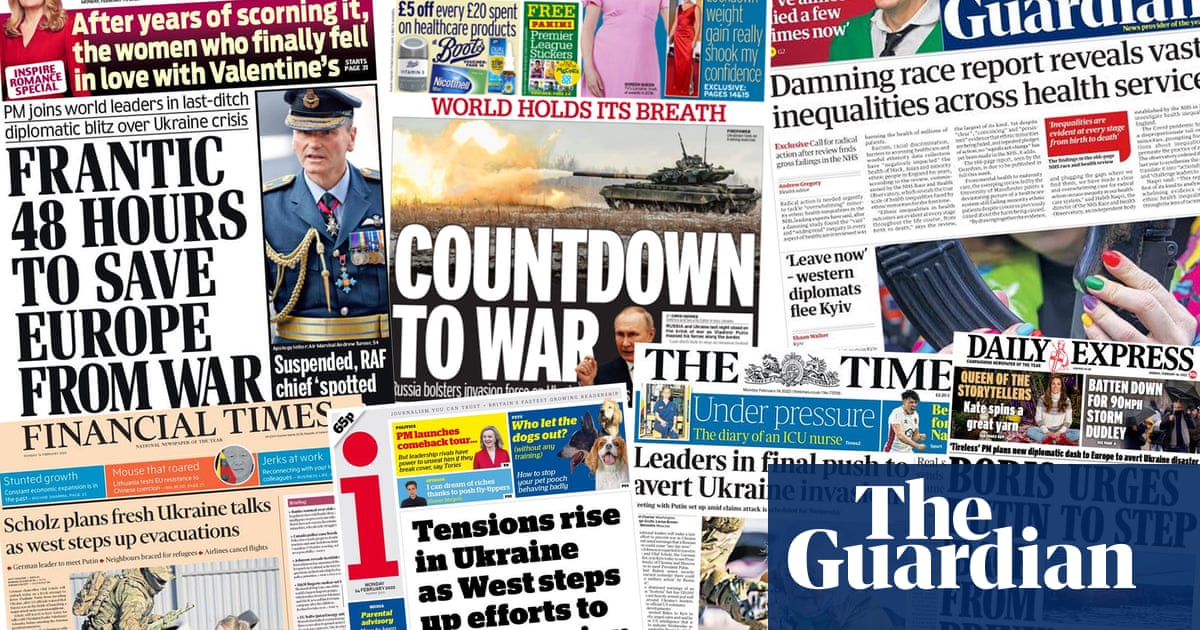 Fears that diplomatic efforts will fail to prevent a Russian invasion of Ukraine within days are writ large across most of today’s front pages, despite the latest talks announced by Boris Johnson and German chancellor Olaf Scholz.

ザ・ Mirror carries an air of the inevitable with the headline “Countdown to war”, saying Vladimir Putin has continued to mass troops at the border and quoting No 10 saying there could be an invasion “at any moment”.

ザ・ Mail’s front page says “Frantic 48 hours to save ヨーロッパ from war”, referring to reported US intelligence suggesting Wednesday could be when the Russian president gives the order. It notes Johnson’s planned tour of European leaders as a “last-ditch diplomatic blitz”.

ザ・ タイムズ also frames the latest diplomatic efforts from the British and German leaders as a last attempt to avoid conflict. “Leaders in final push to avert ボリス・ジョンソンのベン・ジェニングス invasion” is the headline, although it notes Ukraine’s president, 何千人ものウクライナ人が連帯を示してキエフに集結–ビデオ, has invited Joe Biden to visit and called for calm.

Its main image is of a 79-year-old Ukrainian woman being shown how to use an assault rifle, which is also the image of choice for the 電信, which homes in on Johnson’s planned efforts on the world stage, with the headline “PM urges ロシア to step back from the brink”. It does not offer further details on who he will meet, and when, but says the prime minister “will focus on engagement with the Nordic and Baltic nations”. ザ・ Express carries almost exactly the same headline, and quotes Johnson’s fears that the crisis is now at a “critical juncture”.

ザ・ i has the main points in its bullet-point format, under the headline: “Tensions rise in Ukraine as west steps up efforts to stop invasion”.

ザ・ FT also opts for an image of a Ukrainian civilian being given basic weapons training and focuses on German diplomacy and the diplomatic and military pullouts. “Scholz plans fresh Ukraine talks as west steps up evacuations” is the headline.

ザ・ ガーディアン opts for a more colourful Ukrainian civilian being shown around an assault rifle in its main image, and focuses on the evacuations, saying politicians are being extra cautious after being surprised six months earlier by the speed of the fall of Afghanistan to the Taliban.

Metro focuses on the bravado displayed by Russia’s ambassador to Sweden, Viktor Tatarintsev, 誰が言った: “We don’t give a shit about all their sanctions”. The headline is “West can’t Vladi scare Putin”.

Sunday’s ニューヨーク・タイムズ says “US pulls most diplomats in Kyiv as tensions mount”, carrying two stories: one on Biden’s efforts to deter Putin and another analysing the west’s “information warfare” strategy with Russia. 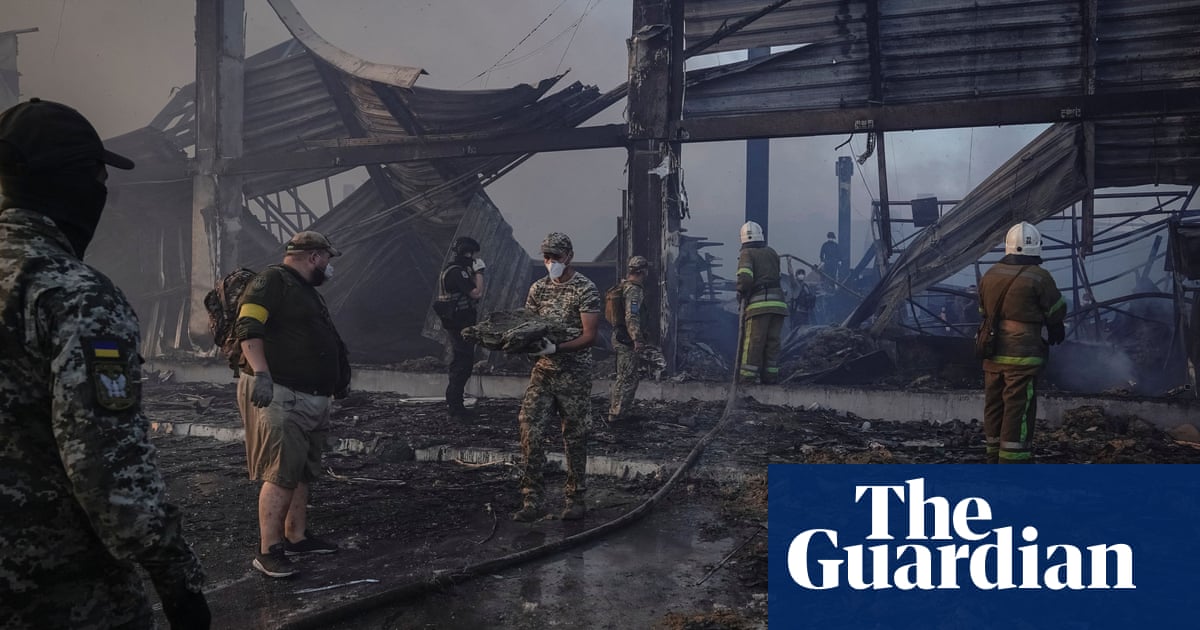 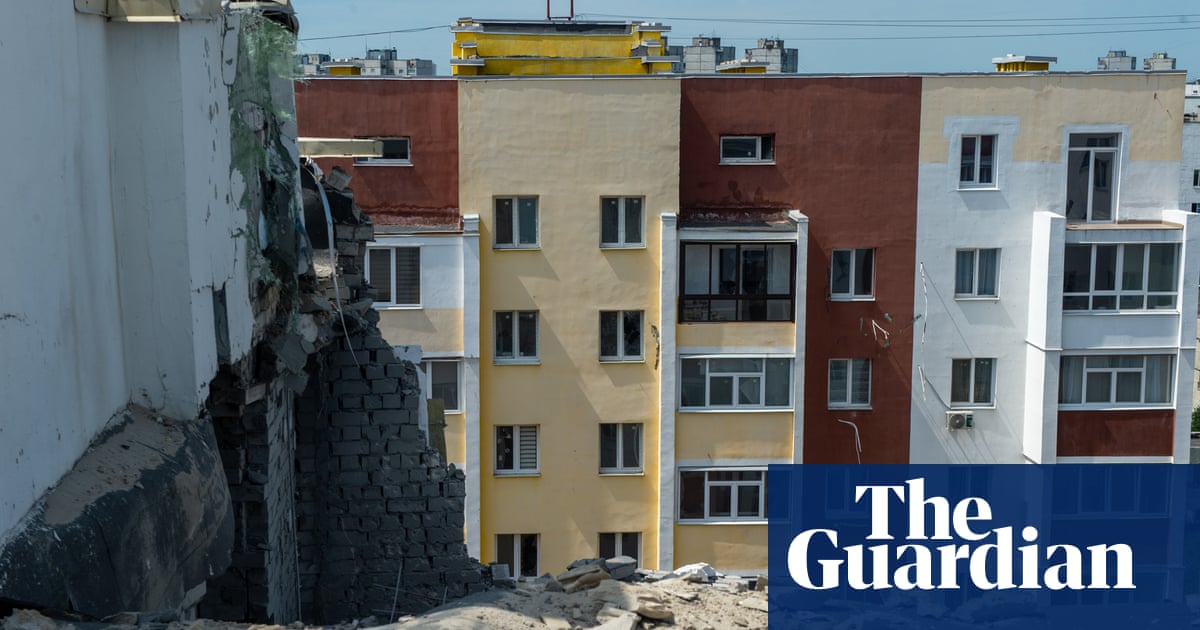