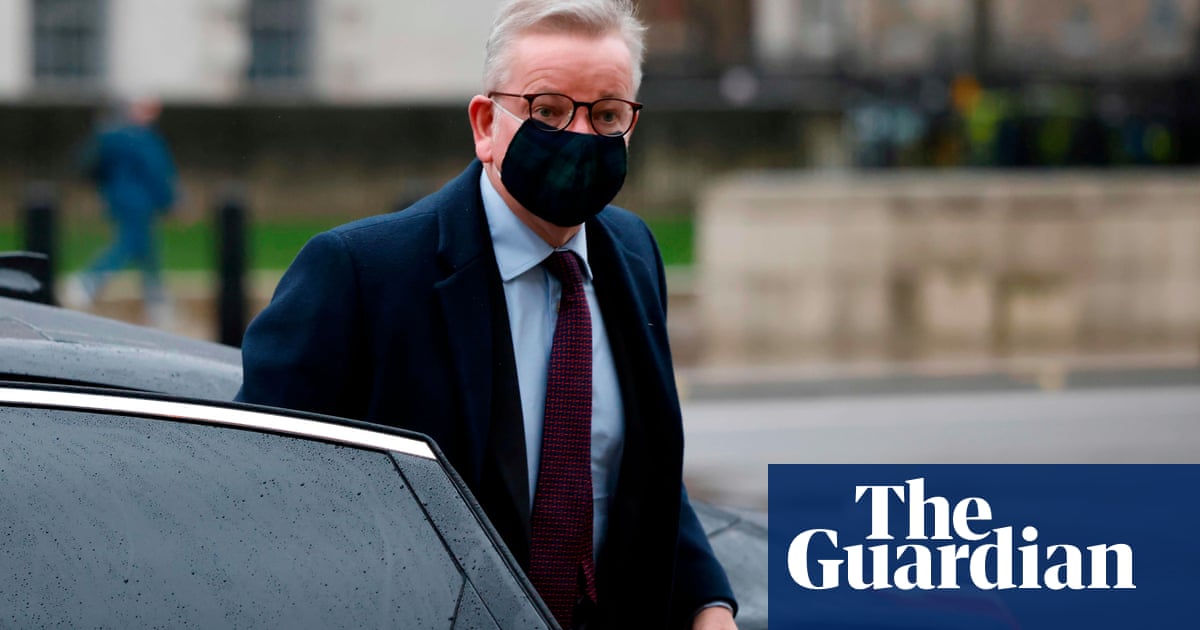 Ministers must learn from government failures in handling and sharing data if they are to build the necessary long-term public consent to bring the Covid pandemic to an end, according to a highly critical report from MPs.

The public administration and constitutional affairs committee examined the government’s levels of transparency and openness around the data underpinning key decisions, finding a lack of sufficient explanation that it says has placed needless strain on public confidence.

The MPs severely criticise Michael Gove for not appearing before them, which they say was “contemptuous of parliament”. Gove heads the Cabinet Office, which has shared responsibility for the response to the pandemic with the Department of Health and Social Care.

In their report, the MPs say accountability for decisions and the data on which they are based must be clear to ensure the trust of the public. They call on Gove to respond to their criticisms, “clearly outlining his understanding of his responsibilities”.

Ministers sent in Gove’s place were poorly briefed and unable to answer the questions put to them, says the committee, and when it wrote asking for information, it was often not provided. “This is wilful evasion of parliamentary scrutiny,” said the committee.

It gives the government credit for an increasing amount of openness with the data, such as the development of the coronavirus dashboard and the publication of the advice the Scientific Advisory Group for Emergencies (Sage), although they would like it to be “more consistent and timely”. On average, the Sage minutes are published 49 days after meetings, but sometimes with a much longer gap.

The committee highlights one important data shortfall: numerous contributors to its inquiry said there was insufficient data on the impact of coronavirus on people from black, Asian and minority ethnic groups. The report says there is “more work to do”.

The MPs say the data presented at the Downing Street briefings for the press and public were sometimes based on worst-case scenarios. The statistician Sir David Spiegelhalter, Winton professor of the public understanding of risk at Cambridge University, told the committee in evidence that the numbers could be based on extreme assumptions. He said communication around the 31 October briefing on the second lockdown, for instance, “was particularly poor” and the projection data of “up to 4,000 deaths a day” was subsequently widely ridiculed.

On the subject of worst-case scenarios, he said in written evidence: “I don’t want to ascribe motivations to anyone, but if someone were trying to manipulate emotions and wanting to frighten rather than inform, then this is the kind of thing they might do.”

The committee shared his concern, saying in the report “that large projections of infections or deaths are being used in an attempt to stoke anxiety rather than to inform the public”.

Other witnesses said they believed there had been “politicisation” of some of the data – for instance around the ambition voiced by the health secretary, Matt Hancock, to reach 100,000 tests a day by the end of April.

“The British public must be commended for how it has risen to challenges that would be unimaginable in any other circumstance,” said the committee chair, William Wragg. “Securing their trust is a crucial factor in the success of our response to the pandemic. For the government to build public confidence, it is absolutely vital that it is open on how it reaches its decisions and the data underpinning them.”

Dr Chaand Nagpaul, the British Medical Association (BMA) council chair, called the report “a damning reflection of the failure of the government to keep the public and nation properly informed during the greatest national and global health crisis in recent memory”.

“The BMA has long called for ministers to be open and transparent about the reality facing the nation, and to provide clarity in their decision-making based on science and evidence, in order to fight this pandemic successfully. It’s now very obvious this has not happened and this report, quite rightly, calls out the government for its failure to ‘provide sufficient explanation of the data underpinning key decisions during Covid-19’.”

Three in four girls have been sent sexual images via apps, report finds