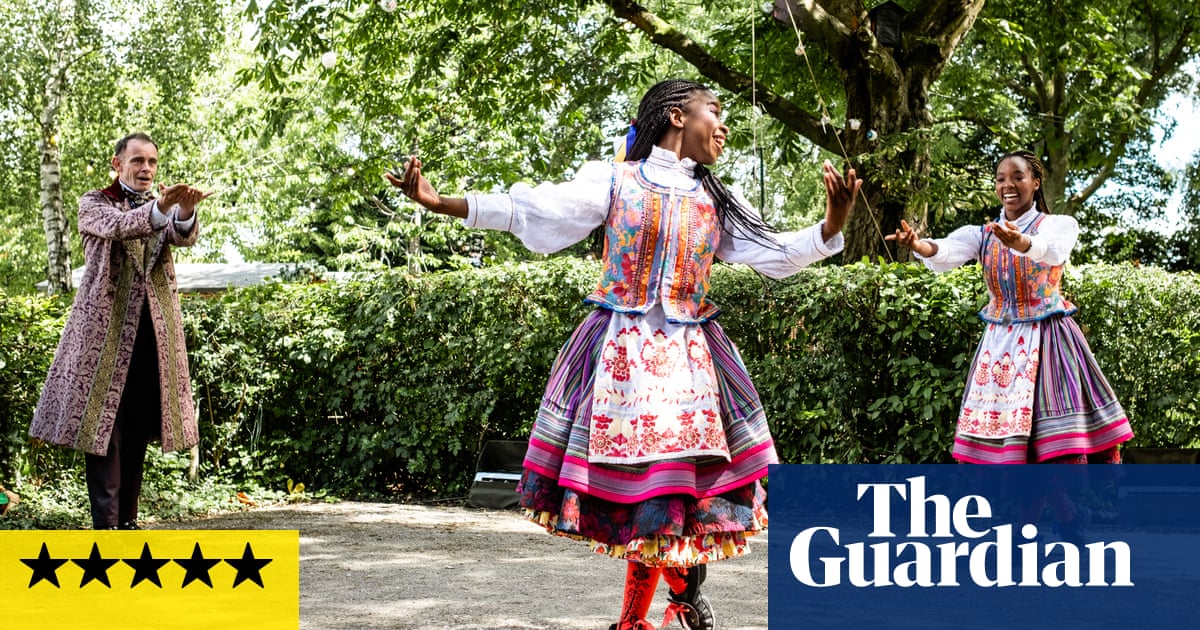 Who knew there was a Victorian village round the back of the New Vic? Where you thought there was just a car park and a 1980s edifice, there are now shop windows stuffed with antiquarian books, caged birds and jars of sweets. Someone has been constructing children’s toys in a workshop and the cakes have yet to be consumed in the teashop. Overhead are rows of fairy lights and colourful bunting. Sheet-music butterflies settle on the plants.

It would be chocolate-box idyllic if it were not for one thing. The longer you look at the bric-a-brac, the more you spot the eyeballs. Counting them is fun, but sinister as well.

That contradiction between the delightful and the troubling sums up this superb promenade adaptation by Theresa Heskins. At any moment, you could be in for a jolly adventure or led up a morally dubious path. Lis Evans’s exemplary design, with its pretty Slavic costumes and creepy hanging limbs, only adds to the ambiguity.

Drawing on the original ETA Hoffmann stories and the famous ballet, Heskins retells the story of Dr Coppelius and his amazingly life-like puppet daughter. Our entry point is Corinna Brown’s Swanhilde who, armed with curiosity where cash fails, helps us commit a daring raid on the main theatre to discover more about the ultra-realistic doll.

Bouncing excitedly on her toes, she wins us over with her high-pitched laugh and zest for life. She also gives us permission to think Michael Hugo’s Coppelius is a bit of a weirdo. We need that because there is something peculiar about him. Who else would wine and dine a mechanical doll – even one as mesmerising as Kira McPherson? He puts Coppelia through her stiff-jointed paces as if he expects her to come to life. It doesn’t seem unreasonable to play a trick on a man like that.

Having led us into temptation, Heskins takes us out of the dream-like theatre and into the clarity of day. We’ve been complicit in Swanhilde’s boisterous behaviour and the doubts are setting in. Did Coppelius not have his reasons? Was Swanhilde too destructive? Is there a way to make amends?

Hay, por supuesto, y, en 2021, what better way to finish than with a metaphor for rebirth, reconciliation and renewal?