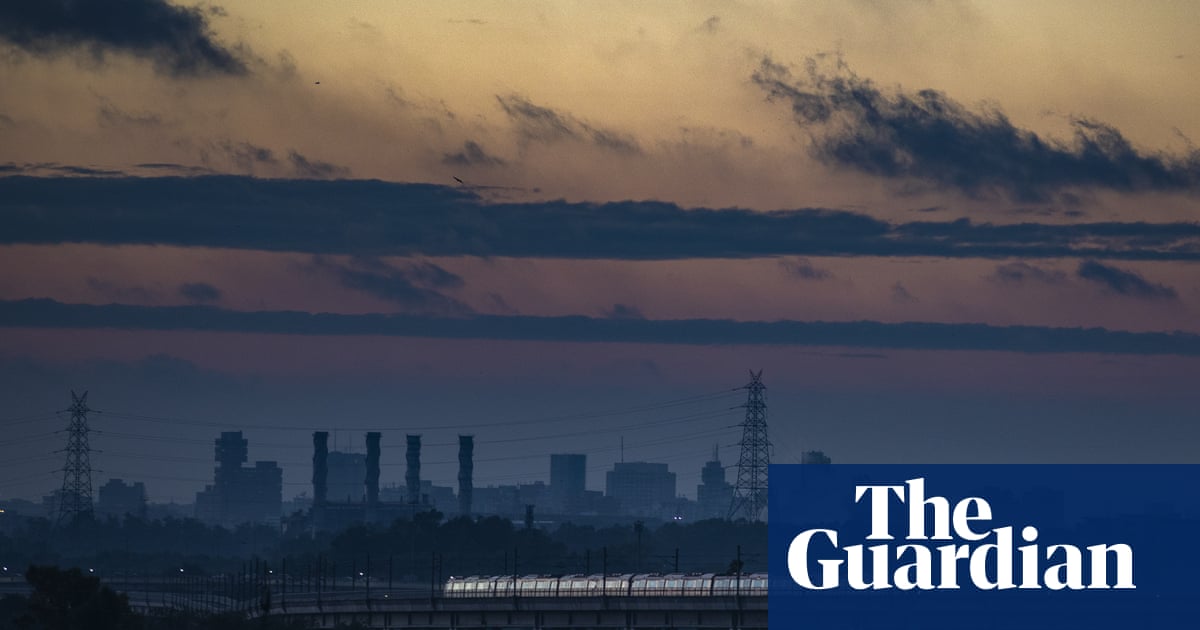 The pledges on greenhouse gas emissions on the table at the Cop26 climate summit in Glasgow would limit global temperature rises to below 2C, the first time the world has been on such a trajectory, according to research.

Plans by India, the world’s third biggest emitter, have made a sizeable difference to the global temperature estimate, research by the University of Melbourne has found.

If its commitments and those of other nations at the talks are fulfilled, temperatures would probably rise by about 1.9C above pre-industrial levels. That would be lower than the 2C upper limit but higher than the 1.5C lower limit set out in the 2015 Paris climate agreement.

Alok Sharma, the president of Cop26, said the new commitments represented important progress but that more would have to be done at this Cop to bring the 1.5C goal within reach.

With India’s and other recent national pledges, he said, 90% of global GDP was now covered by net zero pledges, up from only about 30% over a year ago. But the near-term target of halving global emissions by 2030 was still lacking, he said. How to address this gap in ambition was now the key question for the Cop.

Patricia Espinosa, the UN climate chief, added: “We have to work on how to address this gap, that’s the biggest challenge of this conference. But I have not heard anyone saying they do not want to go for 1.5C.”

The report’s author, Malte Meinshausen, an associate professor in climate science at Melbourne and a lead author for the Intergovernmental Panel on Climate Change, said the “momentous” shift in the projected global warming was largely triggered by recent improvements in India and China’s emission targets for 2030, as well as India’s commitment to net zero by 2070.

He said it was the first time the combined pledges and probable emissions paths of more than 190 countries had given a better than 50% chance of limiting warming to below 2C. But achieving the below-2C rise remained highly conditional and depended on countries mapping credible pathways to net zero as promised and developing nations receiving the climate finance they have called for to reach carbon neutrality.

Scientists have said improved research since Paris shows the 1.5C target was the limit of safety, beyond which some of the impacts of climate breakdown were likely to become irreversible, such as small islands being inundated and extreme weather taking hold across swathes of the planet. The UK hosts of Cop26 have set “keep 1.5C alive” as the key aim of the conference, but leading figures have said the goal may be in doubt.

For the world to have a good chance of staying within the 1.5C threshold, global emissions must decrease about 45% by 2030, compared with 2010 levels. Countries meeting in Glasgow will not hit this target, major figures at the talks conceded, but the race is on to close the gap between the pledges made and the 45% reduction needed.

India’s headline target, of reaching net zero by 2070, was criticised by some at Cop26 as being lacklustre and less than should be expected from a major country. Developed countries are being asked to meet net zero by 2050 at the latest, and developing countries by 2060. China has set 2060 as its goal but some analysts say the world’s biggest emitter is likely to meet it sooner.

India also pledged an increase in clean energy to 500 gigawatts by 2030 and a reduction in emissions intensity of its economy by 45% by the same date. It reckons its emissions are likely to peak by 2040, but some of its actions are dependent on receiving suitable finance.

Nicholas Stern, the chair of the Grantham Research Institute on Climate Change and the Environment at the London School of Economics, said: “This was a very significant moment for the summit, with prime minister [Narendra] Modi pledging stronger action by India on climate change, with five new targets. This demonstrates real leadership, based on a track record of action and ambitious targets, that can deliver on both economic development and climate change, from a country whose emissions per capita are about one-third of the global average.

Dr Radhika Khosla, of Oxford University, said: “India’s commitment to net zero is a strategic stitching together of its climate ambition and its development priorities. The 2030 targets, of 500GW of non-fossil fuel capacity and 50% of electricity to be renewable, both require near-term changes in the energy system, which will be key to locking in the pathway for a longer term net zero target. With this raised ambition compared with its 2015 pledge, the demands for greater funding for developing countries has even more heft.

“The rich world must respond to prime minister Modi’s challenge to deliver a strong increase in international climate finance.”

Meinshausen said the goal of limiting heating to the 1.5C goal still remained a distance challenge, with a roughly 90% chance it would be exceeded based on existing commitments.

Australia is one of the countries yet to come up with emissions-cutting plans in line with a 1.5C limit. Meinshausen said: “Australia put forward a net zero pledge that is not conditional, but simply hollow and hard to believe, as it is not underpinned by any credible policies at home.”

On 24 October 1962, an American nuclear chemist, Harrison Brown, started to pen a guest editorial for the Bulletin of the Atomic Scientists just as the Cuban missile crisis reached its climax. “I am writing on a plane...

The big idea: could fixing housing fix everything else, too?