Control by Adam Rutherford review – a warning from history about eugenics 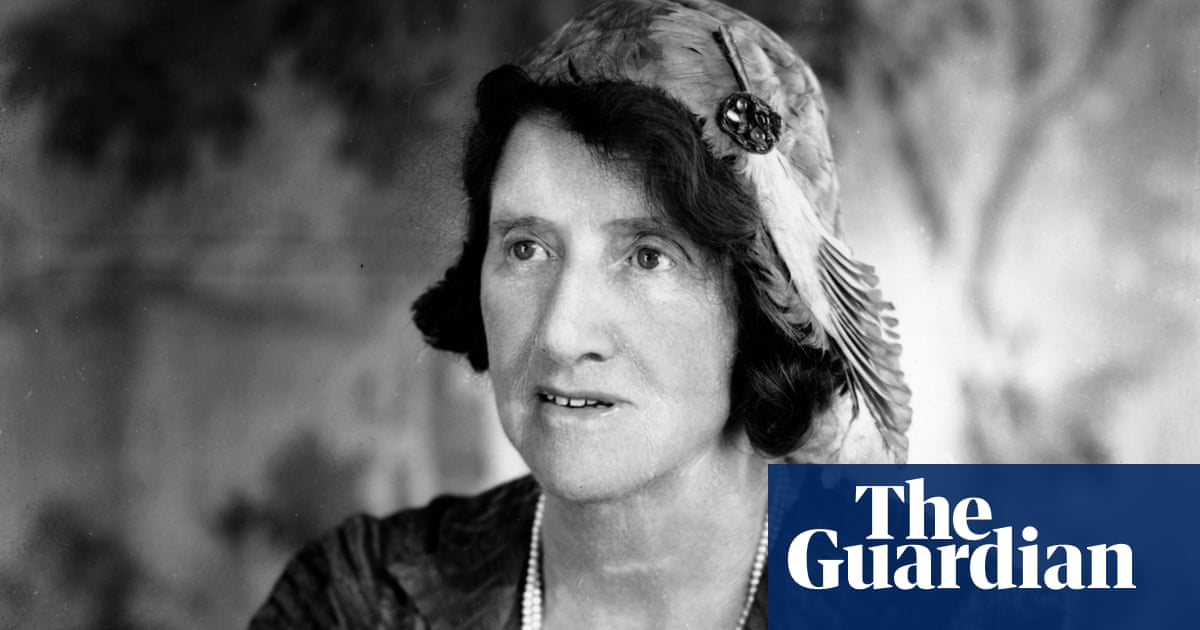 This is a short book about a big subject, with a thorny history stretching from the Spartans and Plato’s Republic, all the way to present-day science and policymaking. A glance at the index gives some idea of its scope. Ancient Greece rubs shoulders with Avengers: Infinity War and the “Do Not Resuscitate” notices of the Covid-19 pandemic with the doctors’ trial at Nuremberg.

It takes patience to trace the complicated web linking these ideas, and Rutherford does so with much-needed nuance and an absence of alarmism. “For just over a century, we have referred to the deliberate crafting of society specifically by biological design with a word which was for half of its existence regarded as desirable, and for the other half, poisonous,” he writes. As a geneticist and author of books such as How to Argue with a Racist, Rutherfordaims to distil a rounded, scientific analysis from the deeply tainted and overheated subject of eugenics.

He begins with a potentially controversial admission: “All science is political.” His own undergraduate study took place at the Galton Laboratory at University College London, an institution with a unique perspective on how scientific endeavour can be sullied by political ideology. Francis Galton was the father of modern eugenics. He gave a name – from the Greek, roughly meaning “well born” – toa discipline that aimed to improve humanity at the population level. It was an intention shared by many, butGalton’s name was formally removed from UCL premises in 2020 because of the role he’d played. “Galton’s racism was deep, consistent and robust, even for his era,” Rutherford writes. “It was explicitly White supremacist.” Like so many before and after him, Galton’s idea of improving humanity meant removing people who were different from him. And, after just a few decades, “the pathway of eugenics led directly to the gates of Auschwitz”.

It’s worth remembering how many great men and women of history held such views. Charles Darwin resented the propagation of “the weak”. Marie Stopes once advocated sterilisation of the “hopelessly rotten and racially diseased”. DH Lawrence daydreamed about leading “the sick, the halt and the maimed” into a “lethal chamber”. There’s a page on Winston Churchill’s publicly stated views, and they are eye-watering. It shouldn’t need saying, but does, against a babble of “cancel culture” and “erasing history”, that historical “heroes” are complicated. It might also help to explain why some communities are slow to trust science.

So, what about the “troubling present” of the subtitle? Rutherford offers an excellent brief explanation of the young science of genetics, from the gene editing technology CRISPR-Cas9 and embryo selection to IQ, heritability and complex polygenic traits. He is interested in the potential for gene therapy to eradicate specific diseases with roots in a single gene, such as cystic fibrosis, but deeply cynical about the idea that “screening” for intelligence will ever be possible, or desirable, and passionate about the waste of resources involved in pursuing it “when we already know how to improve the intelligence of populations with better education, healthcare and access to physical exercise”.

Given that, it’sfrustrating that he tiptoes around some of the more difficult questions involved in genetic medicine. For example: “Every potential mother now has a choice to decide if a life is worth living,” he writes. “It’s an irreducibly difficult and human one, and although science can furnish us with a context, it doesn’t provide a means for making a decision about the value of something as rich as a human life.” If all science is political, should scientists be forced to consider the potential consequences of their work? If we agree to eradicate conditions caused by genetic differences, what happens when somebody powerful decides to get rid of autism? Or deafness? Will today’s genetics pioneers be tomorrow’s heroes or villains?

Control is persuasive, sensible and ultimately reassuring, but it is not complacent. We shouldn’t worry about a genetically modified master race, it seems to say, but we must pay attention to the 19th-century-style eugenics happening in our times: from sex-selective abortion in countries such as India and China to reports of the involuntary sterilisation of women in US immigration detention centres. To know history is “to inoculate ourselves against its being repeated”, Rutherford argues. From that perspective, this book is a shot worth having.