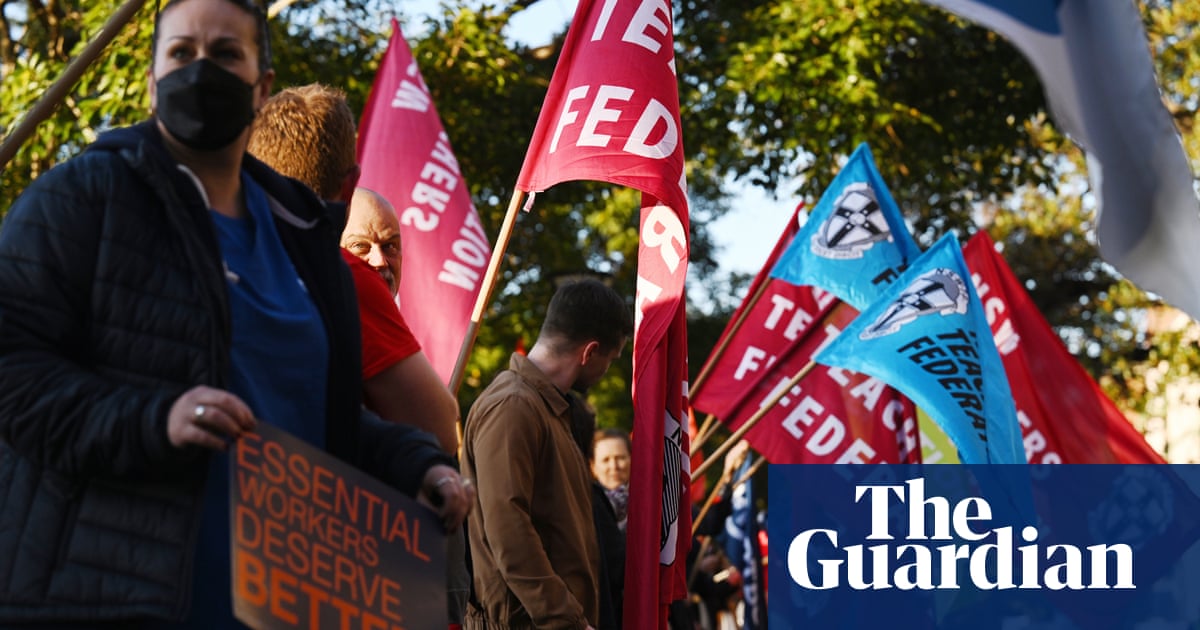 ニューサウスウェールズ州 Labor will seek to block moves by the government to dramatically increase fines for unions which take strike action not approved by the state’s industrial relations commission, as unions declare the move a “bloody-minded” attack on workers.

Following months of industrial dispute between the government and a range of public sector workers including nurses, teachers and rail workers, the NSW finance minister, Damien Tudehope, announced on Thursday he would move to dramatically increase fines for strike action taken without approval from the industrial relations commission.

Unions have slammed the decision, which would see them fined up to $55,000 for strike action taken in defiance of IRC rulings. Fines of up to $27,500 would be issued for each day after that, while unions which repeatedly breach orders would face fines of up to $110,000.

Currently unions pay fines of $10,000 for the first day of unauthorised action and $5,000 a day after that.

The secretary of Unions NSW, Mark Morey, told the Guardian the proposed bill was an affront to frontline workers such as nurses and teachers who had worked throughout the pandemic.

“This is some of the most anti-democratic legislation I’ve ever seen,” Morey said.

“It’s completely bloody-minded. The worst sort of bullying of the workforce I’ve seen in many years.”

Following the government’s announcement that it would lift its controversial 2.5% wage cap to 3%, unions including the Teachers Federation and Nurses and Midwives Union had held off on further industrial action until after the budget.

But when Tuesday’s budget did not include any further wage increase, the head of the teacher’s federation, Angelo Gavrielatos, immediately announced that public and Catholic school teachers would strike together for the first time on 30 六月.

While the new fines will not be in place in time to cover that strike action, Gavrielatos told the Guardian that even if the bill had passed his members “will not be silenced”.

Similarly the acting secretary of the nurses union, Shaye Candish, said the decision was “hugely disappointing”.

While the government had said the bill was not aimed at curbing industrial action – only action which it calls “illegal” – Candish said her union had repeatedly raised concerns about workforce issues with ministers without any progress.

“We’ve tried to work with the government, we’ve met with [the health minister] ブラッドハザード, Damien Tudehope and the premier himself to try and escalate our concerns and what we’ve ended up with is a budget that doesn’t provide nurses and midwives with the hope they need that the health service is stepping out of the crisis it is in.”

The Nurses and Midwives Union will hold a stop-work meeting next Tuesday to decide whether to take further industrial action, after the government said it would also give health workers a one-off $3,000 “thank you payment” in addition to the 3% rise.

The union has not ruled out further action because key concerns including a nurse-to-patient ratio have not been addressed by the government.

“It feels as though they’re really just trying to silence the workers who got up every day and worked during the pandemic, the ones politicians said thank you to every day," 彼女は言いました.

“Our community wouldn’t be where it is without these workers, so it feels really out of step with where community sentiment is.”

On Thursday Tudehope defended the move, telling reporters the move was aimed at stopping unions “thumbing their noses” at orders from the IRC. He pointed to recent strike action taken by the Public Service Association in which the IRC ordered some workers not take part in the strike action, saying the union had failed to advertise that ruling to its members.

"今, that is not too much to ask. I would have thought that a reasonable person would say, if a court makes an order, there should be an expectation that the parties comply with the terms of that order.”

But the government may face an uphill battle to get the bill passed through the NSW parliament, where it is currently in minority, after the Labor leader, Chris Minns, confirmed his party would oppose the bill.

“When you’re in a situation where you’re saying to nurses and teachers that you’re going to fine them when they have industrial disputes because they say they can’t pay their mortgages due to rising cost of living, but you can afford half a million dollars plus expenses for John Barilaro, I think people would say there always seems to be enough if you’re a member of the National and Liberal party but never enough if you’re a frontline worker," 彼は言った. 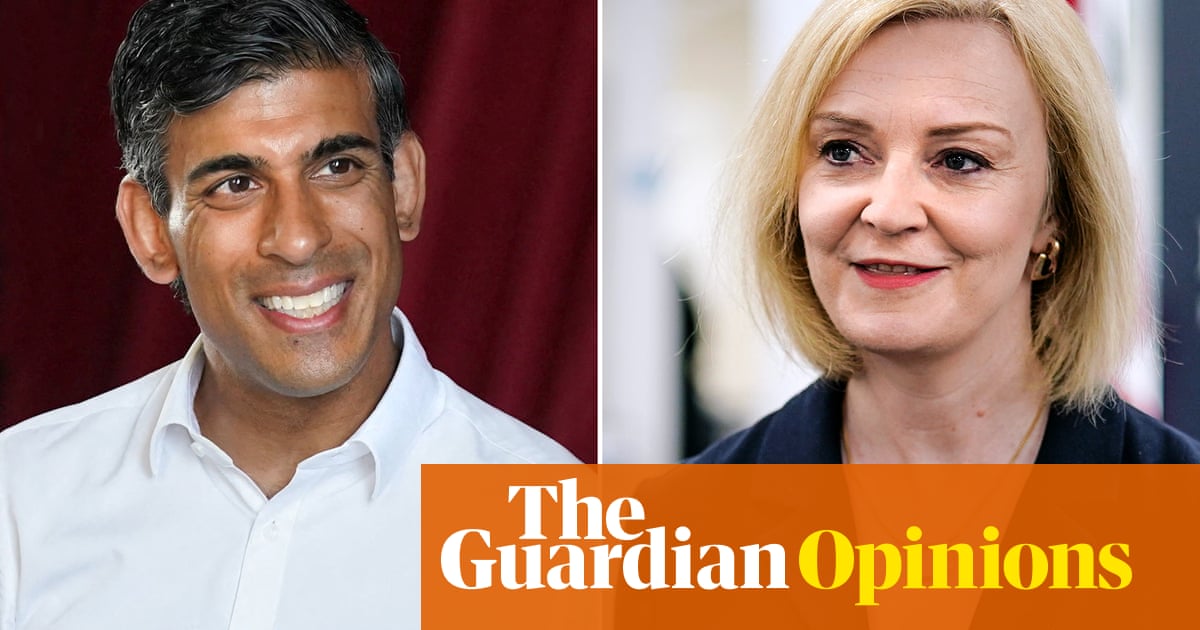 Truss and Sunak: completely unreliable narrators of their own campaigns

Nice work if you can get it. Boris Johnson has just returned from holiday. Not that it would much matter if he had stayed in Slovenia. Because it’s not as if he’s doing much at home. Thank god we’re not in a cost of l... 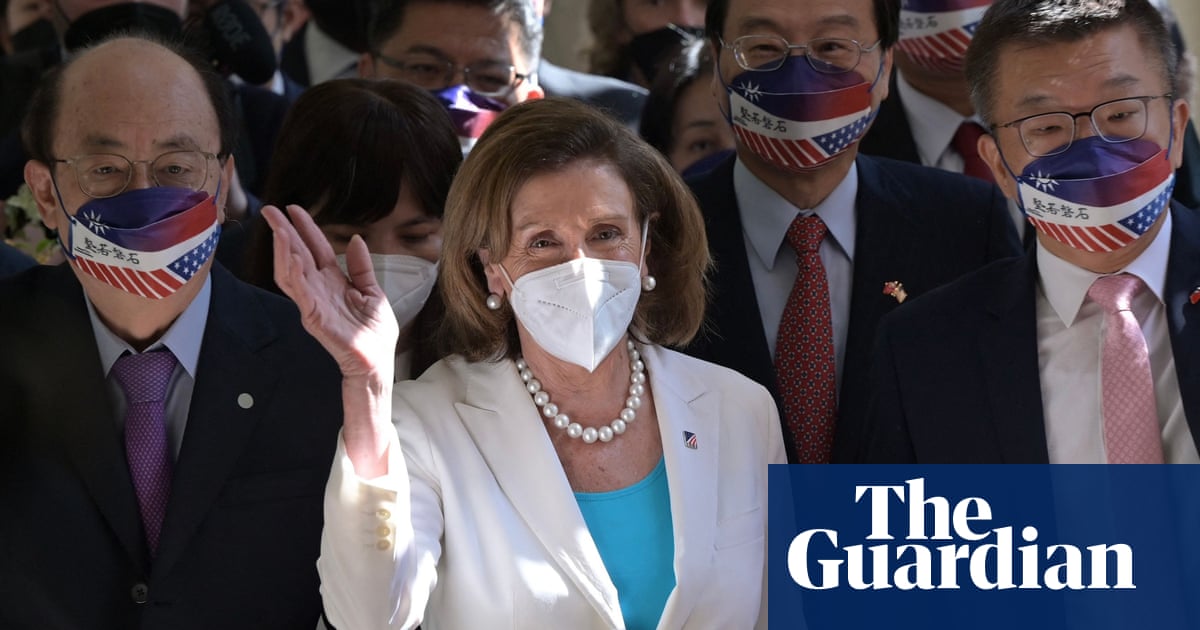