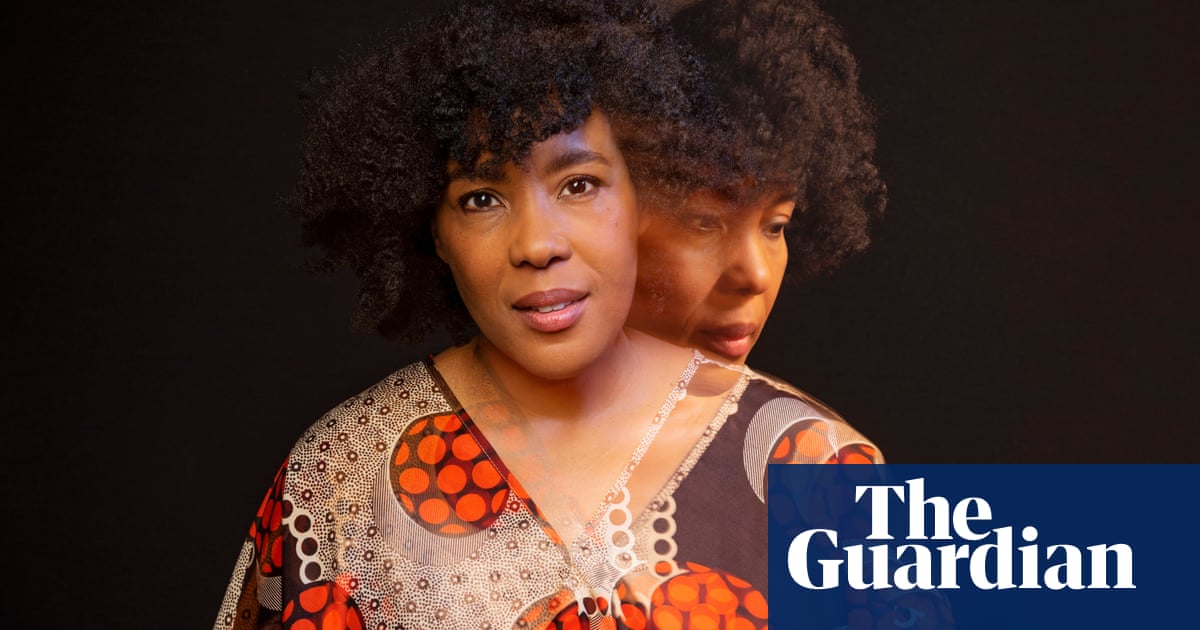 Performing her piece Sweet Tooth, Elaine Mitchener’s hands become someone else’s. Flesh is poked, buttocks are slapped, breasts are grabbed. Her fingers reach inside her mouth, fish-hooking her cheeks into a grimace, and she is dragged about the stage by invisible others. Her breath becomes shallow and panicked, in a natural, unperformed response. It is extremely difficult to watch and to hear, and it’s supposed to be: she is evoking a slave inspection. “It’s about: I want you to experience this with me, because we are equal, we are human beings,” she says. “It’s too simplistic for people to say: oh, it’s just provocative work, or she’s just angry and hammering it home. No, we’re talking about humanity and our existence.”

Mitchener is a vocalist (arguably the UK’s boldest operatic voice), movement artist (“dancer” isn’t quite right) and composer whose work cuts across music, theatre, dance, art and research. Her power is in her ability to generate intense collective empathy in a room. “Coming to see what I do, you don’t sit back,” she says. “People are exhausted afterwards. I ask you to come with me on this journey and we’re in it together. It’s about trust, and I take that trust really seriously.”

Her remarkable CV demonstrates her range: work with visual art stars such as Christian Marclay, Marina Abramović and Turner prize nominees the Otolith Group, and experimental composers George Lewis and Tansy Davies. Until 2026, she is an associate artist at the Wigmore Hall in London, an august classical music venue, but her voice can also be heard currently improvising traditional Jamaican song for sound artist Ain Bailey’s show at the Wysing Arts Centre, in Cambridgeshire, and on the forthcoming album by US avant-rap vocalist Moor Mother. She is also a member of the avant garde ensemble Apartment House, and the electro-acoustic power-jazz trio, the Rolling Calf.

In Aberdeen, you can see her installation, [NAMES II] an evocation – adapted from Sweet Tooth, a 2017 piece about slavery and the sugar trade in the Caribbean – as part of the British Art Show 9. In it, you hear a list of the names and monetary value of enslaved people from a plantation blended with Jamaican work songs and Gwo Ka drumming, a percussive tradition that survived the Middle Passage, the leg of the slave trade in which people from Africa were transported to the US; images of Mitchener are encased in stained glass in a low-lit space intended for contemplation and reflection. The names are just some of the 2,000 on one plantation found listed in the inventory of their owner when he died. “I thought about how bad sugar is for you, about the way it was made, the human cost of feeding this addiction thousands of miles away, and the wealth it brought. Do we ever think about it in that respect? I began thinking about how I was taught about this – or not.”

Mitchener doesn’t describe violence or worry, or pleasure, but performs it – profoundly necessary work at a time when culture warriors refuse to accept the facts of these most violent histories. “I was talking to someone about the day of reckoning in Canada, after the discovery of unmarked graves of First Nation children, and for me, Sweet Tooth is about all of this,” she says, also mentioning the recent inquiry into sexual abuse in Lambeth council children’s homes. “Those lives destroyed – how could we allow that to happen? One of the survivors said we need this to be looked at properly because this is about society, this affects everyone. That’s the kind of compassion I’m talking about when I say come on this journey with me. We have to share this because we have to care about each other to stop this from happening again … Maybe I’m telling the same story over and over again, but I’ll continue to do it until people understand, and acknowledge, and then we can have the kind of relationships we should be having.”

Mitchener was born in London in 1970 to Jamaican parents. She found a love of performing at church and was able to learn an instrument thanks to a progressive local authority. Her parents listened to Funkadelic, gospel, ska, reggae and dub and they watched pop and musicals on television, but she also latched on to the noises of her surroundings, which she credits with pushing her towards experimentalism. “I have strong memories of cranes moving sand in a glass factory,” she says, “and hearing freight crates crashing together during the day along the railway line, which ran past the estate.”

At church she saw “youngsters who looked like me, playing the hell out of the drums, singing amazingly, playing piano. I saw it, and I wanted a piece of it.” She joined a girls’ a cappella group and performed across London on the church circuit. She later studied classical singing at Trinity College of Music in London, but took a break after struggling to find the technique she needed to make the sounds in her head. She started singing again in 2007, and in 2008 began studying with the opera singer Jacqueline Straubinger-Bremar, who understood her ambitions.

Mitchener is a mezzo contralto with a vocal range of three (and a bit) octaves. Her astonishing palette of vocal sounds encompasses uncomfortable glottal constrictions; reedy gasps and heaving exhalations; syllables that stutter as if caught on a flywheel, repeated with inflections that change their meaning, alongside morsels of exquisitely beautiful singing. “I’m drawing on what I hear around me,” she says. “Watch young children – they’re making the weirdest sounds. It’s only as teenagers we’re told to stop. My ears are always on – it’s this library of information.”

She began working with the choreographer Dam Van Huynh about 15 years ago, blending movement with her vocalisations after finding that standing at a mic wasn’t enough. She learned how to fall on the floor and how to get up, pushing her physical capabilities. “At first it was like teaching a baby how to walk from crawling,” she says. “It took months just to learn to walk across the stage not looking frumpy.”

She has also developed a repertoire called Vocal Classics of the Black Avant-Garde; reinterpreted work by choreographer, singer, sound poet and composer Jeanne Lee; and worked on a Radio 4 documentary on the self-described “gay guerrilla” composer Julius Eastman. I ask if she’s trying to “decolonise” the canon, but she deftly deflects the question – she wants the brilliance of Archie Shepp and Eric Dolphy to speak for itself, not get drawn into a culture war. “My role is to present a variety of work that speaks strongly, or gets people thinking and reflecting, and enjoying,” she says. She points to George Lewis’s writing on redressing the balance in classical repertoire, and says the works she performs – whether associated with jazz, poetry, or experimental music – hold their own in classical venues.

Next, at Wigmore Hall in September, Mitchener will perform the UK premiere of the then + the now = now time, a stream of “aural pictures” on the responsibility of remembering, where bass rumbles and her voice sings out in loud, clear tones against samples including the Labour politician David Lammy’s Windrush speech. “I’m always developing. I’m pushing, pushing, pushing,” she says. “I feel like a conduit to the expression of what needs to come out. Friends who have dared to come to see me, who aren’t involved in this sector, say they don’t recognise me – is that you!? I say: Yeah! That’s me! When I’m on stage, I’ve got to be 100% in it, otherwise what’s the point? What I need to communicate is more important than me.”

Migratory birds including the willow warbler, the garden warbler and the nightingale may eventually stop flying south for the winter as they spend longer in their European breeding grounds. Analysis of more than 50 ye...