Co-leaders of Scottish Greens to become ministers at Holyrood 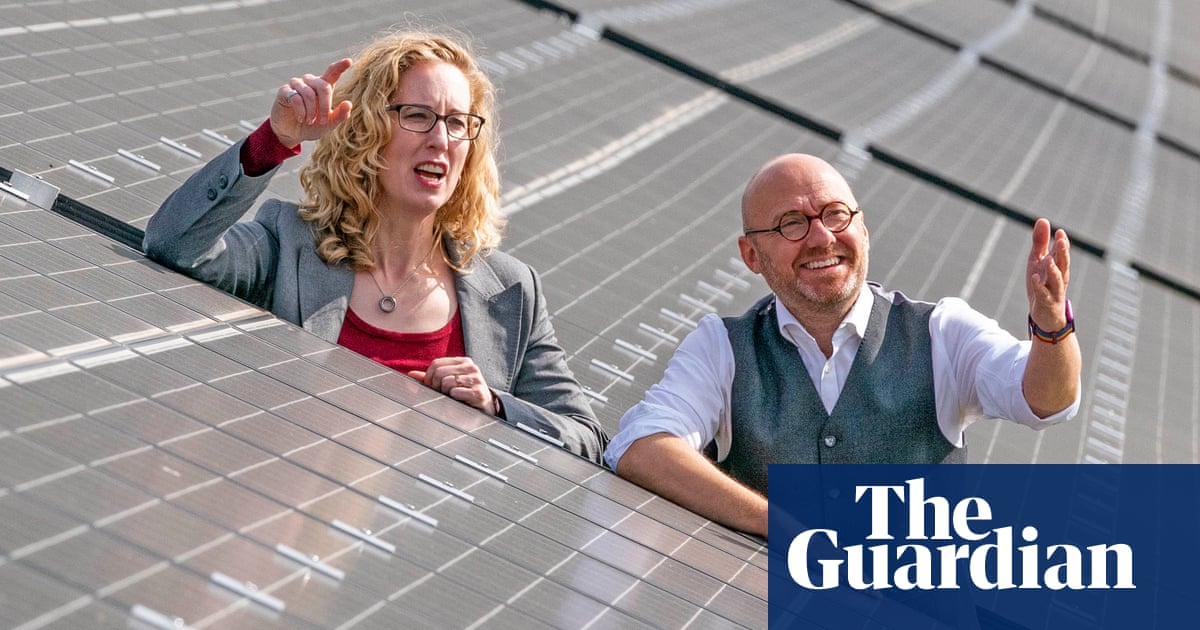 The Scottish Greens’ co-leaders, Patrick Harvie and Lorna Slater, are to become ministers in the Holyrood government – the first time representatives of the party have been appointed to government in the UK.

Harvie will be the minister for zero-carbon buildings, active travel and tenants’ rights, while Slater will take on the role of minister for green skills, circular economy and biodiversity.

Among Harvie’s responsibilities will be driving the move away from high-carbon transport and heating, while ensuring fairness during the transition. Slater’s role will include Scotland’s green industrial strategy and dealing with national parks.

The Scottish first minister, Nicola Sturgeon, dicho: “This historic cooperation agreement is founded in a shared drive to work together in the Scottish government to build a greener, fairer, Escocia independiente. We have massive challenges to overcome: a global pandemic and its lasting effects, the climate emergency, and the assault by the UK government on the powers of our parliament.

“Patrick and Lorna’s roles in government are rightly at the heart of facing up to them, and the expertise and passion they bring with them will contribute greatly to defining Scotland’s path forward in doing so.

“I look forward to working with my new Green party colleagues in this new and ambitious way.”

Harvie said: “We are at a crucial tipping point in terms of our relationship with the planet. I am thrilled at the opportunity to drive forward policies that enhance people’s lives while supporting the urgent goal of tackling the climate emergency as we emerge from the pandemic.”

Slater said she would focus on a just transition to net-zero as well as ensuring benefits to the natural environment.

Ministerial appointments are subject to formal approval by the Scottish parliament and the Queen. The Scottish Conservatives plan to vote against the nominations but are outnumbered by SNP and Scottish Green MSPs.

Negotiated over the summer after the SNP fell one seat short of an overall majority in May’s election, the power-sharing agreement involves a shared policy platform. This includes an agreement to pursue another vote on Scottish independence before the end of 2023 if the threat of coronavirus has subsided, a programme of environmental policies, and a pledge to implement rent controls.

The deal stipulates that public disagreement between the parties would only be allowed on 10 topics, such as aviation policy, green ports, direct financial support to aerospace, defence and security businesses, field sports and the economic principles related to concepts of sustainable growth and inclusive growth.