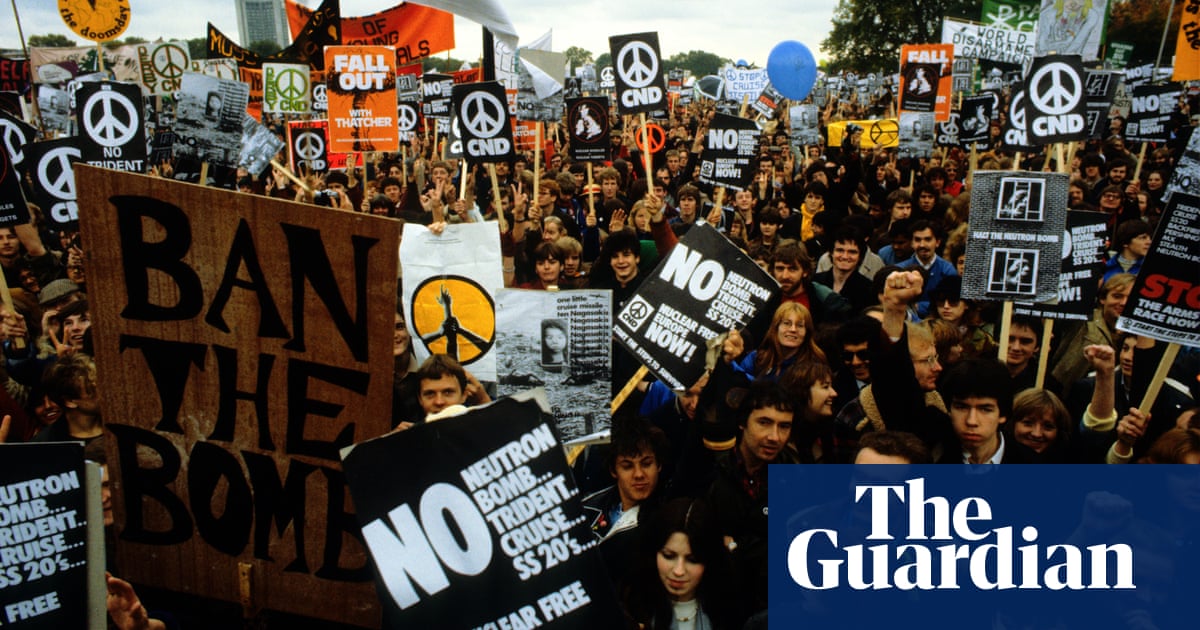 The Campaign for Nuclear Disarmament (CND) issued its demand after the inquiry, led by the retired judge Sir John Mitting, confirmed that police planted an undercover officer, John Kerry, in its headquarters between 1981 e 1984.

The inquiry has also disclosed that police deployed an undercover officer to spy on a local CND group in east London in 1985 e 1986, and another to infiltrate the Greenham Common peace camp between 1983 e 1986.

The general secretary of CND, Kate Hudson, disse: “CND has a long record of democratic engagement, working in a peaceful and open way to question and challenge government policies that put citizens in the way of great harm. We have been part of the very fabric of British society for over six decades, working widely across civil society.

In one of the most famous feminist campaigns in recent history, thousands of women camped outside the Greenham Common military base in Berkshire between 1981 e 2000 to protest against nuclear weapons.

Mitting has disclosed that an unidentified undercover officer gathered information about a peace group that initiated a continuous protest in 2006 e 2007 in Scotland outside Faslane naval base, which is home to the Trident nuclear missile fleet. He has not given any details of the surveillance of the group, which was called Faslane 365.