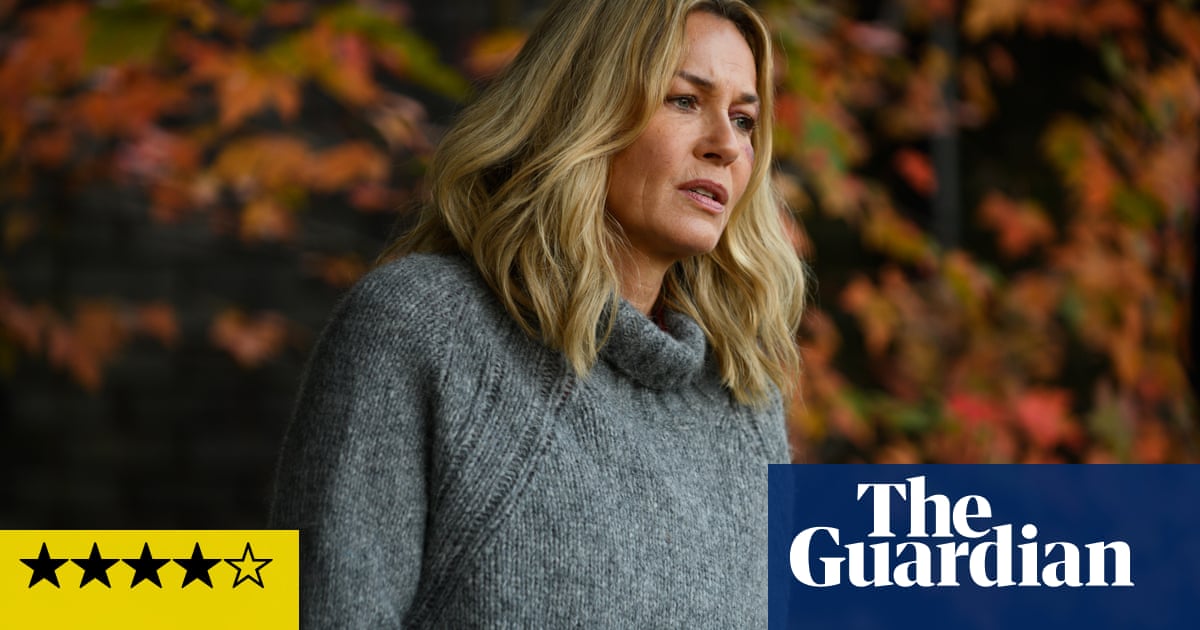 Move inland, people. That’s my advice, if you don’t want to be murdered (or nearly murdered). Coastal towns are now the most dangerous places on television. I blame Broadchurch mostly, though arguably the rot set in with Murder She Wrote’s Cabot Cove – the seaside town in Maine that had a murder rate roughly 18 times that of 70s New York.

In the last few months alone, we have had Charlie Brooks being gaslit by the sunny Melbourne shoreline in Lie With Me; corpses littering Ilfracombe’s sands in The Long Call; dead twins stuffed in caves in I Know What You Did Last Summer; and death in Hythe in Back to Life. And now we have the new psychological thriller Close to Me (Channel 4), delivering its psychological thrills in an unnamed but possibly Kentish town (given that there is a charity for Syrian refugees making up part of the plot) by the sea. No corpses yet, but I suspect it’s only a matter of time.

We open with Jo Harding (Connie Nielsen), who comes to at the bottom of the stairs with a high blood-alcohol level and a head injury so severe it has wiped the last year of her life from her memory. The six-part series – based on Amanda Reynolds’ 2017 book of the same name – follows her as she attempts to piece her life back together, and work out whether those closest to her are telling the truth.

It is rather delicious. Little mysteries, clues, inconsistencies, multiple possible interpretations of people’s actions, glances and reactions abound, adding up to larger and larger questions and creeping suspicions. Why is Jo’s phone missing? Why is her husband, Rob (Christopher Eccleston), slimmer, fitter and wearing contacts rather than the glasses he wore a year ago? Is lying about the dog being with the neighbour rather than having died a few months ago, or not telling his wife that her father is in a nursing home with dementia, evidence of his devotion to her or a worrying willingness to dissemble? Are Jo’s sudden rages a sign of post-traumatic head-injury disinhibition, suppressed experience, or that she wasn’t as nice a person or a mother as she thinks she was?

There are questions, too, about her relationship with her best friend (Susan Lynch), with whom she was on no-speaks when she fell (if she fell). Jo also has flashbacks to hot sex in a hot shower with a tattooed man – is the gardener too obvious a candidate? I must give a shout out to a joke I have been waiting at least 20 years to hear, ever since I first learned the plant’s name. When Jo asks young Owen (for such is the name of the horny-handed son of toil) if they are close, he replies: “Well, I have handled your lobelia.” I have never understood why this has not long been a go-to comedy staple on a par with “Take my wife – please!” or “Said the actress to the bishop”, and my hope now is that I have just witnessed it taking root in the national psyche.

Oh, and what are we to make of the fact that Jo seems to be menopausal? As Chekhov said: don’t leave an oestrogen deficiency providing a host of symptoms including dizziness, brain fog and paranoia on the mantelpiece in the first act if you’re not going to exploit them in the third.

For all its adherence to the psychodrama/mystery genre, Close to Me is gratifyingly full of realistic grace notes. When she notices the weight loss and the contact lenses, for example, Jo asks Rob outright if he’s having an affair, and mutters incredulously to herself when she finds he has brought her painfully skinny jeans to change into before she leaves hospital, still bruised and battered. The marital banter, so rarely credible in drama, is a treat here (“How do you think I felt, watching that go round the garden with its shirt off all summer?” says Rob mournfully, when Jo first sees Owen). It also suggests a genuinely good relationship – once upon a time? – that only adds to the mystery.

The final scene adds extra torque and will surely hook any waverers in for the next episode – all six episodes were made available on All 4 as soon as the first ended. I think most people will have happily decided that they are in for the duration long before then. I’m adding it to my binge-watch list for sure.