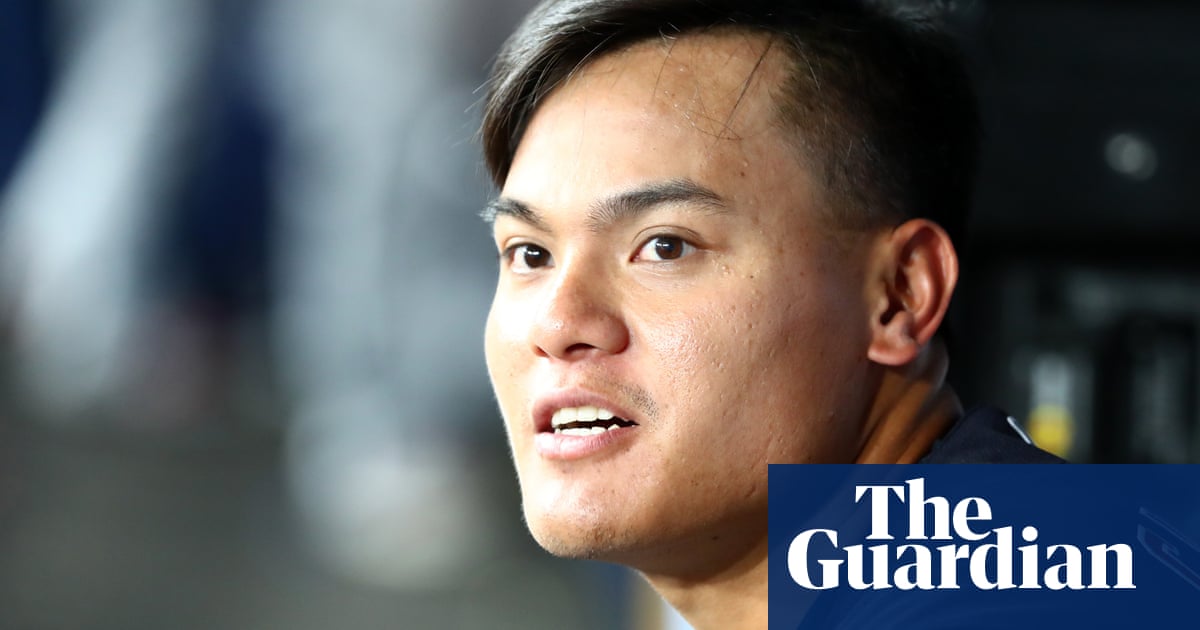 Chang, who is Taiwanese, posted some of the anti-Asian tweets on his Twitter account Tuesday while asking for tolerance. One of the messages referred to the shape of his eyes and another referred to the coronavirus.

“Exercise your freedom of speech in a right way, I accept all comments, positive or negative but DEFINITELY NOT RACIST ONES,” Chang ha scritto. “Thank you all and love you all.”

He included the hashtag #StopAsianHate.

Soon after his posting, Chang received an outpouring of positive responses and support from Indians fans and others across social media.

The 23-year-old who came up as a middle infielder in Cleveland’s organization is playing first base for the first time this season. The Indians signed him as a free agent in 2013.

With the game tied 3-3 in the ninth inning and the White Sox threatening with two runners on base, Chang fielded a ground ball and attempted to get the force-out at second but hit Chicago’s Yasmani Grandal in the helmet.

The racist social media postings directed toward Chang are part of an ugly trend of abusive behavior toward Asians in the United States. Former NBA player Jeremy Lin has been outspoken about the racist behavior and sports organizations have offered support to quell incidents.

Lin spoke out last month against the rise in targeted attacks against Asian-Americans in the wake of shootings at three Atlanta-area massage parlors that left eight people dead, the majority of them women of Asian descent, leading to fears the killer had a racial motive.

The 32-year-old, who plays for the Golden State Warriors’ G League affiliate, made headlines in February after revealing that he was called “coronavirus” on the court without saying when or where it happened.

The first American-born player of Chinese or Taiwanese descent to play in the NBA, Lin said the violence in Georgia was the natural progression of an escalating trend he’s observed over the past year.

“It feels very different,” Lin said told CNN. “Growing up it was always something that might be a little bit more subtle or verbal, but I think what we’re seeing right now is a lot of physical, actual violence, lives being taken, a lot of Asian-Americans who are looking over their shoulders when they go outside, when they go to the grocery store. And we’re starting to slowly see more and more reporting of what is going on, but this is something that is definitely hitting different.”

Ha aggiunto: “It feels like it’s happening more and it feels like it’s getting worse. Even for me, I’m starting to question: ‘If I speak out more, am I encouraging more people to have even more hate?’ By other people seeing these headlines, are we encouraging more people to do more crazy things and to hurt more Asian-Americans? It’s just a very fearful thought process.”

Conservative ministers and whips began spreading rumours about Christian Wakeford’s personal life minutes after the MP defected to Labour, it has been alleged amid growing concerns over dirty tactics in politics. Il ...