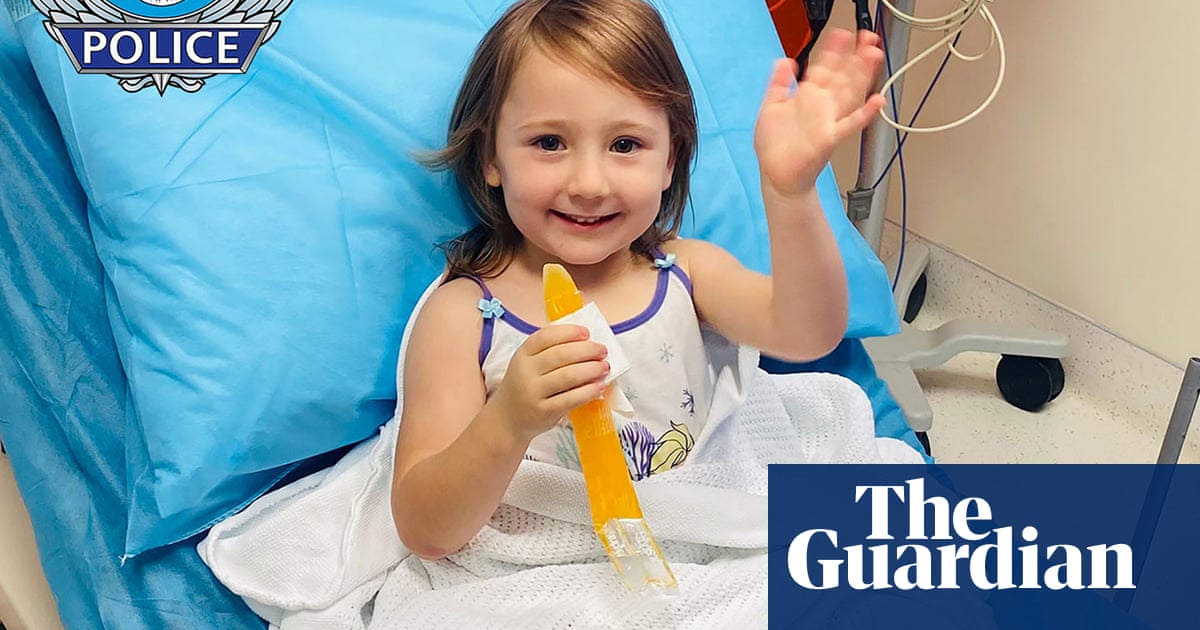 West Australian police have charged a 36-year-old man in relation to the alleged abduction of Cleo Smith after the four-year-old was found alive and well 18 days after she disappeared.

Terence Darrell Kelly appeared briefly before a magistrate in Carnarvon on Thursday afternoon.

WA police in a statement said the Carnarvon local had been charged with various offences relating to the alleged abduction of Cleo including “one count of forcibly taking a child under 16”. The matter is due back in court in early December.

Officers found Cleo about 1am local time on Wednesday alone in a room at a house in Carnarvon, a town 900km north of Perth on WA’s north-west coast, and just 75km from where her family was camping when she disappeared from their tent on 16 October.

Kelly was taken into custody as officers rescued Cleo and he was later questioned about the suspected abduction. He was not at the house when Cleo was discovered. Police have said he has no connection to her family.

Earlier on Thursday, police said the 36-year-old had been taken to hospital twice since being apprehended, both times to treat self-inflicted injuries.

The WA premier, Mark McGowan, visited Cleo and her family in Carnarvon on Thursday. He gave the four-year-old two teddy bears named after the officers who rescued her in the early hours of Wednesday morning.

Police have released an audio recording of the moment officers first entered the room in the Carnarvon home where they allegedly found her. During the exchange, officers asked her name and she responded “my name is Cleo”.

She was reunited with her mother, Ellie Smith, and her partner, Jake Gliddon.

A photograph of a smiling and waving Cleo eating an ice treat in her hospital bed was released by WA police on Wednesday. She was later discharged.

Police also released footage from an officer’s body camera showing the moment Cleo was carried out of the Carnarvon house with one of the officers present later describing the four-year-old as being energetic.

“She’s a little Energizer bunny,” he said. “How she has that much energy. I wish I did. We all wanted to take turns holding her.”

Police have said they received information on Tuesday that, together with investigators’ previous findings, led them to the Carnarvon address where Cleo was allegedly found.

WA police do not expect anyone to claim the $1m reward for information about Cleo’s whereabouts that had been offered by the government – the equal largest reward ever offered by the state. Cleo’s family live in Carnarvon.