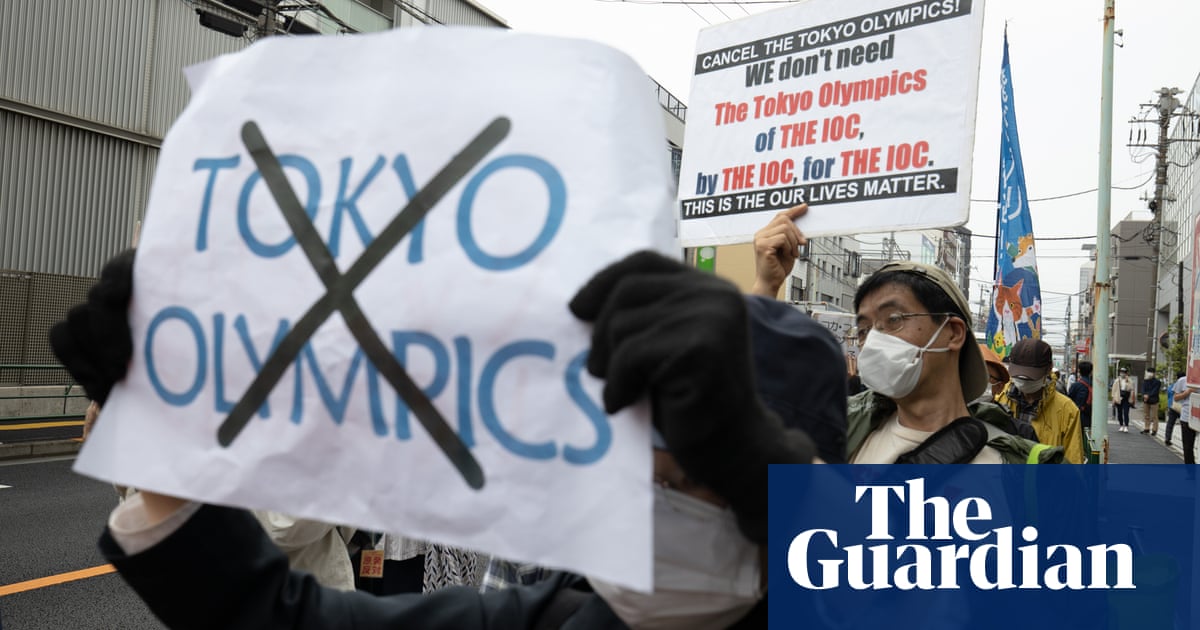 The least divisive statement in the saga surrounding Tokyo 2020 – assuming, as many people now do, that it will happen in just over 40 days’ time – is that it will be an Olympics like no other.

Overseas fans have been banned; athletes will spend what for many will be the pinnacle of their career sealed off from the outside world; GPS-tracked journalists hoping to escape their hotel rooms for a late-night fix of ramen risk being put on the next flight home.

Since their unprecedented postponement in March last year, as the coronavirus began its surge around the world, the Games have been stripped of almost every vestige of what makes them the most anticipated event in the sporting calendar.

The prospect of an Olympics-lite going ahead while the coronavirus continues to infect hundreds of thousands a day worldwide has many wondering why the International Olympic Committee (IOC), with the blessing of local organisers and the Japanese government, is pushing ahead with them.

The official line is that cancellation would be too cruel a sacrifice to impose on thousands of athletes who have spent years training to compete on the Olympic stage, possibly for the last time.

But in explaining their motives for persevering in the face of opposition from the Japanese public, health experts and even a member of the Japanese Olympic Committee, IOC officials have avoided any mention of the irrepressible force driving the Games towards their 23 July opening date.

The IOC and organisers stand to lose billions of dollars if Tokyo 2020 falls victim to the coronavirus for a second time. Japan has officially spent $15.4bn on the Olympics, although government audits suggest the real figure is much higher. All but $6.7bn has come from Japanese taxpayers.

The cost of cancellation to Japanese organisers could reach ¥1.8tn yen ($16bn), according to a recent study by Takahide Kiuchi, an economist at Nomura Research Institute. But that could pale in comparison to the damages the Games could inflict on the world’s third-biggest economy if they turned into a super-spreader event and forced Japan to declare another coronavirus state of emergency, Kiuchi said.

Organisers would have to reimburse Japanese sponsors, which have invested a record $3.3bn in the event, on top of the estimated $800m they have already forfeited in ticket sales due to the ban on foreign spectators.

When Kaori Yamaguchi, a judo bronze medalist in Seoul in 1988 and member of the Japanese Olympic Committee, said last week that organisers had been “backed into a corner”, many concluded she was referring to the lopsided host city contract signed by the IOC and organisers when Tokyo won its bid in 2013.

Only the IOC has the authority to cancel the Games. But if Japan decided to turn them into a practical impossibility by, byvoorbeeld, imposing watertight travel restrictions on all overseas visitors, it would have to bear the costs and compensate the IOC for any losses resulting from claims by third parties.

“Tokyo could be in breach of the host city contract if they refuse to host the Games,” said Leon Farr, a senior associate at Onside Law, a London-based firm specialising in sports. “In theory, the IOC could sue Tokyo for its losses, including any claims the IOC receives from Olympics broadcasters and sponsors who didn’t get what they paid for. Those claims could run into billions of dollars.”

The prospects of an IOC-led cancellation are practically nil. The organisation depends on selling broadcasting rights for almost 75% of its income, with another 18% coming from 15 top sponsors. According to one estimate, the IOC could lose about $3.5-$4bn in broadcast revenue if the Tokyo Games were called off.

Hierdie week, the IOC’s biggest single source of income – the US broadcaster NBCUniversal – confirmed it was stepping up preparations for 7,000 hours of Olympic coverage across eight networks and multiple digital platforms.

Japan’s prime minister, Yoshihide Suga, who has indicated that not even the elected government of a sovereign nation can stop the IOC, also stands to gain from the Games.

His Liberal Democratic party (LDP) is practically guaranteed victory in this autumn’s general election. But Suga must first see off potential challengers at a leadership election in September, and has reportedly calculated that a relatively trouble-free Olympics would boost his chances of leading the party to the polls a month later.

Farr, egter, believes cancellation is still a possibility. “Despite the legal risks, the reality is that we remain in a pandemic, and the Japanese government will not hesitate to step in if it believes the Games cannot be held safely," hy het gesê.

“If the Covid situation deteriorates further, the Japanese may simply decide that the political, human, reputational and economic risks of hosting the Games outweigh the financial costs of cancellation and the threat of legal claims from the IOC.”

When the trickle of athletes arriving in Tokyo turns into a deluge next month, meer as 11,000 competitors will find themselves in a “Covid-secure” bubble from which there will be no escape until their Olympic adventure ends, prematurely or with a medal.

Some will probably have to sit out the opening and closing ceremonies, while interaction with their peers in the Olympic village will be kept to a minimum, despite the provision of 160,000 condoms that embarrassed organisers have belatedly claimed are intended to be taken home – unused – as safe sex souvenirs.

The experience promises to be equally challenging for the public. If Japanese sports fans watching at home turn up the volume on their TVs, they might just be able to make out the exertions of runners entering the home straight or the buzz of bicycle wheels on Izu velodrome’s wooden track.

Japan now has little time to make a decision on domestic spectators, with reports suggesting that those who have been fully vaccinated or can produce proof of a negative Covid-19 test will be allowed to attend events. But even they may be reduced to “cheering” their Olympic heroes in near-silence as an extra precaution against the spread of the virus.

While Olympic officials insist that only “armageddon” will prevent Tokyo 2020 from going ahead, the pandemic has exposed the IOC’s ruthless instinct, said Jules Boykoff, a professor of political science at Pacific University and the author of NOlympians and Power Games: A Political History of the Olympics.

“The IOC has long been a profit-gobbling cartel, and one of the most pervasive yet least accountable sport infrastructures in the world," hy het gesê. “It is notorious for looking out for its own interests ahead of those of the host city, and the Tokyo Games are confirming this in grim, yet vivid terms.

“I can’t think of another moment when it was so glaringly obvious to the general public that big money is fuelling the five-ring juggernaut.” 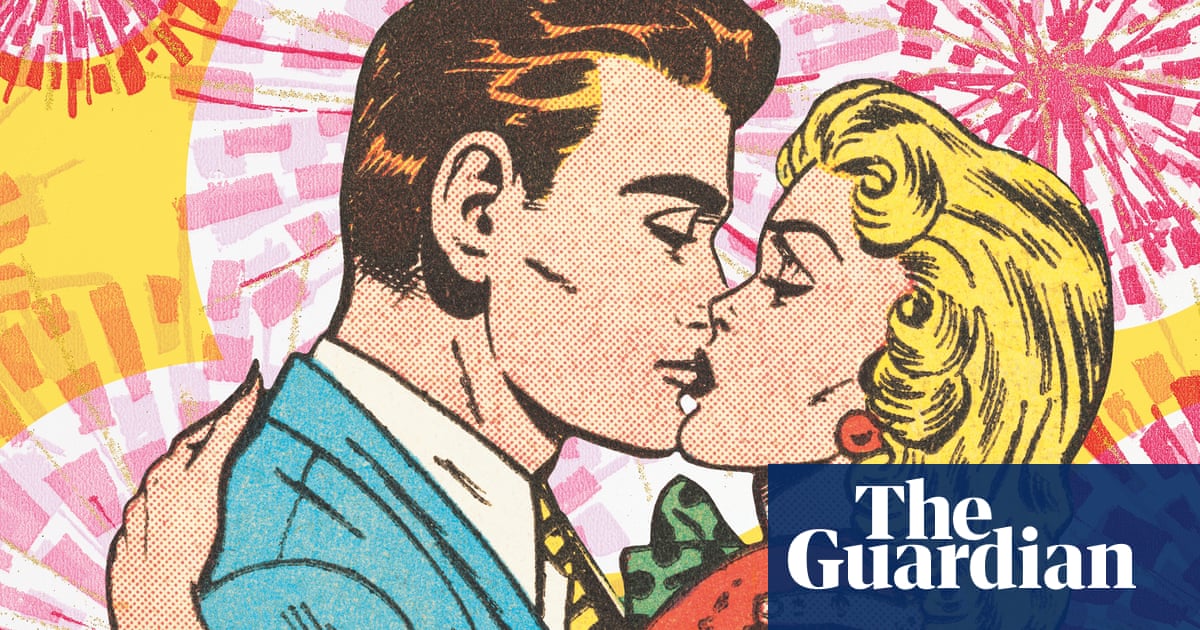