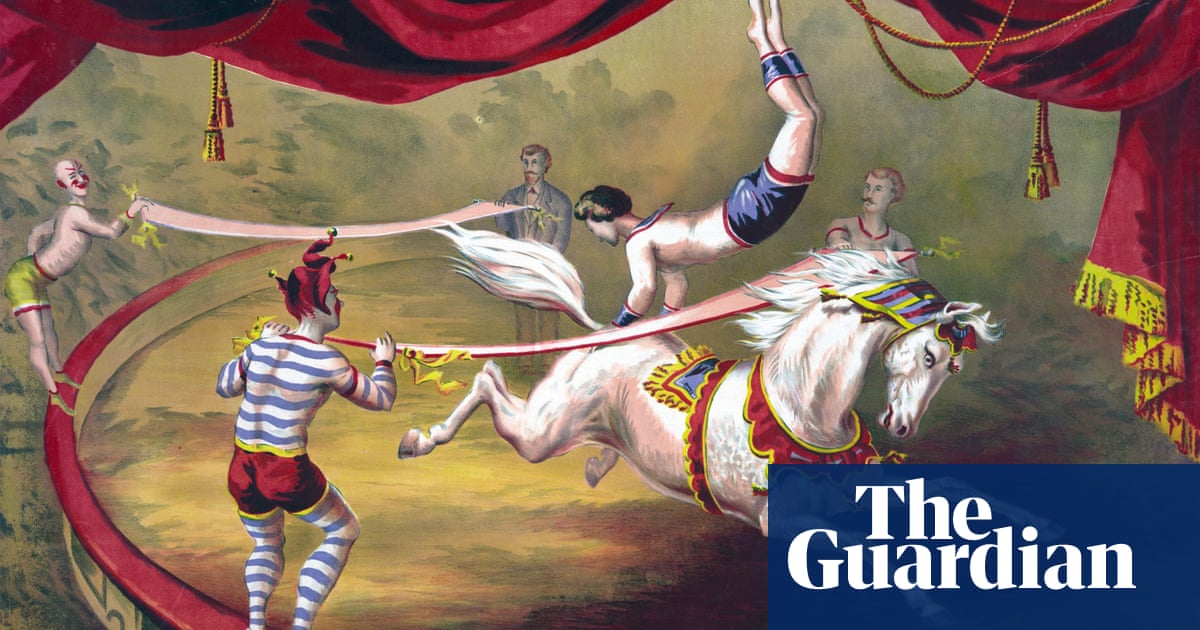 Elizabeth Macneal’s bestselling 2019 debut of art and obsession, The Doll Factory, was set against the backdrop of the 1851 Great Exhibition; lurking behind it was John Fowles’s terrifying The Collector, also a spider-and-fly battle of the sexes. Several texts underlie her follow-up, again an atmospheric Victorian tale: Frankenstein is a favourite of manipulative circus owner Jasper, while Nell, the protagonist, sees uncanny echoes of her own fate in Hans Christian Andersen’s tale “The Little Mermaid”.

Mottled head to toe by birthmarks, Nell is plucked from her lowly trade of making candied violets to appear in Jasper Jupiter’s Circus of Wonders. To grip the imagination of a freak-sated public, Jasper prides himself on creating irresistible backstories for his collection of “monsters”. “Leopard girls” are old hat, so Jasper retrains her as a star-dappled aerialist, Nellie Moon, swinging above the crowd on ropes hauled by Jasper’s downtrodden brother, Toby. Jasper sees himself as Daedalus, the master inventor, as well as Victor Frankenstein, but doesn’t perhaps pay enough attention to the fate of Icarus.

In the twists and turns of the narrative, Macneal explores what it means to exert power over another individual. Toby, who took up the nascent profession of war photography in the Crimea, is equally oppressed by his love for Nell and visceral attachment to his more confident sibling. The performers – Stella the bearded woman, Brunette the sickly giantess, Peggy the dwarf and the rest – are exploited by their egotistical ringmaster, but he has also given them opportunities to shine in a world that shuns them as objects of fear and revulsion.

The circus setting is admittedly a little more hackneyed than the taxidermy and pre-Raphaelite painting in her debut, but underneath the spangles and showmanship, there’s always a lingering stink of horse shit and anxiety. For a novel about a vanished, seemingly alien world, it is also pleasingly contemporary. In the Crimea Toby was chiefly engaged in the dissemination of fake news or spin, presenting a sanitised version of the battlefield. Jasper’s ever more expansive dreams point to mechanisation and the eventual replacement of disobedient human employees altogether. That Jasper is not a villain, Nell no heroine, and Toby entirely unsuited to the role of Romeo, is a mark of Macneal’s subtlety and originality.

Circus of Wonders by Elizabeth Macneal is published by Picador (£14.99). To order a copy go to guardianbookshop.com. Delivery charges may apply.

Let’s be clear: this second world war action movie is cliched, wooden and excessively long. 尽管如此, you’ve got to give its director, producer, co-writer and supporting player Michael B Chait and his team a littl...

Rare is the reconstruction in a documentary that adds anything to the story. 稀有的, 实际上, that it doesn’t actively hold up proceedings and require actors to perform (usually in caveman skins or low-budget Tudorbetha...