Christian Porter’s barrister should not have been barred from case because friend of accuser ‘wishes him ill’, court told 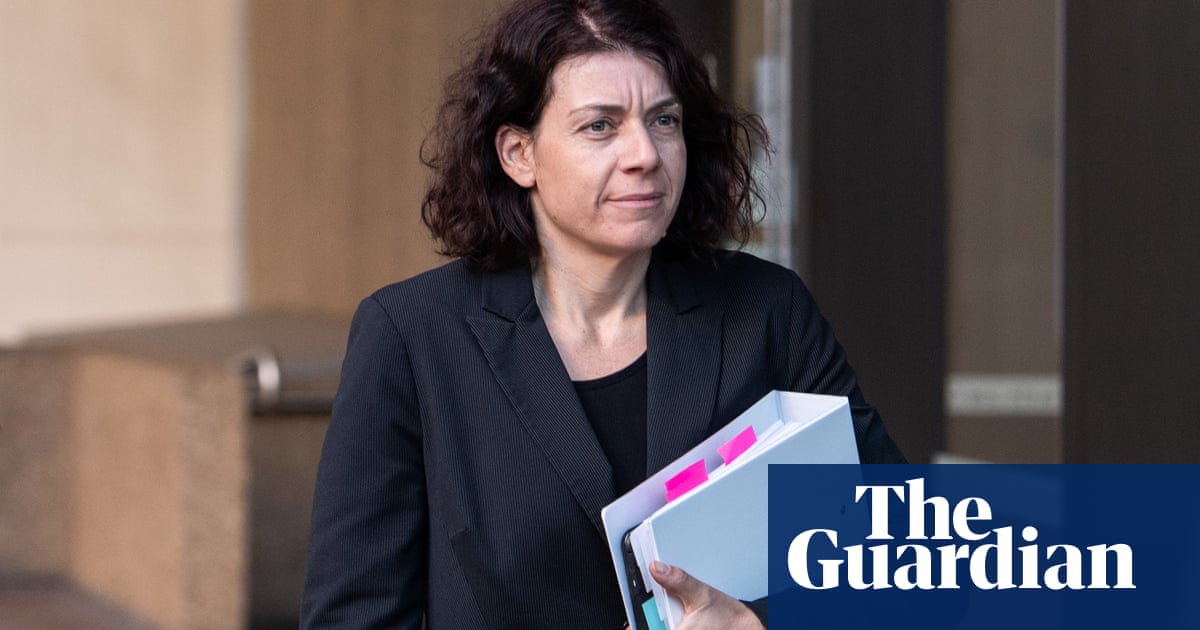 Christian Porter’s high-profile barrister should not have been barred from acting for the former attorney general in his defamation case against the ABC because a close friend of his accuser “wishes him ill”, the federal court has heard.

Almost 12 months after Sue Chrysanthou SC was blocked from acting for Porter in his now abandoned defamation case against the national broadcaster, the full bench of the federal court heard an appeal over the decision on Wednesday.

Brought by Jo Dyer, a friend of the woman who accused Porter of raping her 30 years ago, allegations Porter strongly denies, the case to bar Chrysanthou hinged on a meeting between the two women in November 2020.

Dyer’s barrister, Michael Hodge QC, dismissed the argument that she “wishes him ill”, saying the case rested on the confidentiality of the information given to Chrysanthou during the meeting.

Dyer alleged that during the meeting – which related to a separate matter – the lawyer was given “confidential information” about the defamation case against the ABC.

In May last year Justice Thomas Thawley sided with Dyer and ordered Chrysanthou to relinquish the brief because she held confidential information which was relevant to the case and could present a “danger of misuse”. Days later Porter discontinued the case.

Dyer, who is running as an independent candidate in the federal election, was later awarded more than $400,000 in costs over the week-long hearing.

But Porter is now appealing the decision, arguing that the judge erred in finding that the information given to Chrysanthou was substantially confidential.

Porter’s barrister, Bret Walker SC, argued on Wednesday that it would not have been possible under the cab rank rule for Chrysanthou to turn down the brief on the basis that it would have been “awkward”.

“One looks in vain in the rules for any out for counsel that it would be embarrassing to have to take a brief,” he said.

“And one certainly looks in vain for any out for counsel that it would be awkward in terms of close professional relations with people you’ve worked with in the past and who you’ll be working against in the current brief. Counsel has to bite the hand that feeds them.”

Rather than the receipt of confidential information, Walker argued the case had been brought by Dyer because she “wishes him ill”.

“Mr Porter is obviously somebody to whom [Ms Dyer] has exhibited a high level of disapproval, wishes him ill to put it bluntly,” he said.

But Hodge dismissed that argument, saying in his reply that the case rested on the confidentiality of the information given to Chrysanthou during the meeting.

“It’s not about the idea that there’s a duty of loyalty owed … It’s about the proposition that a lawyer owes a duty of confidentiality to the client,” Hodge told the court.

Despite protests from Walker, large parts of Wednesday’s appeal were heard in secret because of a series of non-publication orders relating to the information said to have been imparted at the meeting.

“I resist the notion these proceedings should be in closed court,” he said. “This is not national security.”

The judges have reserved their decision.

More than 80 men suspected of the gang rapes of eight women and the armed robbery of a video production crew in the South African town of Krugersdorp, west of Johannesburg, have appeared in court. The men were arreste...