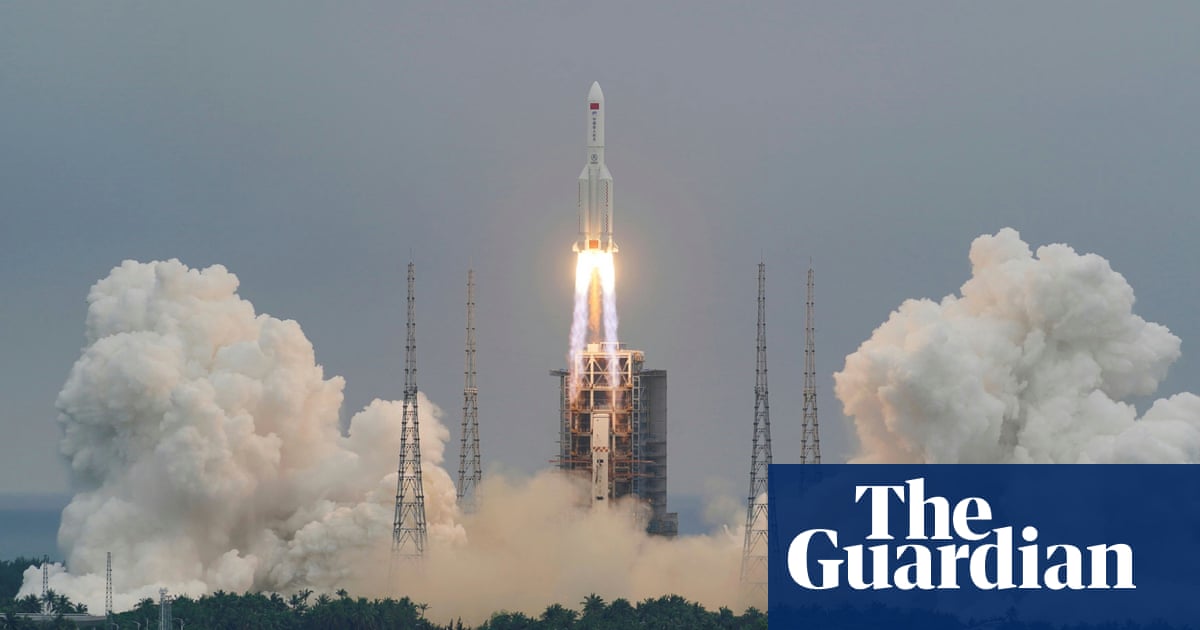 The remnants of China’s largest rocket have plummeted back to Earth, plunging into the Indian Ocean near the Maldives, according to Chinese state media.

Most of the debris burned up in the atmosphere, it reported, citing the Chinese Manned Space Engineering office.

Parts of the 30-metre core of the Long March 5B rocket re-entered the atmosphere at 10.24am Beijing time (2.24am GMT) and landed at a location with the coordinates of longitude 72.47 degrees east and latitude 2.65 degrees north, state media cited the office as saying.

Space watchers around the world have been anticipating the arrival of the Long March 5B space rocket since it started to lose altitude last week amid concerns it was out of control. It is one of the largest pieces of space debris to return to Earth and prompted the White House to call for “responsible space behaviours”.

China’s foreign ministry had said on Friday that most debris from the 30-metre long rocket would burn on re-entry and that it was highly unlikely to cause any harm, after the US military said that what it called an uncontrolled re-entry was being tracked by US Space Command.

EU Space Surveillance and Tracking (EU SST) said on its website that the statistical probability of a ground impact in a populated area was “low”, but noted that the uncontrolled nature of the object made any predictions uncertain.

The Long March 5B – comprising one core stage and four boosters – lifted off from China’s Hainan island on 29 April with the unmanned Tianhe module, which contains what will become living quarters on a permanent Chinese space station. The rocket is set to be followed by 10 more missions to complete the station.

The empty core stage has been losing altitude since last week, and experts estimated its dry mass to be around 18 to 22 tonnes.

Long March 5 rockets have been integral to China’s near-term space ambitions – from the delivery of modules and crew of its planned space station to launches of exploratory probes to the moon and even Mars.

The Long March launched last week was the second deployment of the 5B variant since its maiden flight in May last year.

In May 2020, pieces from the first Long March 5B fell on Ivory Coast, damaging several buildings. No injuries were reported.

Debris from Chinese rocket launches is not uncommon within China. In late April, authorities in the city of Shiyan, Hubei Province, issued a notice to people in the surrounding county to prepare for evacuation as parts were expected to land in the area.

“The Long March 5B reentry is unusual because during launch, the first stage of the rocket reached orbital velocity instead of falling down range as is common practice,” the Aerospace Corporation said in a blog post.

The core stage of the first Long March 5B that returned to Earth last year weighed nearly 20 tonnes, surpassed by debris from the Columbia space shuttle in 2003, the Soviet Union’s Salyut 7 space station in 1991, and Nasa’s Skylab in 1979.