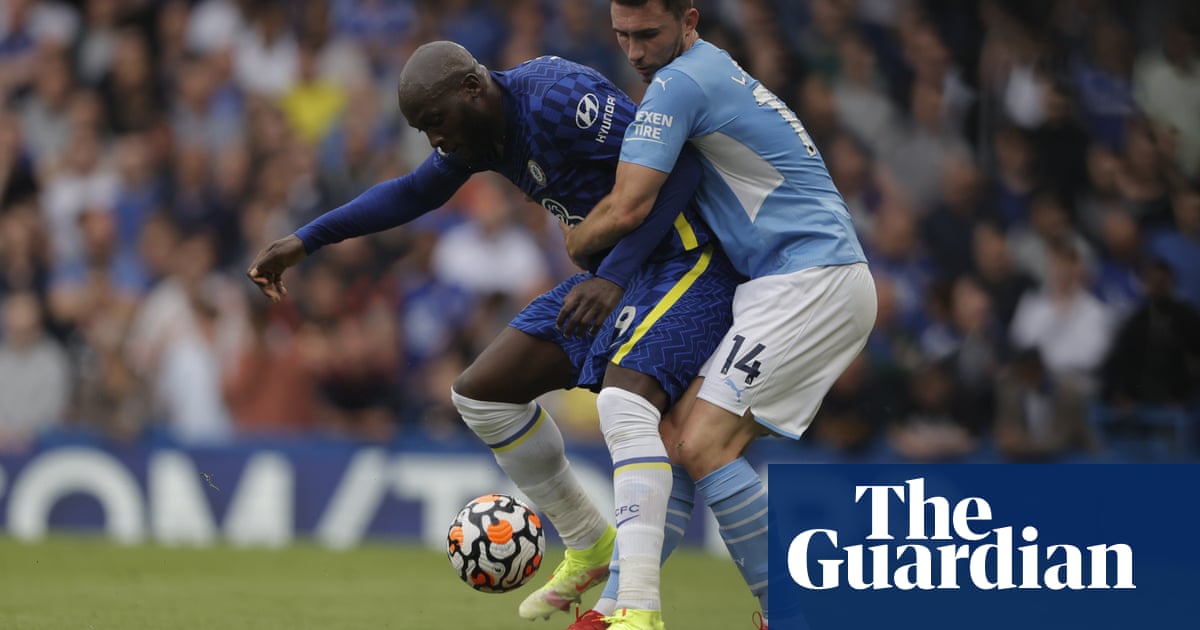 It’s dangerous always to elevate players in absentia, to assume that if only they had been there they would have produced a flawless game and performed absolutely to their maximum, but perhaps the biggest lesson from the clash at Stamford Bridge on Saturday was just what a good player Mason Mount is.

Chelsea so far this season had been the most impressive of the title contenders because they had seemed to have such balance between attack and defence – a quality that has become increasingly rare as the financial imbalances of the modern game have led superclubs to focus on the sort of glamorous signings more useful for breaking down stubborn but lesser opponents than controlling big games. But the longer the game on Saturday went on, the more it became apparent that Chelsea were not holding Manchester City and waiting to spring out on the counter; they were simply penned in, unable to free themselves from the excellence of City’s press.

If the shorthand explanation for Chelsea’s victory in the Champions League final is that City played with no deep-lying midfielders, the equivalent here perhaps is that Chelsea played with three. With Jorginho, N’Golo Kanté and Mateo Kovacic strung in front of the three central defenders, the front two of Romelu Lukaku and Timo Werner became isolated, particularly as Chelsea’s wing-backs were driven back – a problem that worsened after Reece James was forced off although it may simply be City grew in confidence in their method as the first half wore on.

Deprived of the ball for long periods Lukaku, who has been majestic since his summer return to Chelsea, looked more like the Manchester United Lukaku, his touch heavy as he snatched at rare opportunities to break. Werner remained Werner, somebody willing to chase down every cul-de-sac just to make absolutely sure it is a cul-de-sac, but lacking the precision to hurt City.

Perhaps if Mount had been there, or even if Kai Havertz had started, the link between back and front would have allowed Chelsea to escape their own half. Mount, as any coach who has worked with him will say, is a player of profound tactical intelligence. Perhaps then there would have been less tendency to play down the middle, to force City’s full-backs to do more defending and so to loosen their stranglehold over Chelsea’s wing-backs. Perhaps. It’s equally possible that would simply have weakened Chelsea defensively and City would have broken through earlier, that there wouldn’t have been that moment midway through the first half when a series of crosses mystifyingly aimed at Phil Foden provoked the thought that Thomas Tuchel was once again getting the better of a tactical duel with Pep Guardiola.

Rodri and João Cancelo both excelled as did Bernardo Silva, his weird period of ostracism now seemingly over. Aymeric Laporte, similarly, played an important role after a summer in which he was linked regularly with a move away from the club, while John Stones and Raheem Sterling remain sidelined. The temptation is always to regard such things as being like the Politburo or a Tudor court with counsellors drifting in and out of favour but it may simply be that City have a very big and very talented squad and that some are always going to have to be left out.

But most of all this was a tactical triumph for Guardiola, a reassertion of authority after three successive defeats against the younger man. City’s press was superb, driving Chelsea back, forcing them to recycle across the back line, denying them the opportunity for even speculative balls over the top for Lukaku and Werner to chase.

Whatever claims could have been made at various points over the past couple of decades for the quality of the Premier League, this is probably the first time in 40 years in which it is playing host to the very highest and most advanced tactical battles. Guardiola, in his time at Barcelona, defined the modern landscape of football, reimagined what was possible in terms of possession and positioning.

Then came Jürgen Klopp – who, even with Liverpool’s comparatively slight resources, may still have a vital part in the title race – who challenged the Guardiola model with a style based more on regaining than retaining the ball. And now, as Guardiola began to respond to that challenge, here is Tuchel whose vision of the game is less about guiding chaos than about control, a reversion to something closer to the Apollonian spirit of Guardiola’s Barça but with a less idealistic streak, a greater willingness to play without the ball.

There was much grumbling towards the end of the first half about a supposed lack of action, as though football is supposed to be nothing more than stars turning tricks to be judged only on goalmouth action. But this was something altogether more satisfying, a high-level game between two high-level sides led by high-level coaches.

And this perhaps is the defining paradox of modern football. Increasingly, it feels like a game of celebrities, with clubs hailed for signing famous people, as though the real battle is for social media engagements. And yet at the same time, it has never been more complex or dependent on the subtle interactions of the team unit. Beyond the hype, modern football is a game of coaches and the Premier League is fortunate to host three of the very best.

This is an ongoing saga, one that will develop over the coming months and years, but on Saturday the balance tipped back towards the old master.