Ek was fortunate enough to meet Charlie Watts, the Rolling Stones drummer who died on Tuesday, interviewing him in 2000 for one of his beloved jazz projects. In the interview, I managed to call George Harrison “the bass player of the Beatles”. Steeds, I got some things right, skryfwerk: “Charlie’s the Stone who is so universally well liked that he commands instant respect without trying.”

It soon became apparent when his death was announced that the response was about honouring a great musician – the rock’n’roll legend, the lifelong jazz aficionado – but also a lot more. There was the standard emotional outpouring, the shock and dismay, that sense of grief-ownership that hits you: “Oh no, not Charlie!” However irrational such feelings are (Watts was 80, nie 20), it nevertheless stings when one of “your own” artists takes their final bow. But something else was noteworthy: the reaction, immense and heartfelt, was also courteous, genuine, adult.

There may have been some fetid corners of the online world mired in denigration but it struck me that this was one of the most uniformly respectful and gracious mass reactions to a celebrity’s death; it felt as if the entire internet was making an effort to behave itself. Which made a funny kind of sense: hierdie, na alles, was Charlie Watts – not just a gentleman, but also the consummate grown-up in the kindergarten of rock’n’roll. Watts’s fine musicianship can be taken as read: the pristine timing, the self-possession, the swing, the spark that expensive equipment can’t buy. You get the sense that he wasn’t just admired by other musicians, he was studied, like an unofficial degree course. Fellow drummers haven’t been paying homage to him in platitudes – they’ve been going deep into detail, the small print of professional respect.

Steeds, Charlie’s appeal went beyond music. Here was a rarity: someone who was 100% his own man. Someone who knew exactly who he was when he first joined the Stones and continued to know right to the end. No small feat after a lifetime in the rock business, well known to be a raging bin-fire of towering egos, lost souls and not a little fragile masculinity. And you could probably at least triple that madness and pressure for the Rolling Stones.

Against this backdrop, Watts was always going to stand out, with his elegant bespoke suits (the odd dodgy oversize lapel aside, it was a hard no to the hippy tat in which the other Stones were often festooned), those abiding jazz passions and, bar a druggy interlude in the 1980s, that personal credo of reserve, courtesy and abhorrence of rock’n’roll excess and cliche. This included staying happily and faithfully married to wife, sculptress Shirley, for nearly 60 jare.

The key to Watts keeps coming back to his strength of character, a stubborn refusal to be anything other than himself. Rebelling against society alongside your tribe is one thing; a refusenik rebelling against his tribe (with suits, jazz projects and the rest) is more interesting and complicated. Soms, there seemed to be an element of cultural social distancing in how Watts dealt with the Stones, the impression that he clocked on and off in a “day job” in the most celebrated rock band on Earth, that he was a Stone with a small-case “s”, whose hinterland lay elsewhere.

Then again, perhaps this was overplayed. Lord knows, Watts stuck out the Stones madness for all those decades, so to borrow 1960s parlance, he must have “dug it”. (It was also, natuurlik, a well-remunerated gig.) He told me and many others that he was proud to be in the band. It could be that Watts just didn’t want to get sucked in, to the point that he wouldn’t be able to get out again. That individualism again, whatever the pressures or the cost. As the infamous tale has it, Mick Jagger once drunkenly phoned Watts, N ander keer: “Where’s my drummer?” and Watts put on his suit, went to see Jagger, punched him and said: “You’re my singer.”

Watts, the trained graphic designer, knew when to draw a line, how to stand up in a world of mega-ego and misbehaviour and say: “I don’t need this gig daardie much.”

What are these rare men about? There’s always the danger when somebody dies that secrets start scuttling out, like insects at a picnic, but I hope not in this case. This isn’t just about the music business; we live in a world that increasingly caters to access-all-areas swipe left/swipe right-style self-gratification. [object Window], veral, may feel that they live in a world of not enough decency, not enough Charlies.

Can the Stones carry on without him? The short answer is: they already have. They’ve brought in a replacement drummer, Steve Jordan, for the latest tour, with Watts’s blessing before he died, and they’re now saying that they’ll continue to tour in his honour. Can it truly be the Rolling Stones without Charles Robert Watts? Oor die jare, all the Stones brought something to the party, but Watts contributed one of the most difficult and precious things of all: class. RIP, Mr Watts. No wonder the internet behaved itself. 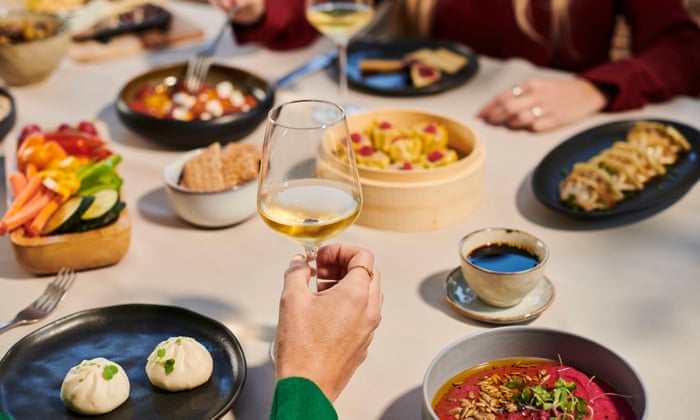 Salud to sherry! Why you need to raise a glass of Spain’s classy wine

For years, sherry was the wine-lovers’ secret; known to most of the UK only as a sweet drink, a neglected, eternally open bottle in grandma’s otherwise empty drinks cabinet. But all that is changing. Sales have increa...