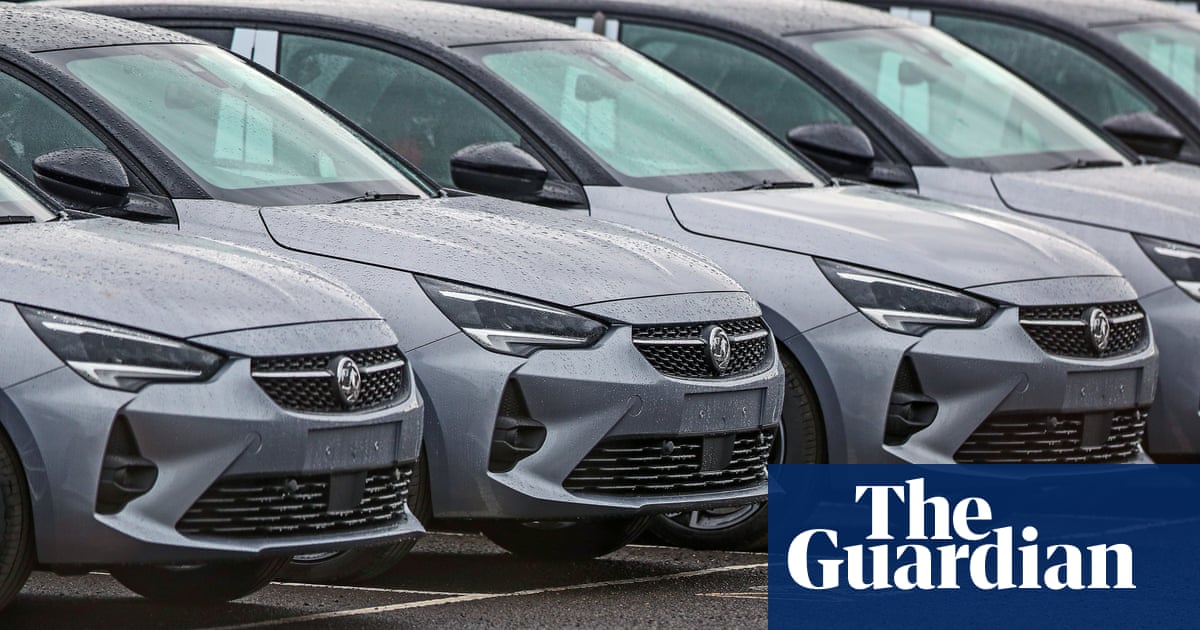 The car industry endured its worst February for sales since 1959 as dealerships across the UK remained closed through national lockdowns.

British consumers bought only 51,300 cars in the month, a 35.5% year-on-year decline, according to the Society of Motor Manufacturers and Traders (SMMT), a lobby group.

The poor sales added to a frustrating week for the industry. Other than a continued freeze on fuel duty, the automotive industry was completely ignored by chancellor Rishi Sunak in Wednesday’s budget, while the chief executive of Stellantis raised further questions over the future of its Vauxhall factory at Ellesmere Port, Cheshire.

The only bright spot amid the winter gloom was the rising share of electrified vehicles bought in February, with battery electric and plug-in hybrids (which usually combine a petrol engine with a battery) accounting for 13% of total sales.

The short-term prospects for the UK car industry remain gloomy, with dealerships set to be closed throughout March, usually the sector’s most important month. March sales alone usually account for a fifth of annual sales when number plates are updated.

Mike Hawes, the SMMT’s chief executive, said that the decline was “deeply disappointing but expected” given that dealerships were closed for the entire month.

However, he was also concerned about the prospect of a “third successive dismal ‘new plate month’” after lockdowns and restrictions in March and September 2020.

“Although we have a pathway out of restrictions with rapid vaccine rollout, and proven experience in operating click-and-collect, it is essential that showrooms reopen as soon as possible so the industry can start to build back better, and recover the £23bn loss from the past year,” Hawes said.

A sales recovery may come too late for workers in Ellesmere Port. Carlos Tavares, who took over Stellantis after it was created from the merger between Peugeot and Fiat Chrysler, on Wednesday repeated warnings that it needed a financial commitment from the UK government or else it would close the plant.

Tavares revealed that the company had already completed plans for new models to replace the Vauxhall Astra at the plant in a “multi-energy project”, very likely a reference to the production of both hybrid and electric cars. However, the government’s 2030 ban on pure petrol and diesel engine sales had forced it to rapidly rethink.

Stellantis has already invested in electric vehicle production elsewhere, so it did not make sense to spend on “double sourcing” unless it was “supported in the investment by the UK government”, Tavares said.

Discussions with the government over what aid it is willing to give have dragged on. Insiders initially believed that a decision was due to be made last week.

Tavares also highlighted that the Brexit deal, only confirmed on Christmas Eve, had counterintuitively counted against the prospects for the Vauxhall plant’s survival.

Industry insiders were almost unanimous in their belief that multiple UK car factories would have been forced to close if no deal had been agreed and tariffs had been imposed. However, with tariff-free trade Stellantis can easily continue to serve the British market from factories in the EU, Tavares said.