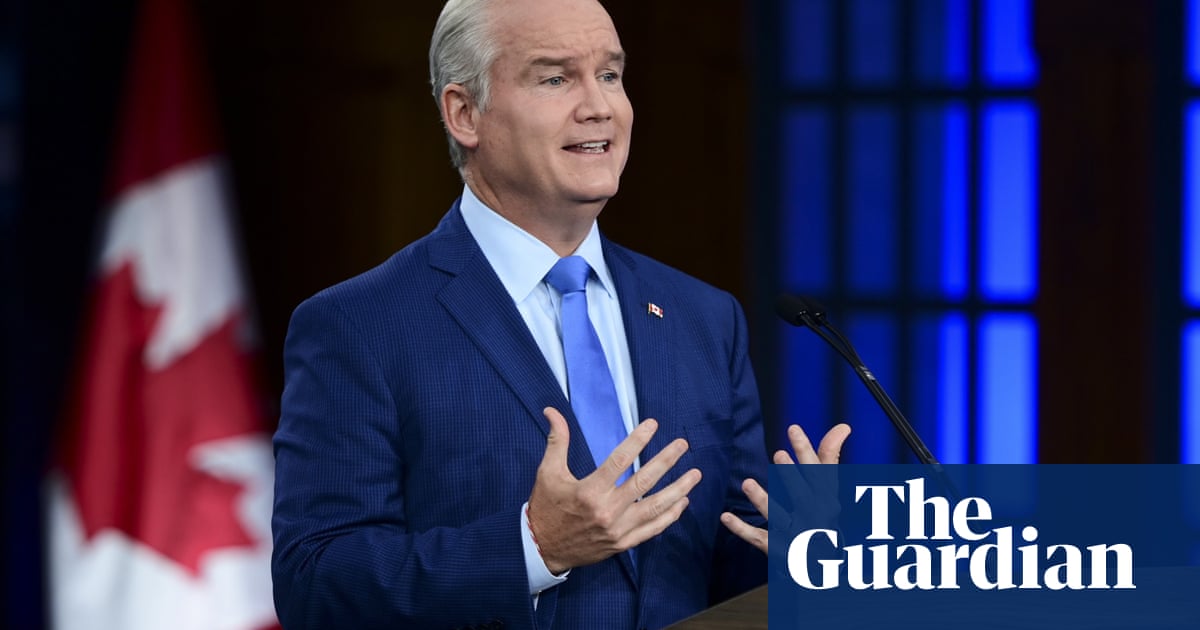 The leader of Canada’s Conservative opposition party has warned that it may soon be too dangerous for Canadians to travel to China for the 2022 Juegos Olímpicos de Invierno en Beijing.

Speaking at a news conference on Ontario on Tuesday, leader Erin O’Toole said: “We are approaching a point where it won’t be safe for Canadians, including Olympic athletes, to travel to porcelana."

O’Toole made his comments shortly before Canadian entrepreneur Michael Spavor was sentenced by China to 11 years in prison for spying. Spavor was arrested in 2018, days after the arrest in Canada of a senior Huawei executive Meng Wanzhou, drawing accusations Beijing was engaging in “hostage diplomacy”.

Diplomats from dozens of countries gathered at Canada’s embassy in Beijing on Wednesday to hear the Spavor verdict. The fate of a fellow Canadian, former diplomat Michael Kovrig, remains unclear.

Meng was arrested in connection with possible violations of trade sanctions on Iran.

O’Toole was speaking after a court rejected the appeal of a third Canadian, Robert Schellenberg, whose prison term in a drug case was abruptly increased to death following Meng’s arrest.

Asked about the winter Games, O’Toole said: “Yes Canada should be considering a boycott.

“And I’ve said we’re going to be watching the decision very closely. Beijing has to know that the world is watching the genocide taking place against the Uyghurs. They’ve watched what’s been happening in Hong Kong and the situation with Mr Schellenberg, Mr Spavor and Mr Kovrig.”

He said Canada would have to think “long and hard on whether we reward a country like that with the Games”.

He called the denial of Schellenberg’s appeals “a foreign government planning to take the life of a Canadian for political reasons”. China’s decision was “inexcusable”, él dijo, and the outcomes of the Spavor and Kovrig cases would help Canadians answer the question of whether travelling to Beijing for the Games was safe.

O’Toole joins a chorus of voices, including more than 180 human rights groups, calling for a boycott of the games over China’s mass abuses of human rights.

In an open letter published earlier this year, the coalition of human rights groups – primarily regional associations in support of Tibet, Taiwán, the Uighur community and Hong Kong – called on governments to boycott the event to ensure it wasn’t used to “embolden” the Chinese government as they said the 2008 Summer Olympics had done.

In response to the letter, China’s foreign ministry spokesperson, Wang Wenbin, said at the time that boycotts would “not be supported by the international community and will never succeed”.

Human Rights Watch has accused the International Olympic Committee (COI) of failing its due diligence in not conducting a human rights risk assessment.

“Its failure to publicly confront Beijing’s serious human rights violations makes a mockery of its own commitments and claims that the Olympics are a ‘force for good’.”

But the US Olympic and Paralympic Committee has said it believes it is more effective for governments to engage China directly on human rights concerns, and boycotts “have been shown to negatively impact athletes while not effectively addressing global issues”.