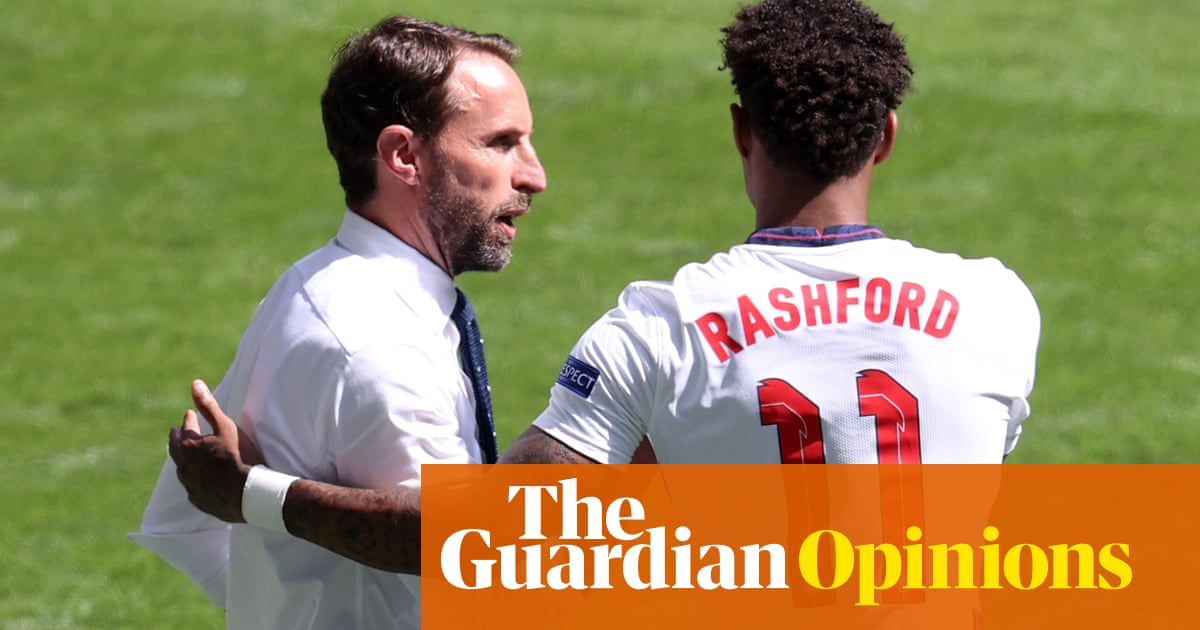 sìou may have heard talk of Gary Neville as a future mayor of Manchester. But what about Marcus Rashford and Gareth Southgate as saviours of the union, the two of them combining to win a trophy larger than any sporting bauble: namely, the preservation of the United Kingdom itself?

The notion comes from none other than Gordon Brown, who this week unveiled new research to confound the view that the nations of the UK are steadily pulling apart. Brown released polling data showing that, on what the former prime minister calls the “Southgate values” of diversity, tolerance and equality, the people of England not only agree with the coach of the national team, they are in statistical harmony with voters in Wales and Scotland too.

For Brown, this represents a challenge to Scottish nationalism especially – which, in his view, likes to suggest there’s an irreconcilable mismatch between the innately conservative nation south of the border and the more progressive land to the north. Far easier for the SNP to advocate a break from the “toffs and Brexit” England of Boris Johnson and Nigel Farage than the modern, inclusive England embodied by Southgate and the anti-poverty campaigner Rashford.

What’s more, the data shows a surprising level of agreement across the UK on health, education and the climate crisis. E, far from wanting to act alone, the different national electorates want their leaders to work together. What it adds up to, says Brown, is “a new Britain, waiting to be born”.

Those who hope to see the union endure might draw comfort from that. The sentiment might be stronger still among those who grow queasy at English nationalism, and who have long been fearful of the prospect of an Inghilterra unbound, free of what they imagine to be the restraining, taming influence of the union. If Englishness itself is changing – less Farage, more Rashford – that might soothe the nerves.

Ancora, the outlook might not be quite as rosy as Brown suggests. Per una cosa, those “Southgate values” have a whiff of apple pie: not many would admit to being against them. Forget Scozia and England: as one longtime nationalist put it to me: “You’d get identical numbers from Belgium and Borneo.”

What matters are the hard political choices to which those values lead. And there the differences are all too apparent. Just look at the map. Most of Scotland is yellow; most of England is blue. Even areas with near-identical social and economic profiles have taken radically different paths. Nel Two Kingdoms, a new radio series on the union, the BBC’s Allan Little visits Motherwell, which has endured the same hollowing-out through deindustrialisation as any part of the so-called “red wall” of northern England. It lost the steel plant that defined it. Ancora, while its English equivalents voted to leave the EU, Motherwell voted by 62% per 38% to remain.

When I put Brown’s numbers to Prof Ailsa Henderson of Edinburgh University, who runs the Scottish Election Study, she told me the “baseline values” of the constituent nations of Britain “are and always were the same. It’s the very different conclusions voters draw off the back of those values that are pulling things apart.”

Put another way, Scottish and English voters may well share affection for the England manager. But that hardly matters because, at the risk of stating the obvious, the UK is not governed by Gareth Southgate. It’s Boris Johnson who’s in Downing Street.

The impact of that is very concrete. Witness the scenes in Glasgow in May – a few weeks before Southgate’s men took to the pitch for the Euros, as it happens – when immigration officials, answerable to Priti Patel and implementing the UK government’s hostile environment policy, came to detain two men. The move was opposed by demonstrators on the streets and by the Scottish government. While UK ministers promise to bring down immigration numbers, Scottish ministers – mindful of a shrinking population – actively want new arrivals. (Though that hardly makes Scotland immune to bigotry: May also saw Rangers fans go on a rampage through Glasgow, fuelled by sectarian hate.)

The same goes for a nuclear submarine fleet based in Scotland or free university tuition or, most important of all, membership of the EU. Shared values are all very well, but they don’t alter the desire to have what one nationalist calls “the tools with which to govern ourselves” – and to make different decisions.

In fairness to Brown, he is fully aware of that need and called again this week for a looser union that would allow Britain’s nations to follow their own path. But that too is tricky. Henderson’s data shows that the more accommodating the arrangements for Scotland, the more English resentment, and nationalism, rises.

Comunque, for all the misgivings, Brown’s latest intervention contains a crucial insight. There’s a tendency, in England especially, to imagine that it is Scottish attitudes and actions alone that shape the debate on independence. England often casts itself as a mere onlooker. But Brown has highlighted that much of this question will be decided by England: what it does and what face it chooses to show to itself and the rest of the UK.

For now, the long-term trajectory looks clear. Among Scottish voters aged 35 per 44, di 64% support independence. That figure rises to 70% among those 34 or under. Perhaps that trend could be turned around: polls show there is a big bloc of voters, what Brown calls “Middle Scotland”, who cherish both their Scottish and British identities, and whose minds are not made up on independence. What would help would be the arrival in Westminster of a government committed to maximum devolution and genuine cooperation between the nations of these islands. Ma, as of this moment, such a government looks as likely as Marcus Rashford sitting around the cabinet table. Maybe one day, but not anytime soon. 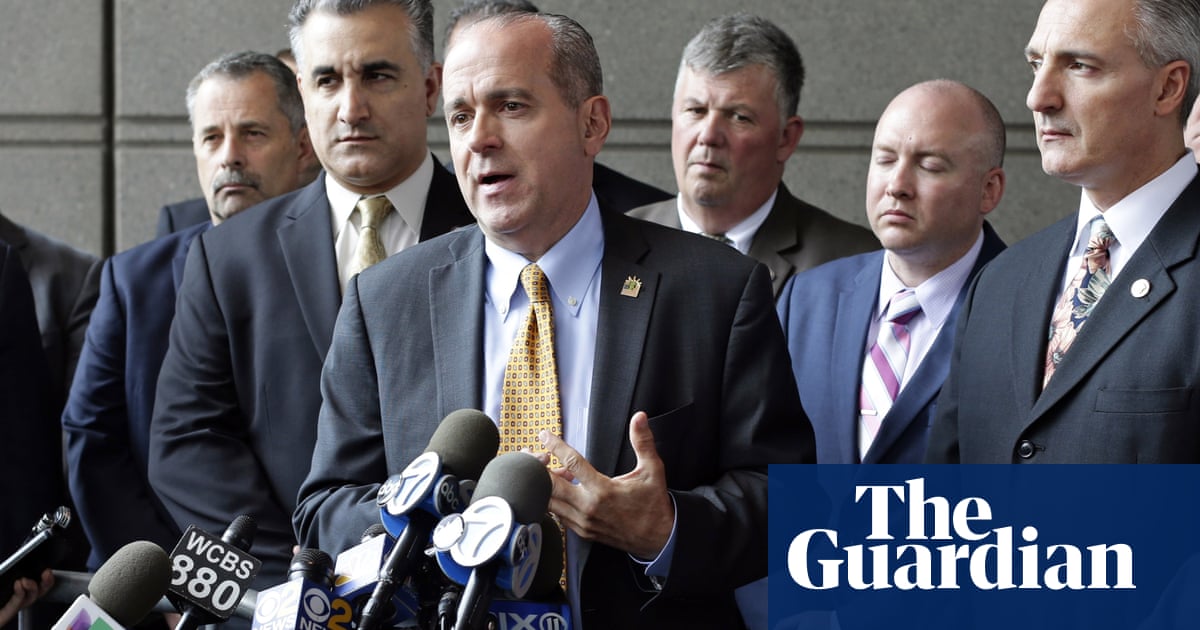 Federal agents on Tuesday raided the offices of a New York City police union, the Sergeants Benevolent Association, and the Long Island home of its leader, who has clashed repeatedly with officials over incendiary twe... 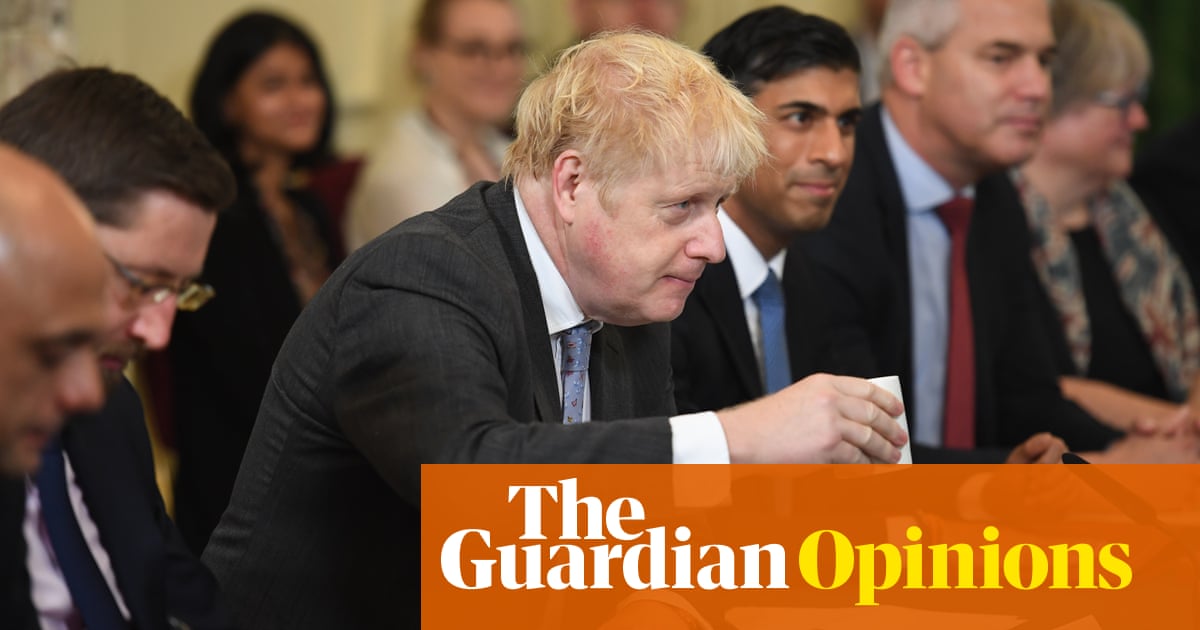 In plain sight, Boris Johnson is rigging the system to stay in power

If this wasn’t us, how would we describe it? If this was Viktor Orbán’s Hungary, or Poland, what language might we use? Would an announcer on the BBC World Service declare: “Amid fuel and food shortages, the governmen... 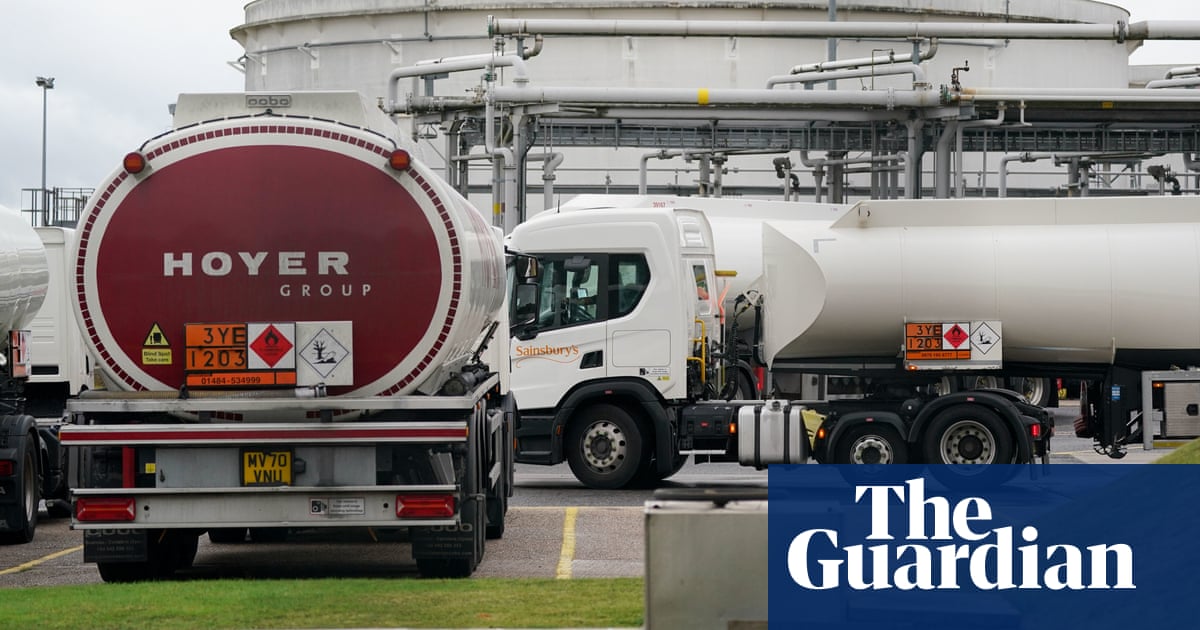