A step forward for gender equity? Not quite. Yes, women now have two bobsleigh events – the monobob and two-woman bob – matching the men, who have the two-man and four-man disciplines. But when it comes to the number of athletes at the Games, a women’s race for one-person sleds doesn’t balance out a men’s four-man race. The total number of places available in the bobsleigh events in Beijing is 124 for men and 46 for women. Indeed, the competition for places in the women’s events is so intense that Lolo Jones, the former world champion hurdler, didn’t make the US team one year after winning the world championship.

The first is to do with the equipment. Monobobs aren’t owned by national federations, which cuts out the possibility of rich countries splashing money to gain a technological edge. Instead, athletes race in standardized sleds provided by the organizers. The sled assigned to top-ranked US driver Elana Meyers Taylor is initially identical to the one assigned to every other competitor. That rule only goes so far, though, as countries can fine-tune their sleds, and some countries will always have more resources than others.

The second rule could expand the sport’s geographic footprint. Sixteen countries will compete in the monobob, while only 12 could qualify in the two-woman event, opening up space for four countries that didn’t make the two-woman. But the IOC squashed an effort to reintroduce continental quotas this year, and the non-European contingent in women’s bobsled is stagnant.

Instead, the two countries that earned spots by throwing all their eggs in the monobob basket are both European. The Netherlands’ Karlien Sleper qualified comfortably. Viktoria Cernanska, the 2020 Youth Olympic Games silver medalist in monobob, will be the first Slovakian woman in Olympic bobsleigh history.

Non-traditional bobsleigh countries certainly gave it a try. Nigeria, which had a two-woman team in 2018 but focused exclusively this time around on monobob, wasn’t able to qualify despite Simidele Adeagbo’s win in the last Europe Cup event. Marina Silva Tuono couldn’t lock down a spot to give Brazil its second-ever women’s bobsleigh entry. Keomororkot Kong and Tran Thi Doan Trang fell short in their quest to be the first Winter Olympians from Cambodia and Vietnam. Like Adeagbo, Tuono and Kong pinned all of their hopes on monobob.

To be sure, these entries typically clustered at the bottom of the standings in each race. But Adeagbo, a 2018 Olympian in skeleton, usually finished ahead of Lidiia Hunko, who earned Ukraine’s first-ever women’s bobsleigh spot. The difference came down to how events are weighted. All relevant monobob races were listed as “World Series” events, but those that coincided with World Cup weekends had far more points on offer than those that took place at Europe Cup or North American Cup stops. Hunko’s biggest point total of the season came at a 1 January event in Sigulda, where she finished last by a wide margin. Had Adeagbo competed in Sigulda, she likely would have taken Hunko’s spot in Beijing.

Another factor limiting geographic diversity: Two-woman results are heavily weighted in the monobob selection process. Britain’s Mica McNeill barely competed in monobob this year but qualified for the Olympics based on her strong performance in two-woman races, including a World Cup runner-up finish in early January. (McNeill may choose to concentrate on the two-woman event in Beijing, which would open a space for Italy.)

Still, monobob’s inclusion ensured repeat appearances for Jamaica and South Korea, each of whom barely missed out in the two-woman event.

Even with standardized equipment, the women’s podiums are likely to have considerable overlap. Germany and Canada will have three spots in two-woman and two spots in monobob, and all of their representatives will be medal contenders. For the US, Taylor and newly naturalized Kaillie Humphries are 1-2 in the monobob rankings and tied for fourth in two-woman.

With less weight and only one person doing the pushing, monobobs aren’t quite as fast as two-woman sleds and considerably slower than four-man sleds, which can weigh as much as 630kg fully loaded. On the Olympic track at Yanqing in October, a four-man sled hit 133.22 kph, the two-woman sleds topped out at 127.12 kph, and the monobobs’ max speed was 119.60 kph. That’s still faster than Clark Griswold in Christmas Vacation, but if you watch a multiple-rider event and a monobob race back to back, the speed difference is notable. 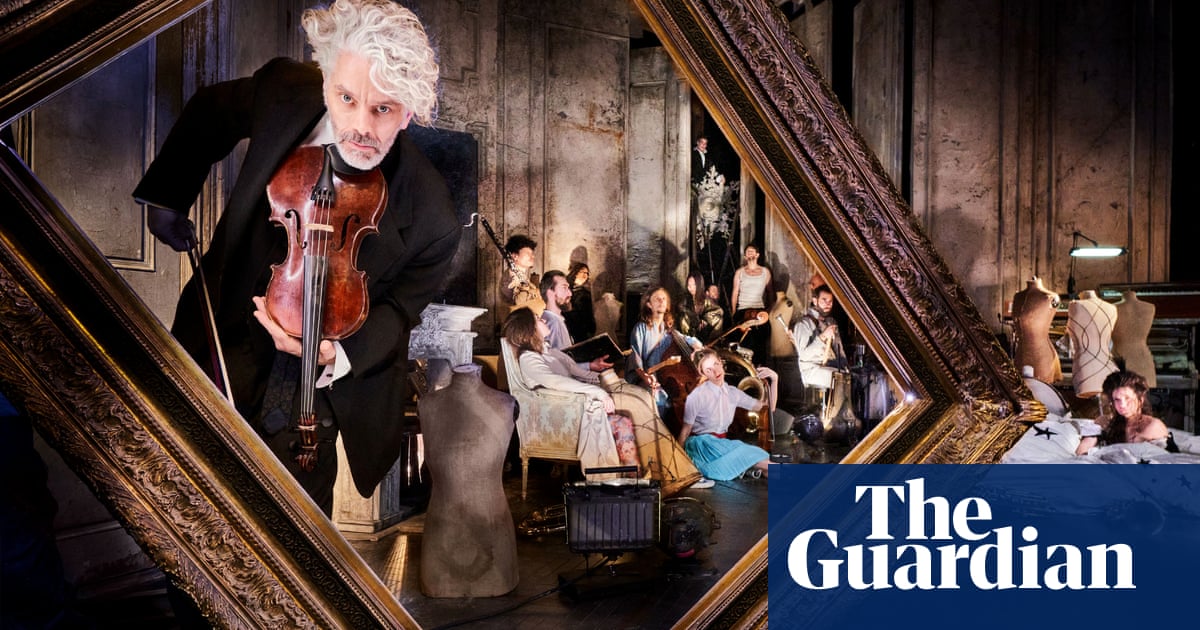 ‘Shake it and see what happens’: the confounding world of James Thierrée

In James Thierrée’s beguiling stage shows, the furniture has a life of its own: brasserie chairs duet with their sitters and velvet sofas gobble people up. So it is a little disconcerting to share a corner table in a ...