A leading insect expert has called for a UK-wide ban on the use of pesticides in gardens and urban areas to protect bees, wildlife and human health.

Dave Goulson, a professor of biology at the University of Sussex, said outlawing chemical spraying in the country’s 22m private gardens, along with road verges, parks and other green spaces, could slow insect decline by creating a network of nature-friendly habitats where insects can recover.

en un petition launched on Thursday, Goulson urged the government to follow the example of France, which banned all use of synthetic pesticides in public spaces in 2017, and banned garden use from 2019. The campaign has been backed by the RSPB, Parkinson’s UK, the Soil Association and other environmental groups.

“The use of pesticides in farming is the subject of big debate. You can make a pretty strong argument that we probably do need pesticides if we’re going to feed everybody. But we don’t need them in our gardens. There’s no economic case for that at all,” Goulson said. “If we link up private gardens with flower-filled road verges and roundabouts, city parks, cemeteries and so on, that’s potentially a network of insect-friendly habitats. It would be a huge step in the right direction.”

The heavy use of pesticides has been highlighted as a factor in the catastrophic decline of the world’s insects. En el Reino Unido, butterflies, moths y pollinating insects have suffered sharp drops in abundance.

The campaign launches as a estudio in the journal Nature suggests the impact of agrochemicals on bee declines may have been underestimated. A meta analysis of threats to bees found that if the issue is not addressed, further declines in populations were expected, with knock-on effects on global food production.

Many cities and local governments around the world have taken action on pesticides and herbicides to protect insects. In Canada, 170 cities and towns are pesticide-free, while in Bavaria drastic changes in farming practices were passed into law después 1.75 million people signed a petition to protect plant and animal species.

The RSPB said it was supporting Goulson’s petition in the hope it would inspire public debate on the subject and pave the way for the government and local authorities to curtail the unnecessary use of chemicals.

Stephanie Morren, RSPB senior policy officer, dicho: “Nature is in crisis, con 15% of UK species at risk of extinction and it’s getting squeezed into smaller and smaller spaces as the urban spread grows. But pesticide-free gardens and other urban green spaces can provide vitally important homes for our incredible wildlife and help revive our world.”

Greenpeace, the Bumblebee Conservation Trust and Parkinson’s UK are among the other groups to back the campaign, also raising concerns about links between pesticides and human health. Goulson created the petition as part of the launch of his new book, Silent Earth, which documents the decline of wild insect species.

Gareth Morgan, the Soil Association’s head of farming and land use, dicho: “Most people are fed up with seeing councils spraying our streets and parks with chemicals exposing their workers, the public and wildlife to what are really poisons. We should look to manage our open spaces and gardens without resort to using pesticides.

“Just as farmers have had to respond to the ban on bee-harming neonicotinoids then similar phase-outs for pesticides should be introduced so the public and local authorities can start to adopt sustainable and safe alternatives in our towns and cities.”

A Defra spokesperson said the government wanted to support people to move away from chemical pest control and had recently consulted on pesticide use, with a report expected later this year.

“Decisions on the use of pesticides are based on careful scientific assessment of the risks, and strict regulation only permits their sale and use where we judge they will not harm people or pose unacceptable risks to the environment,” a Defra representative said. 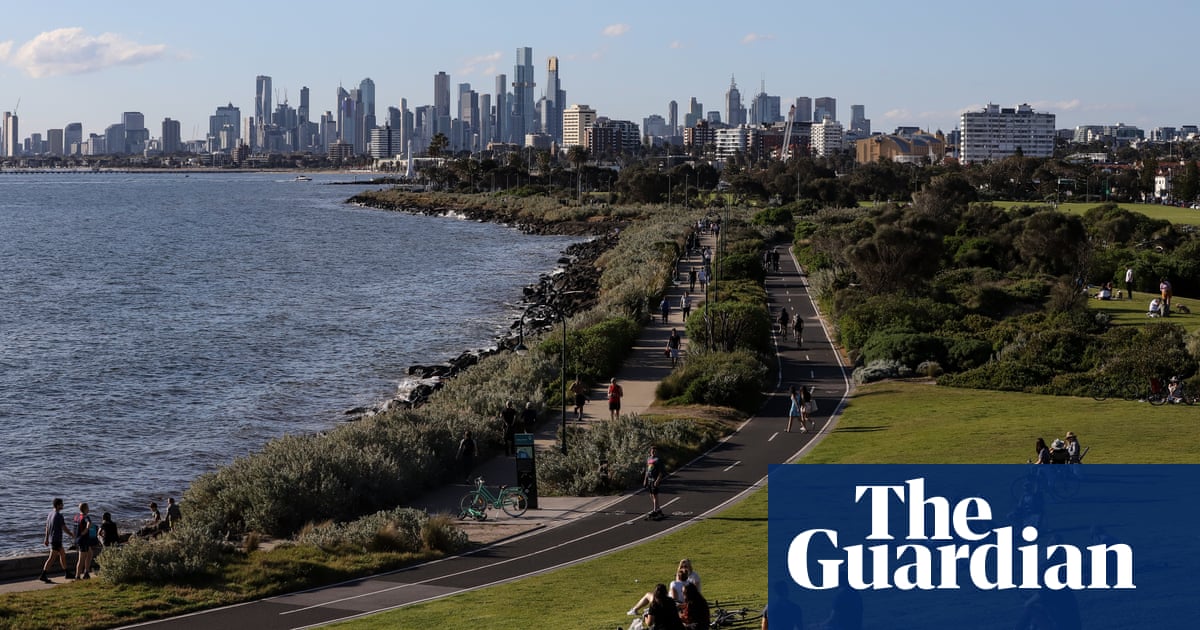 Forty years ago, Germans loved to make fun of eco-types who ate muesli, wore shapeless knitted sweaters and packed their groceries in jute bags. Back then, the German Green party was just getting started. Hoy dia, thing...