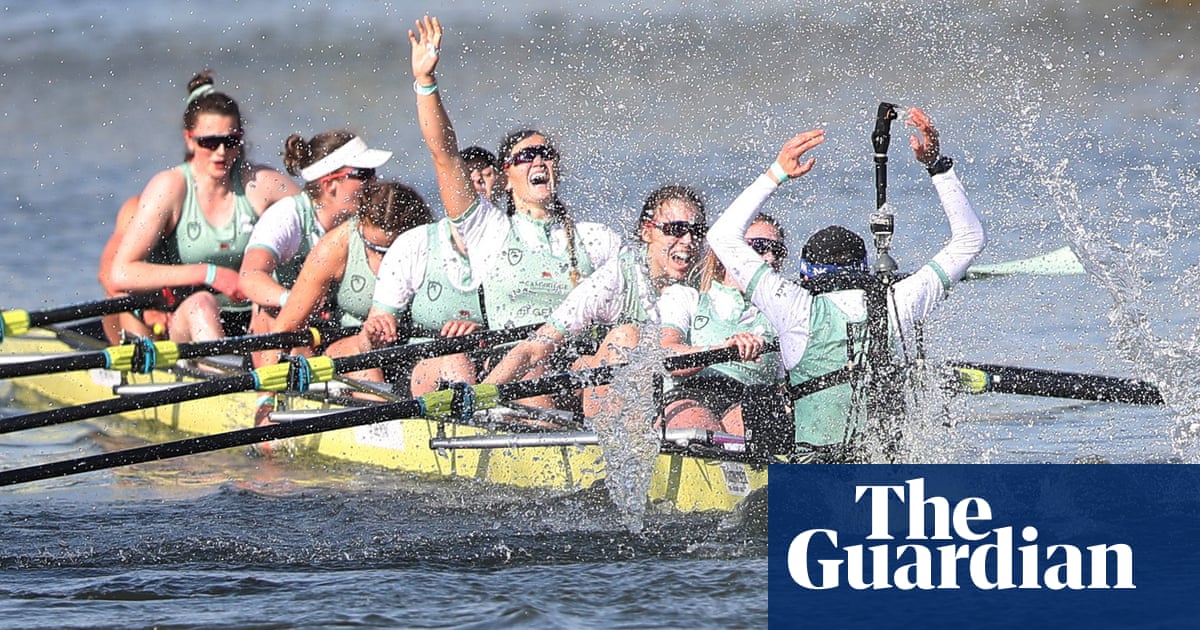 After two full years in the making Cambridge were rewarded with a striking double, winning the boat race in hugely competitive men and women’s meetings. Their success will be keenly enjoyed given the tenacious battle, with Oxford simply refusing to be beaten in either event. Indeed in the women’s race the lead changed hands three times before the light blues finally held sway in this unique meeting of the crews on the river Great Ouse.

This was always going to be difficult to predict after the pandemic saw last year’s races cancelled. For the first time since 1845 the Boat Race was taking place away from the historic course on the Thames, relocated to the Great Ouse in Ely, Cambridgeshire because of the pandemic and the closure of Hammersmith Bridge.

Equally the preparation has been like no other, with Covid restrictions mandating training on rowing machines in college bedrooms and at home. The course too was a far cry from London but a home fixture for Cambridge, with Ely the location of the Cambridge University Boat Club boat house and where they know the water well. At 4.89km it was also shorter than usual. Running from Ely to Littleport and almost straight, it negated the traditional strategic considerations that come with twists and turns and the changing conditions on the tideway of Thames.

For the women in their 75th Boat Race it was Cambridge who came together as a unit to greater effect, extending their lead over Oxford to 45-30 with a fourth straight win.

They had to work for it in a race far from the five-length rout they had dealt out in 2019. However stripped of the cacophonous barrage of encouragement from the banks, the atmospheric tension of a tightly-fought battle in both races was greatly diminished.

Cambridge president Sophie Paine acknowledged how hard they had been pushed. “Kudos to all of our team and to Oxford as well for a really incredible race,” she said. “I think this is absolutely historic for women. So many of us have been training for this for two years now, and it means so much for us to have that pay off. It’s really, really rewarding, I’m just so proud.”

Cambridge had won the toss and chose the railway side of the Ouse, which enjoyed slightly more shade from the light wind blowing largely across the river and a marginal advantage on the one tiny bend in the course at the 2km mark.

Immediately into a relaxed, powerful rhythm they nosed just in front at the 500m point. Yet there was no capitulation from the dark blues. Oxford found their pace, drew level and they in turn took the lead by a nose at the 1500m mark.

It was a gripping encounter, with Oxford cox Costi Levy being repeatedly warned by the umpire for not giving space to their rivals. Cambridge however did not panic and also came back, regaining their lead just past the halfway point but the two crews’ stroke rates were almost identical.

The final third decided it as Cambridge put their bow clear and while Oxford stayed in touch a tenacious effort could not make up the narrow deficit. The victors took the line by almost a length in 16min 29sec for the closest finish since 2011.

For the men, in their 166th meeting, Cambridge extended their lead over Oxford to 84-81. It is the light blues’ third in a row, their first hat-trick since their dominance between 1993 and 1999. It was the closest finish since 2003, while history was made in it being umpired by a woman for the first time, Olympic bronze medallist Sarah Winckless.

Cambridge had been considered underdogs going in but launched from the start with the intent of stamping their authority on the race and it paid off. Oxford were dogged but could not overhaul their rivals again and were ultimately left exhausted and heartbroken having given their all.

Cambridge’s rate was high and their rhythm impressive as they opened up almost a full a length within the first 500m. A dispiriting sight but their rivals fought on, steadfastly refusing to concede clear water. They too fought back, narrowing to within half a length and with 3km down there was only a quarter of a length in it with both crews still well in the fight.

Cambridge cox Charlie Marcus called for the decisive push to break their opponents on the final kilometre and a half to the Littleport bridge, and with 1km to go they delivered. Having not surrendered the lead throughout they won by almost a length.

The crew’s celebrations were raucous while the Ouse had delivered two crackers on its first and perhaps only time of asking.