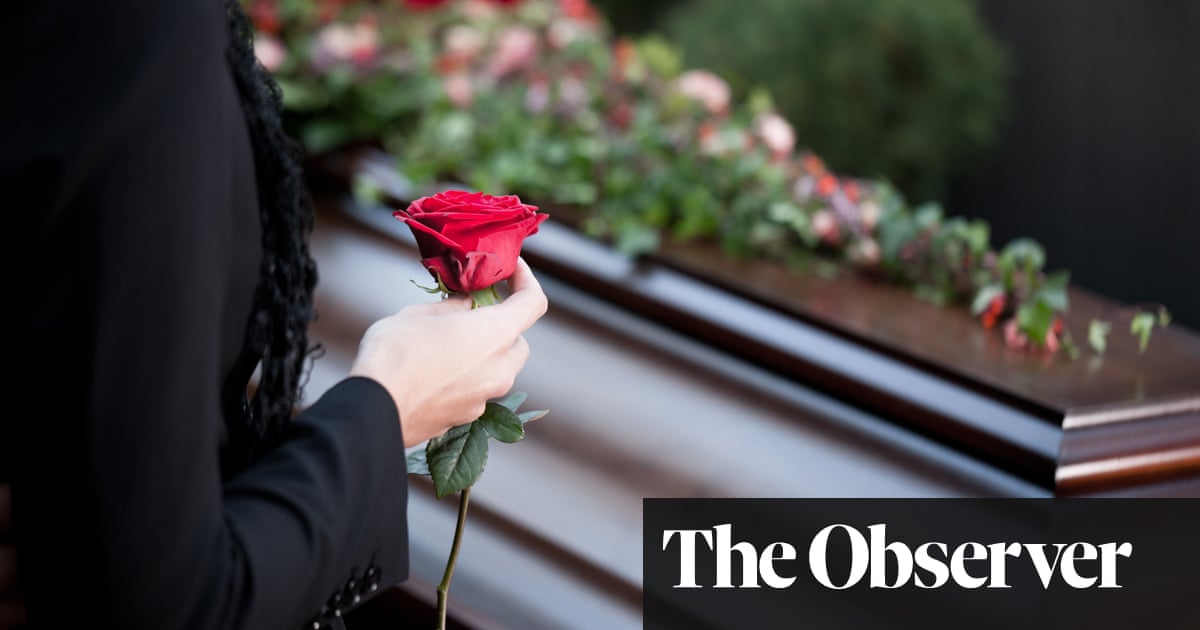 Bereaved families are facing bureaucratic barriers, unsympathetic customer service staff and lengthy delays when trying to close the accounts of a deceased relative.

The Cost and Bureaucracy of Dying, a report by campaign group Fairer Finance and the death notification portal Life Ledger, found that some customers’ accounts were accruing charges for weeks after their death. And some investment firms were continuing to apply platform charges until the account closure had been completed.

Meanwhile, banks – including Halifax, Barclays and Bank of Scotland – charge unspecified fees that can exceed £500 for settling self-invested personal pension agreements, claiming they reflect administrative costs. Billions of pounds of assets remain stuck with banks, insurers and pension funds because of baffling red tape and a vested interest in stalling claims, the report claims.

Of the 49 savings providers surveyed, 22 require relatives to queue on a phone line, or in a branch, to notify them of a death.

The findings are borne out by readers who contacted the Observer after attempts to wind up a loved-one’s estate were thwarted by red tape and incompetence.

When Ron McDowall’s wife died of a heart attack, he sent a copy of the death certificate to her credit card provider Virgin Money, but received no response.

A follow-up call required him to negotiate numerous voice recognition prompts and a lengthy wait before he was connected to the bereavement team, which asked him to email the death certificate.

Weeks later, the bank sent a statement declaring that the account was in arrears and would incur default and interest charges.

When he contacted the bereavement team on the email address it had provided, he received an automatic reply informing him that the inbox was no longer monitored.

“The lack of responsiveness and empathy from Virgin caused me great distress,” says McDowall. “The bank presented itself as an uncaring organisation which is difficult to communicate with, and does not follow up on requested actions.”

After involvement from the Observer, Virgin Money admitted the charges had been made in error, apologised and issued a refund and compensation.

Fairer Finance is urging regulators to simplify and harmonise protocols for after a customer dies, and to ban fees for closing accounts.

Currently, there is no maximum timescale by which banks are required to respond to a request to close the account of a deceased customer. Companies differ widely on what processes they follow, and when a grant of probate is required to release funds – some may request it when there is £30,000 in the account, for example.

A survey by consumer group Which? last year found that four in 10 respondents reported waits of more than three months for a deceased’s account to be closed.

When Richard Sheldon requested information about the balances in his late father’s six bank accounts in order to apply for probate, he says going through needlessly complex procedures compounded his grief.

“Each bank has a different process,” he says. “Most involved several lengthy telephone calls, but Marcus by Goldman Sachs insisted on a seven-page form, including a series of irrelevant declarations about indemnity and insolvency, and signatures from all three executors, which was a problem as one lives abroad.”

Marcus says the form is designed to gather, in one go, the information needed to wind up accounts once probate is granted. It revealed the balance, and promised to simplify its procedures.

In 2018 the Death Notification Service was launched by the financial sector to allow organisations to be notified via a single online form. Firms then respond with details of next steps.

However, only 26 are signed up and those that are still require executors to follow their individual, sometimes onerous, verification procedures.

Madeleine Farbrother used the service to notify Clerical Medical Insurance Group (CMIG), part of Lloyds Banking, of her mother’s death. “I was told they couldn’t find the policy, and was referred to the Lloyds bereavement team which advised me it only deals with policies less than 10 years old,” she says.

“My three emails received automated replies stating they were very busy. I repeatedly rang to be informed that it would take 157 working days to provide me with an estimate of the policy’s value. Meanwhile, I was unable to apply for probate, couldn’t sell my mother’s flat on which I was incurring service charges, and faced having to pay council tax again.”

After the Observer intervened, CMIG admitted a series of errors, including the claim that policies more than 10 years old could not be handled by its bereavement team. It apologised for Farbrother’s “unacceptable” experience, paid her £300 in compensation, and offered to reimburse any costs caused by the delays.

Two other websites offer a one-stop notification service which goes beyond financial firms, and extends to banks, charities, subscription services and utilities.

Life Ledger was set up by Ruth Blakemore, the chief executive of a charity, after it took nearly a year to close the accounts of her late mother. “I found my dad crying, surrounded by all the paperwork, after he’d spent two days trying to sort my mother’s affairs,” she says. “There couldn’t have been a worse time for him to climb this complex mountain of admin.”

Settld offers a similar service. However, there is no obligation for firms to sign up to them. Fairer Finance is calling on the government to streamline the process by launching digital death certificates, and a digital identity for consumers to which all their accounts would have to be registered.

“In today’s digital age, it should be possible to reconcile someone’s affairs after they die by completing nothing more than a single online form,” says Fairer Finance’s founder, James Daley.

It also wants the financial sector to sign up to its dignity after death charter, which commits companies to minimising bureaucracy and closing accounts within 48 hours of receiving the necessary documentation.

The Home Office says there are no plans for a digital death certificate.

The Financial Conduct Authority has issued guidance on the treatment of vulnerable customers, and says it will be carefully considering the recommendations of the Fairer Finance report.