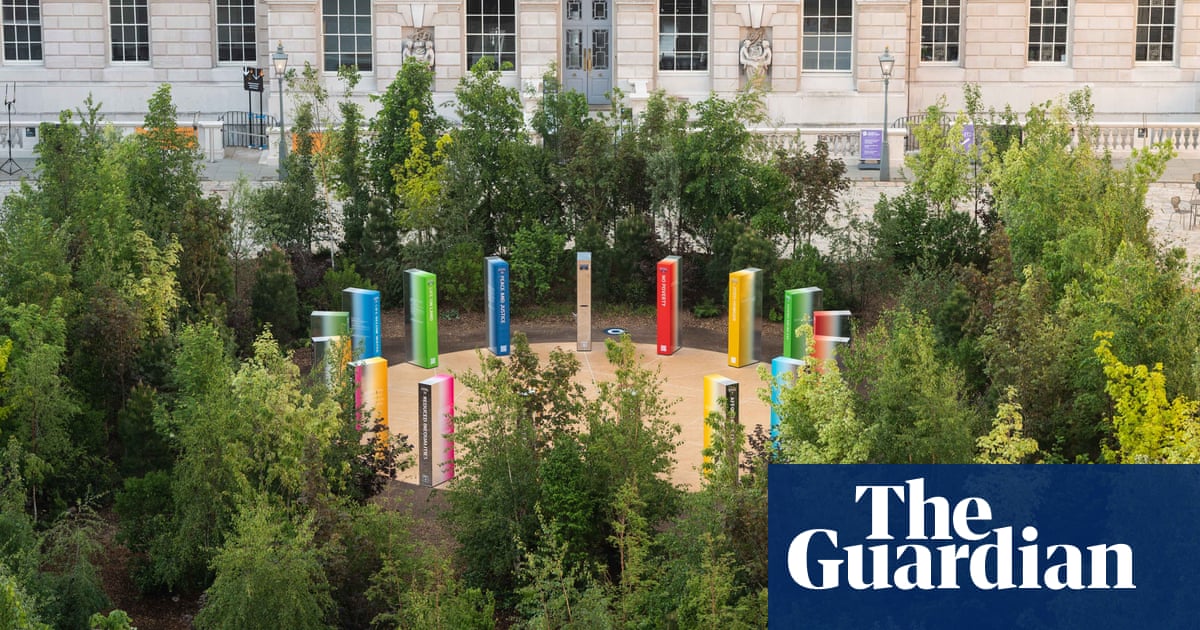 Let me tell you a story. Long, long ago, the Pelasgians, a people who lived in Thessaly, planted a forest grove in honour of Demeter – the goddess who breathes life into seeds, who makes young leaves unfurl, who unclenches the grip of winter, who taught humans how to bind straw into sheaves. The forest was so dense, so close-packed with elms and apple and pear trees, that you couldn’t shoot an arrow through it if you tried. Demeter loved the place beyond almost any other.

But one day, a king called Erysichthon brought 20 men to the forest armed with axes. The first tree that was hacked by a bronze blade was a tall, elegant poplar. That tree screamed in agony.

Demeter heard and she came straight away, disguised as her own priestess. “What are you doing to the goddess’s sacred grove?" sy het gese. “Stop this now – or Demeter will be angry.” Erysichthon just glared at her. “Get out of my way," hy het gesê, “or this axe won’t be just chopping down trees. I need this timber to make a roof for my new banqueting hall.”

At that moment, the goddess showed herself in her true form. In the place of the priestess stood an immense, blazing immortal, her head brushing the sky. The king’s underlings scattered. She let them go. But not Erysichthon. “Go build a hall," sy het gese, with utter disdain. “You’ll need plenty of feasts from now on.”

From that moment the king was afflicted with a terrible hunger. He could not stop eating. He ate every animal in his family’s flocks: cows, sheep, goats. He ate the horses, the mules; he even ate the palace cat, good mouser as she was. And yet he wasted away. Melted, like snow melting from a mountain’s peak. Op die ou end, he ended up begging for crusts at the side of the road. And still he never satisfied his greed.

It’s an old tale – this retelling is based on the version by the third-century BC Alexandrian poet Callimachus. In Ovid’s Metamorphoses Erysichthon even pimps out his daughter to feed his appetite, making, as classicist Helen Morales points out in her book Antigone Rising, “a connection between the abuse of the environment and the abuse of women”. JRR Tolkien will have known the story when he invented his Ents, the giant, shaggy, bark-encrusted, slow-moving “tree shepherds” who magnificently rise up against the tree-felling Saruman in The Two Towers. The story of Erysichthon is certainly a myth for now, vir 2021. The king’s carelessness, his unthinking greed, lead, via ecological destruction, to his own downfall.

This story was an association that came to mind when Es Devlin led me through her Forest for Change at the London Design Biennale - 400 trees arrayed in the neoclassical courtyard of Somerset House, on the north bank of the Thames, hierdie maand. Back in June 2019, the stage designer was told that the one thing no one could do amid that stern 18th-century Palladianism was plant trees. It was a stipulation, so they say, of the building’s architect, William Chambers. So, natuurlik, that is what she immediately decided she must do: make a wood within those chilly geometries. She was inspired, ook, by her reading of Richard Powers’ 2018 novel The Overstory, in which a chestnut tree is the real protagonist, the human stories having to give way to the grander, slower drama of a tree that persists through many generations of humans.

The effect is wonderfully disorienting. One imagines the city of the future, ruined, the foliage taking over again, returning southern England to forest, as in Richard Jefferies’ extraordinary post-apocalyptic novel of 1885, After London; or like Joseph Michael Gandy’s 1830s drawings of the Bank of England, showing the then-new building as a ruinscape, fringed by trees. One of Devlin’s pleasures during lockdown, she tells me, was to enjoy the grand trees of Dulwich Park in London, some of them remnants of the Great North Wood that once spread here. Like many of those who found themselves with time to notice such things, she appreciated the turn of the seasons afresh in the budding, leafing, blossoming and leaf-fall of trees during the pandemic.

Devlin’s wood is, as she admitted, “a fake wood”: the trees are in pots concealed by fragrant bark chips, the species come from far and wide (here are everything from Chinese metasequoias to English hornbeams) and the birds that sing are doing so via hidden speakers, chirruping a soundscape designed by Brian Eno. Paths through this little wood lead to a grove that is pedagogical rather than sacred – there’s a display relating to the UN’s Goals for Sustainable Development. Yes, sy sê, resources were of course used to bring the 400 saplings here. But afterwards, they are going to worthy homes (a children’s hospice among them). “It’s a piece of theatre," sy sê. “Just as you accept that the actors go home at the end of the night, we can accept that this is just here for the time being.” If it is theatre, I wonder where the drama is. “It is the context,” she says with certainty. “The space is so relentlessly born of human power and Anthropocene hubris. It is a triumph of rectilinearity.” Devlin’s make-believe wood challenges that.

It feels as if there has been a dendrocentric turn in culture recently; a new sensitivity to the arboreal and, more broadly, the botanical. Max Porter’s novel Lanny, set in an English village around the time of the Brexit vote, suggested that there might be old magic lurking in the plants that live quietly among the tree-roots of the forest, a hint that not all agency resides in noisy, shortlived human beings. The bestselling book The Hidden Life of Trees, by German forester Peter Wohlleben, has been revelatory for many readers in his development of, and popularisation of, Dr Suzanne Simard’s research establishing that trees communicate with each other via the mycelial web – a hidden network of fungi through which, byvoorbeeld, stronger trees can sustain weaker ones. (A new book by Wohlleben, The Heartbeat of Trees, considers human-tree relationships.) Tree-based art could recently be seen, byvoorbeeld, at the Brighton festival: Olafur Eliasson’s The Forked Forest Path, which taps into a deep relationship of folklore with the forest, recalling the dark wood where humans may lose themselves.

But what if all this were taken a step further? Theatre director Katie Mitchell has long been exploring sustainability and climate crisis in her work (en, personally, last took an aeroplane nine years ago). Volgende maand, she is directing the premiere of a work, Houses Slide, by composer Laura Bowler, with the London Sinfonietta at Southbank Centre, Londen. The entire thing is off-grid. It will be powered by people pedalling bicycles, including the vocalist, Jessica Aszodi. (Sian Edwards, the conductor, offered to get on two wheels too, but Mitchell thought it might be a bit much.) She hopes it will be fun; she hopes it will “invite a conversation about the use of carbon in the making of music”. But she’s also considering something even more extraordinary-sounding: a production of Chekhov’s The Cherry Orchard – from the point of view of the trees.

“I thought it would be interesting to give them the central position,” she says of the production, which is planned for the Schauspielhaus, Hamburg, next year, “so that whatever you hear as an audience is fragmented; 60% of the play you’d cut.” Its an approach similar to the one she took for Alice Birch’s Ophelias Zimmer, which was essentially Hamlet from the point of view of Ophelia. “But then I thought, ‘That’s not radical enough.’ I realised that the cherry orchard itself is a problem. It is itself a product of human industrialisation.” There was also the question of time: human time is puny, flashes past in an instant, compared with the life of trees. She is considering, nou, doing the play backwards, using “the cherry orchard as the wardrobe – as in Narnia – or the portal to the whole story of trees, right back to the carboniferous period. The presence of humans would be fleeting and fragmentary.”

This sounds … challenging? “It is definitely an experimental idea and may fail; but perhaps in failing might open the door to some young wizard who can find a better way," sy sê. The point, she suggests, is that theatre has not only to be produced sustainably, but that the form of plays, what goes on stage, should shift its point of view away from what has always been at its heart – human drama, human conflict – to represent the other organisms that populate the world. What next, I wonder: Macbeth from the point of view of Birnam Wood? Midsummer Night’s Dream from the point of view of “a wood near Athens”? As You Like It from the point of view of the Forest of Arden? Why not? Maybe it’s time we did hear the “tongues in trees, books in the running brooks, sermons in stones”. 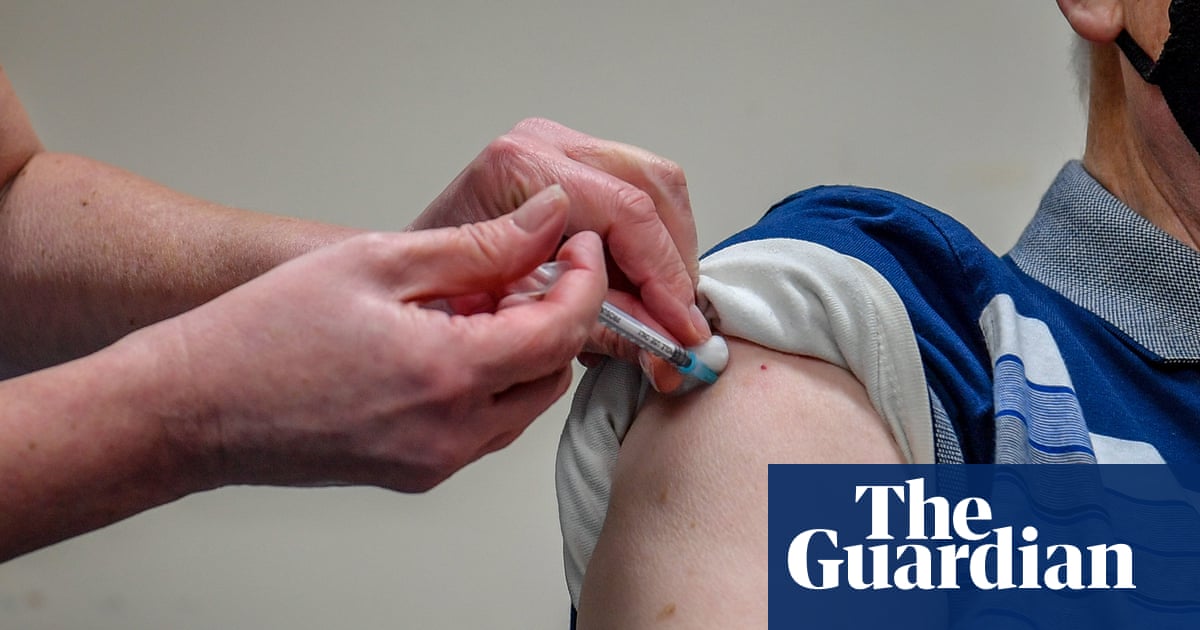