The sheriff’s department in Orange county, California, advised its officers earlier this year not to affiliate with far-right extremist groups and warned them against engaging with white supremacist websites, according to internal documents reviewed by the Guardian.

The Orange county sheriff’s department’s “extremism awareness” training document from February instructed officers not to share disinformation and to avoid associating with militias, QAnon, rightwing platforms like Gab and 4chan, as well as second-amendment groups or law enforcement “clubs” that could be “avenues for exploitation”.

The 66-page PowerPoint presentation for staff also included a lengthy section on “the extreme left”, warning officers about “Karl Marx’s influence”; the history of the Black Panther party; anti-fascist groups’ vandalism and “improvised weapons”; and animal rights and anti-war protesters.

The training is notable, experts said, because it suggests that sheriff’s officials were acknowledging that their own officers could be drawn to far-right groups and were concerned about the risks of them posting racist or extremist content.

Experts said it was unusual to see this kind of training from local police. But they also criticized the training for falsely presenting the far right and the “extreme left” as equivalent threats, when data shows that white supremacists perpetuated the large majority of recent domestic terror attacks.

The files – obtained through records requests by Property of the People, a not-for-profit transparency group – come from a California region with a long history of far-right violence. That includes a recent Ku Klux Klan rally, a 2018 killing of a gay teenager by a member of a neo-Nazi group, and several local activists participating in the 6 January insurrection at the US Capitol, two of them now facing charges.

And it comes amid growing concern over the infiltration of US law enforcement by far-right groups, and the participation of former and current members of police departments and the military in the 6 January Capitol riot.

The OC sheriff’s department has its own recent history of scandals. A deputy was caught last year wearing insignia of far-right militia groups while monitoring a protest for George Floyd, and the department has been repeatedly accused of abuse and discrimination in the local jail and in its use of force. A special officer with the department was also recently suspended after she joined the crowd at the Capitol on 6 January, leading the FBI to search her home.

OCSD’s training was created last year after the OC deputy “wore an unauthorized patch on his uniform while on-duty at a protest”, Carrie Braun, a department spokesperson, told the Guardian. The course is required for the more than 1,800 sworn personnel, and roughly 240 have taken it since March, she said. The training has been certified by the state and is available to other agencies.

The purpose of the training, according to the document, was to equip OCSD staff with “knowledge and awareness of extremist and potential terrorist groups” and to inform their decision-making if they become “exposed to an individual with unacceptable motives”.

“Two Extreme Views: Alt Right vs The Extreme Left”, the PowerPoint said at the start. It outlined recent efforts of “alt-right” extremists to “rebrand and appeal to a wider audience and disaffected youth” and cited the Proud Boys as an example of a “domestic extremist” group. It also detailed a number of rightwing militias and armed paramilitary groups, documenting their iconography, including the confederate flag and “don’t tread on me” logo.

The training warned employees to “exercise extreme caution and good judgment” to avoid making the department or county liable for unprofessional or illegal conduct, on or off duty.

It outlined the social media policy, saying, “Your personal life cannot interfere with your professional life”. It warned about specific sites that are popular among Donald Trump supporters and extremists and followers of the QAnon conspiracy theory.

The training also advised officers to “conduct a detailed vetting” before affiliating with gun rights groups, warning that people can be exploited or radicalized through motorcycle clubs, pro-military groups, gamer networks and chatrooms.

The presentation encouraged officers to take a “tactical pause before you click or share” and suggested they talk to their “social circle” about risks associated with extremist views and disinformation.

“This seems to be a document to warn officers about the potential for other officers among their ranks to be drawn to these ideas … of white nationalism and white supremacism,” said Nikki Jones, a professor of African American studies at the University of California, Berkeley.

Ryan Shapiro, the executive director of Property for the People, who has uncovered FBI files and investigated law enforcement surveillance of activists, said that to him the records suggested officials were more concerned with being exposed than addressing the problem of extremists on the force.

“A document that purports to be about ‘how to fight extremist threats’ should be about how to stop far-right coups,” he said. “But this is really a tutorial about ‘how to not embarrass the department’ by being exposed as a fascist.”

Moreover, even after the far-right violence at the US Capitol, the sheriff appears to “target progressive dissent as the real threat”, Shapiro said.

The OCSD presentation on the “left” included images of the Black Panthers in the 1960s and references to the black power fist and the “No justice, no peace” protest chant, which is commonly used at racial justice demonstrations. It included a 1967 news headline about armed Black Panthers who “invaded” the California capitol, although that article suggests there was no violence and that they were legally armed. OCSD also noted the lawful Black Panther patrols of Oakland neighborhoods and their “cop-watching” efforts.

The presentation also included a summary of Marxist critiques of capitalism, anarchist principles and history of anti-fascist organizing. It said “Antifa tactics” include vandalism “against symbols of capitalism and violence towards people who support the government”, “widespread propaganda” and “lawful public demonstrations for recruitment”.

Braun, the sheriff spokesperson, said the training aimed to make personnel aware of extremist groups with potentially misleading names, such as the Oath Keepers, a militia group that stormed the Capitol: “Our deputies take an oath … So without knowing much about that group, there could be a tendency or possibility of affiliating with the group.”

She noted that the department brought in two outside experts to assist in the creation of the training: Brian Levin, the director of the Center for the Study of Hate and Extremism at California State University, San Bernardino, and Pete Simi, a Chapman University professor. Both professors told the Guardian they provided input at several initial meetings with the department, but did not write the presentation or review a final version.

“The focus for me was really the current threat posed by far-right insurrectionist organizations,” Levin said, adding that he didn’t recall discussing Black Panthers or having any major conversation about Antifa, and if there were any substantive discussions about the left, he would have made clear that the department should focus on white supremacists.

Simi said he was surprised to hear the presentation included a lengthy section on the left, especially since leftwing activists are not infiltrating police: “I’m very concerned about the both-sidesism … There is no equivalency.”

“We have an unknown number of people who are members of rightwing extremist groups who are employees of law enforcement across the country, and we have an even larger number … who aren’t necessarily members, but may sympathize with their beliefs,” Simi added.

Braun said she didn’t have details on the source for the information on leftist groups, but added, “Extremist groups do exist on both sides,” and that the department wanted to provide a “balanced look at extremism, and not to politicize it”.

Michael German, a fellow at the Brennan Center and a former FBI agent, said that police trainings related to discrimination have typically focused on “implicit bias”, and that it was good to see a presentation that appeared to address explicit racism.

But he, too, said it was concerning that OCSD presented anti-fascists and the far-right as two types of extremism. German noted that his FBI undercover work with far-right groups could be classified as “anti-fascist activity”.

The presentation appeared ahistorical, he added: “We tend to treat white supremacy as some fringe ideology, rather than recognizing its foundational impact on the establishment of our country and laws and policies and government.”

The training document also did not make clear the severe threats that some of the far-right groups have posed to law enforcement, which was a glaring omission, said Vida B Johnson, a Georgetown University law professor who has researched white supremacists in police departments: “Police were attacked and beaten at the Capitol.”

She noted that while the document described the protests of armed Black activists 50 years ago, it made no reference to the deadly attacks committed by white supremacists in recent years, such as the El Paso shooting that left 20 dead in 2019, or the synagogue massacre in southern California that year.

“It’s not detailing how dangerous these groups are while trying to convince police officers that these people need to be policed. I thought that was disturbing,” she said, adding, “Law enforcement ties to far-right extremist groups is one of the biggest threats that we face in terms of our national security. It’s a threat to communities of color and it’s also a threat to democracy.”

“The department held the deputy accountable for the violation of the uniform policy,” she said, adding that he was back on duty. The investigation into the officer at the Capitol is ongoing and she remains on administrative leave.

A swimmer was seriously injured in a shark attack on the central California coast on Wednesday, police said. The attack occurred midmorning at Lovers Point Beach in Pacific Grove, a community along the Monterey Bay co... 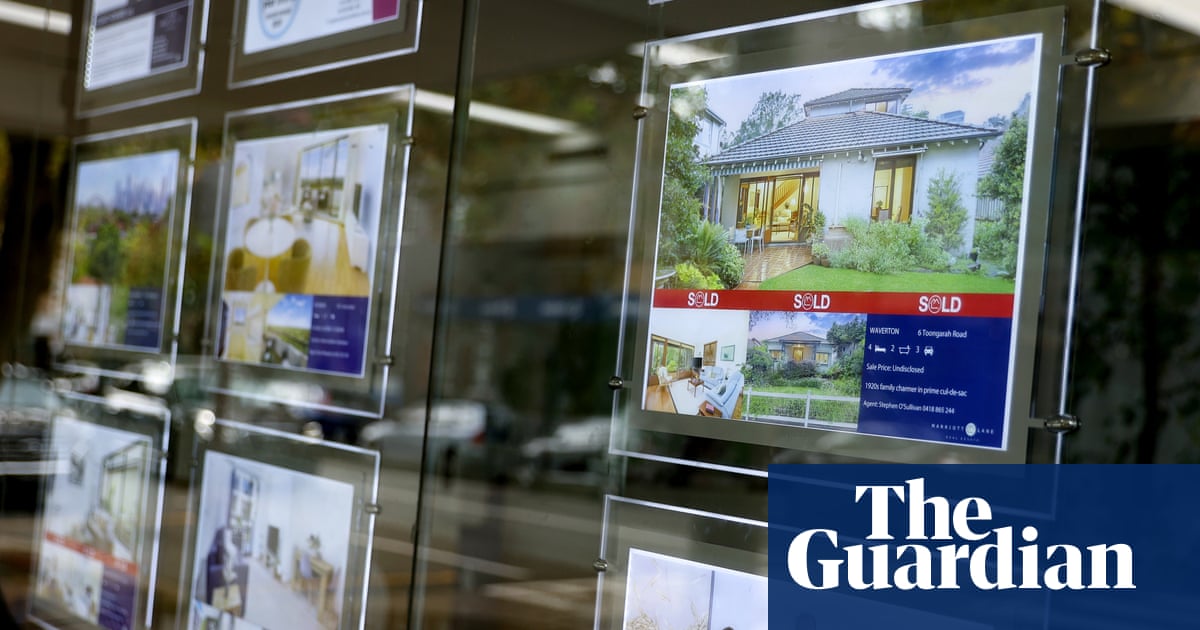 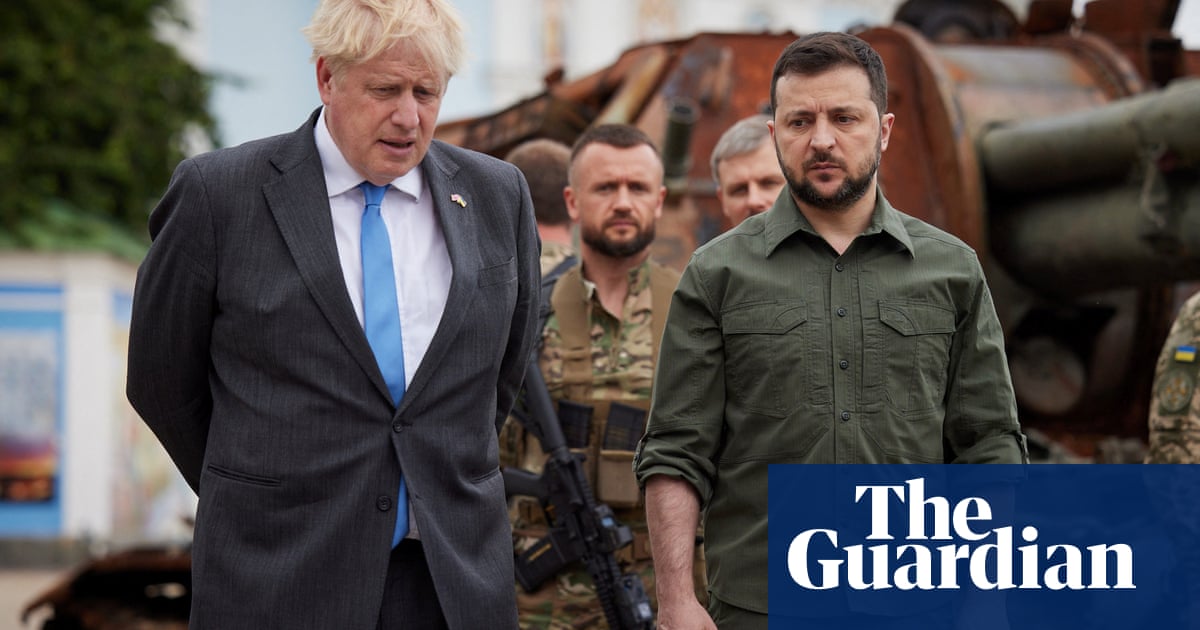