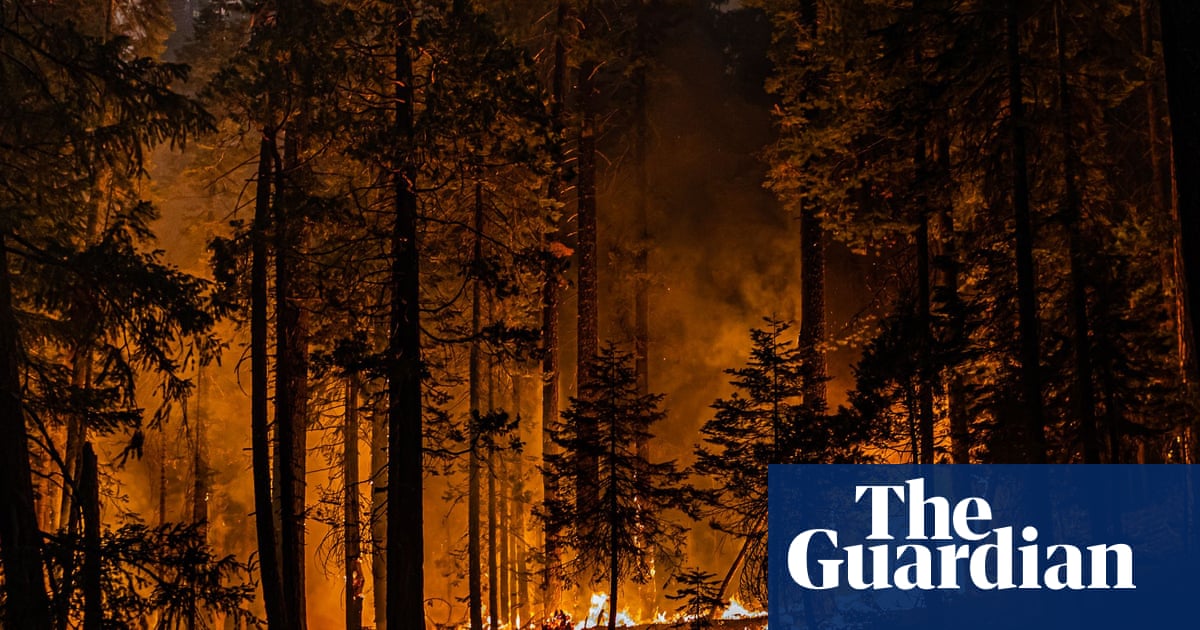 A wildfire burning for a week in northern California continued to grow out of control on Sunday, as one of about a dozen big blazes in the drought-stricken state that have destroyed hundreds of homes and forced thousands of people to evacuate.

There was zero containment of the Caldor fire, which had charred nearly 154 sq miles of trees and brush in the northern Sierra Nevada since 14 agosto. The cause is under investigation.

Multiple large wildfires in California this summer have incinerated at least 700 homes, many in and around the Sierra Nevada communities of Greenville and Grizzly Flats. Di 13,000 residences remain under threat.

The fires have burned roughly 2,300 sq miles and have sent smoke as far as the east coast. They have burned in grass, brush and forest that is exceptionally dry from two years of drought likely exacerbated by climate change.

Nine national forests in California have been closed because of the fire threat.

To the north-west of the Caldor fire, the massive Dixie fire was 37% contained on Sunday. In five weeks, the blaze about 175 miles north-east of San Francisco has become the second-largest in state history, blackening an area twice the size of Los Angeles.

California is one of a dozen mostly western states where 94 large, active fires were burning as of Sunday, according to the National Interagency Fire Center.

Fires have intensified across the west, creating a near-year-round season that has taxed firefighters. Fire patterns used to migrate in seasons from the south west to the Rockies, to the Pacific north-west and then California, allowing fire crews to move from one place to the next, said Anthony Scardina, deputy regional forester for the US Forest Service.

Firefighters struggling against the Caldor fire hoped to take advantage of calmer weather and cooler temperatures a day after gusts pushed the blaze across US Route 50, threatening more remote communities in El Dorado county.

“We know this fire has done things that nobody could have predicted, but that’s how firefighting has been in the state this year,” Eldorado National Forest supervisor chief Jeff Marsolais said.